Newsmaker of the Year: No. 9, Global growth of women's game 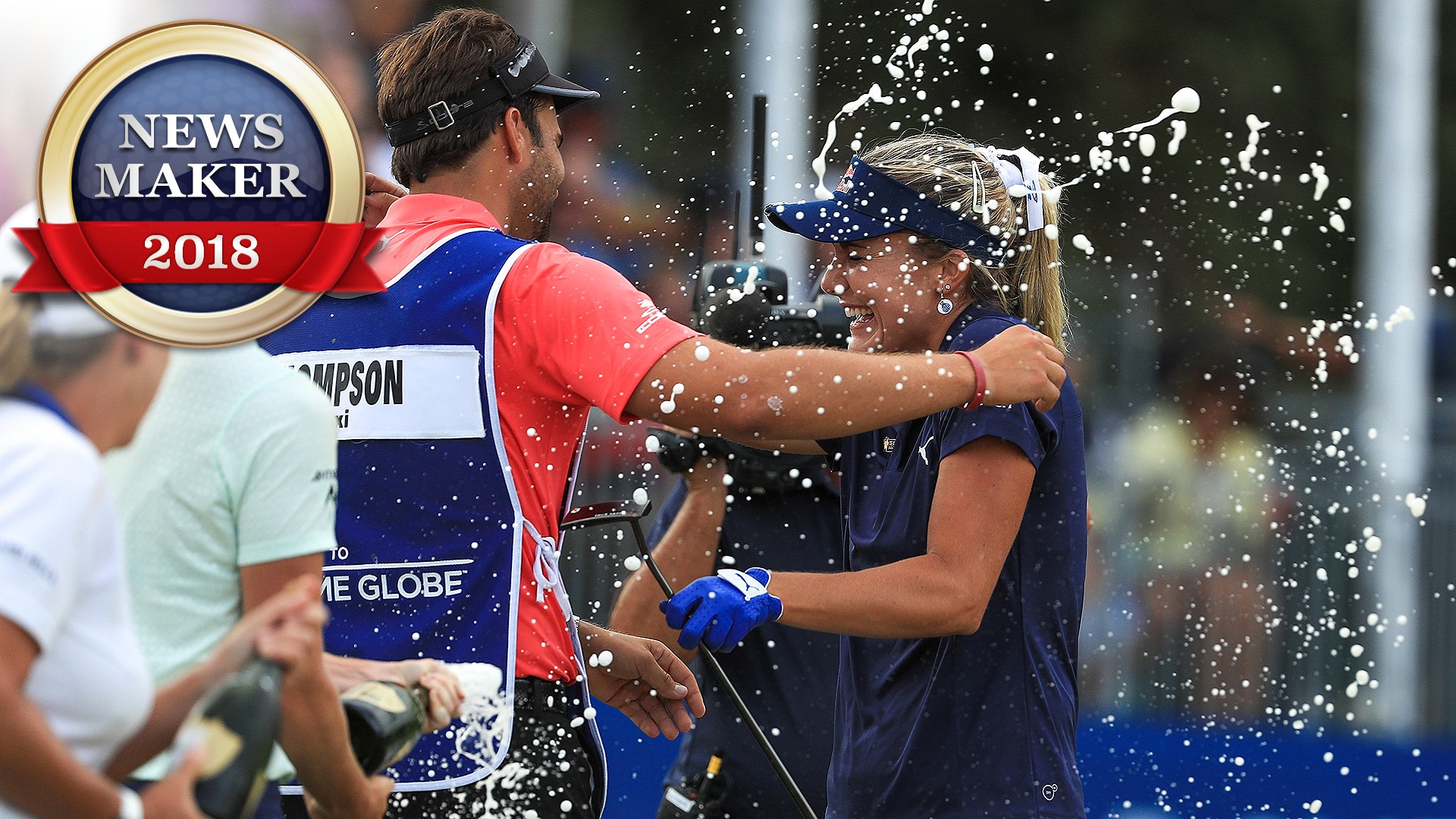 Somebody cue up “I am woman.”

Helen Reddy’s 1972 hit would be a fitting theme song for GolfChannel.com’s No. 9 Newsmaker of the Year.

The growth of the women’s game was evident in a series of stories that unfolded in 2018. The year’s developments cumulatively signified a strengthening of the women’s position.

Back in the spring, Augusta National Golf Club stepped up, announcing it would launch the Augusta Women’s National Amateur in 2019. It’s a 54-hole event that will conclude with the top amateur women in the world playing the final round at Augusta National’s iconic venue.

NBC will televise the final round live.

“While we aim to stage a first-class championship, our motivation goes beyond the scores posted between the ropes,” Augusta National chairman Fred Ridley said. “By providing this opportunity and shining a brighter light on this important segment of the sport, we expect role models to emerge who will help inspire a new generation of golfers.”

In November, Suzy Whaley was elected president of the PGA of America, becoming the first female to hold that position in the 102-year history of the organization.

“We still need more women playing the game, and to feel welcome at playing the game,” she said. “If young women can see themselves in the business because they see me in the role — as I saw other women before me who opened the doors for me — then in that sense I'm thrilled to be a woman in the job.”

In December, the LPGA announced that CME Group CEO Terry Duffy would double the purse for the season-ending Tour Championship in 2019 and raise the winner’s check to $1.5 million, the largest in the history of the women’s game. It is notable that it will be greater than the first-place check was in 33 of 47 PGA Tour events last season.

In between these monumental developments, the LPGA consistently showed how much deeper and stronger the professional women’s game is becoming with its continued international growth.

Yes, Thailand’s Ariya Jutanugarn managed to sweep every major LPGA award, taking Rolex Player of the Year, the Vare for low scoring average, the tour money title, the Rolex Annika Major Award and the Race to the CME Globe, but she did so winning just three times.

The marvel of what Jutanugarn did was that it came in a time of unequivocal parity.

Twenty-six different players won events in 2018. That’s more winners than the tour has witnessed in a single season in almost a quarter of a century, since 26 different winners won in 1995.

There were 10 first-time winners, most in a decade.

There were five different winners of the five major championships.

“It’s getting much tougher to win,” said Lydia Ko, the former world No. 1 who ended a 19-month winless spell claiming the trophy at the Mediheal Championship in April. “The amount of talent on our tour is incredible.”

Whan loved that there were also winners from 10 different nations.

“I'm not sure the LPGA could survive as a U.S.-North American and parts-of-Europe tour. We're surviving because we're global, and I think the brands that are starting to attach to us love that about us.”

While Whan and LPGA pros are eager to keep addressing disparities women face in the game, they recognized promising steps take in 2018.

So, somebody cue up that Helen Reddy hit.