Newsmaker of the Year: No. 4, Ryder Cup 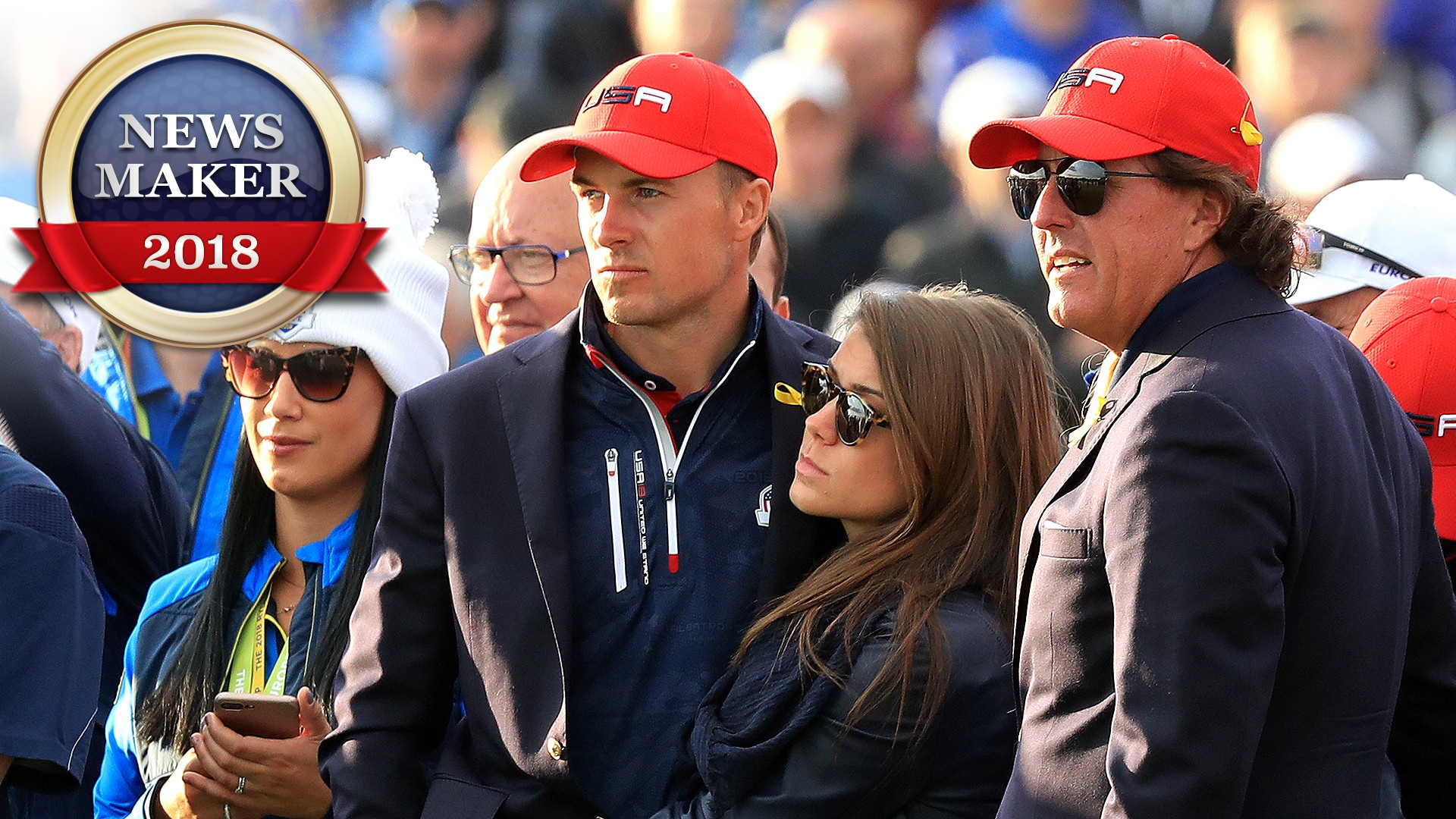 For many on the U.S. sideline it was déjà vu.

A broken and beaten American Ryder Cup team struggled with questions that there were no easy answers for and emotions intervened. This time, instead of Phil Mickelson offering an honest and uncomfortable assessment of the team’s leadership, it was Patrick Reed exposing an inexplicable rift in the American locker room.

“The issue’s obviously with Jordan [Spieth] not wanting to play with me. I don’t have any issue with Jordan,” Reed told the New York Times in the hours following the U.S. team’s seven-point loss to Europe, adding, “For somebody as successful in the Ryder Cup as I am, I don’t think it’s smart to sit me twice.”

For Reed the issue was U.S. captain Jim Furyk’s decision to not pair the player dubbed “Captain America” with Spieth and to limit Reed to just two team sessions, both of which he lost.

Reed also questioned a lack of communication and a system that he said favored the top players; but those within the team room have since told a different story.

For many it was Patrick being Patrick, a dogged competitor with no interest in unwritten rules or locker room decorum.

“You would see it in Tom Watson sometimes because he is so competitive,” said Davis Love III, one of Furyk’s vice captains. “Tom was a little more gruff, more direct. He’d tell you like it is. Patrick is so competitive like Watson that sometimes he goes overboard. He goes the wrong direction.”

But if Reed’s comments provided plenty of headline material and offered a glimpse into a surprising level of dysfunction within the team room, it was only a symptom of a larger issue for the United States that is now two-and-a-half decades removed from the team’s last victory on European soil.

After winning the first team session on Friday the Americans were largely overmatched with Europe sweeping the Day 1 foursome session and taking a 10-6 lead into Sunday’s singles frame.

Most pointed to the Continent’s familiarity with Le Golf National, which annually hosts the European Tour’s French Open, and a golf course set up that European captain Thomas Bjorn groomed to a perfect home-field advantage.

Narrow fairways lined with thick rough – ideal for the likes of Francesco Molinari and Tommy Fleetwood, who combined to go 4-0-0 in the team sessions – and green speeds well below PGA Tour pace heavily favored the Europeans.

“The fact is they had brutal rough, almost unplayable, and it's not the way I play. I don't play like that,” said Phil Mickelson, who failed to earn even a half point for the United States.

Tiger Woods also was blanked in the matches for the first time in his Ryder Cup career, dropping team bouts paired with Reed and Bryson DeChambeau, and losing to Jon Rahm in singles.

In fact, only Spieth and Justin Thomas had a winning record in team play (3-1-0) for the United States, and rookie Tony Finau was the only other bright spot for the U.S. side, with a 2-1-0 record.

For the U.S. team, September’s matches were a crushing step backwards following what many believed was a sea change in 2016 when the Americans ended nearly a decade of European dominance in the biennial event.

Heading into the Paris matches, American team leaders pointed out the U.S. was 3-0, counting the Presidents Cup, and had finally created an atmosphere that gave players the best chance for victory. It was the byproduct of the American loss in ’14 in Scotland that was defined by a similar fissure between Mickelson and then-captain Watson.

At the time, Mickelson made eerily similar comments about communication and leadership as Reed. Whether Reed’s comments and the fallout he created lead to a similar result in 2020 when the matches will be played at Whistling Straits in Wisconsin remain to be seen.

“To me it’s like the Phil and [Tom] Watson thing. It’s going to make us better. It’s unfortunate because Phil and Tom have done so much for the Ryder Cup,” Love said. “It will help us. We had an argument in our team, we’ll address it and get better.”

Every two years the Ryder Cup is always among the year’s top story lines, but in 2018, at least for the U.S. side, it made headlines for all the wrong reasons.