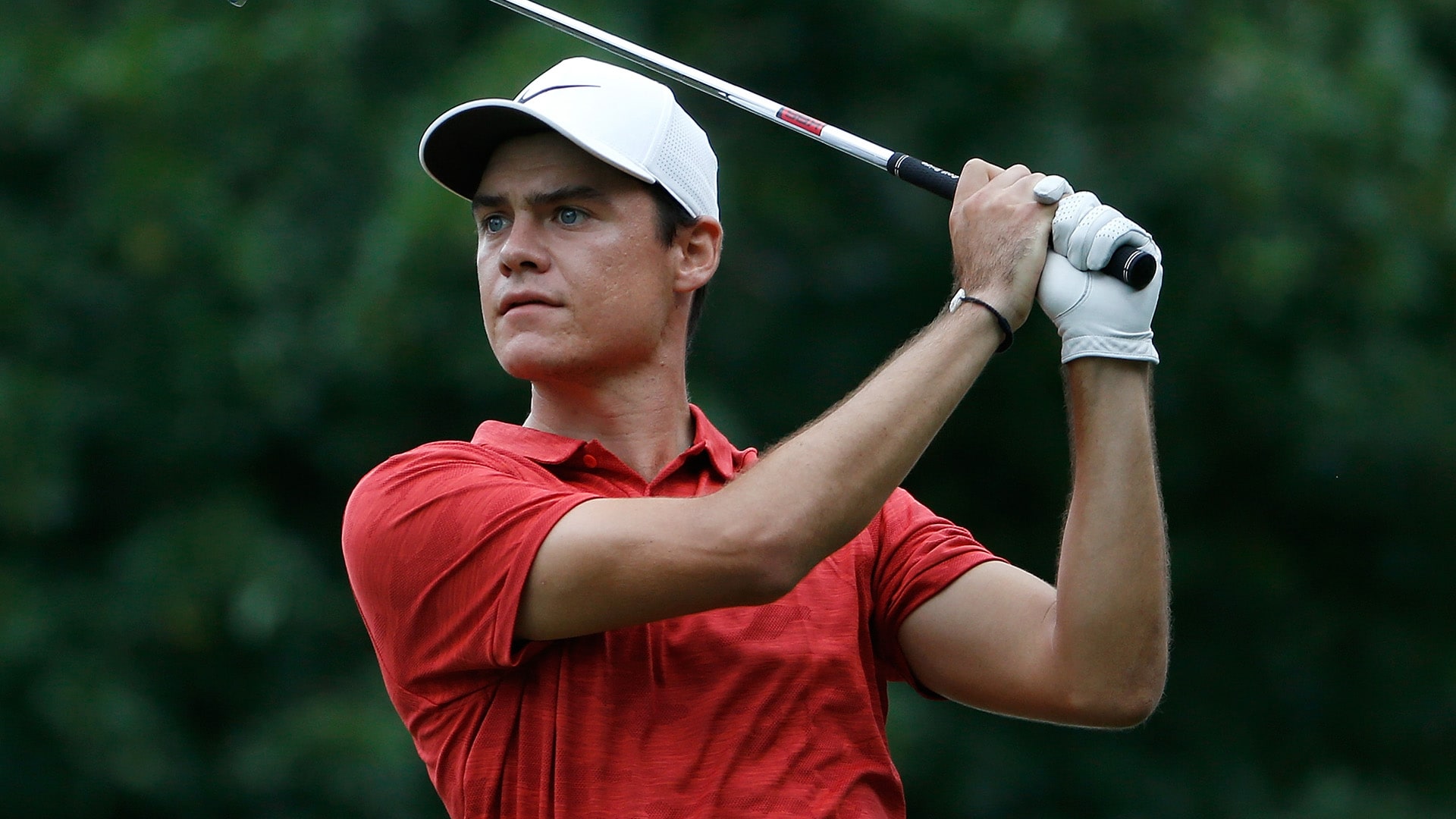 A young Oklahoma State product broke through for his first professional victory on Sunday.

But it wasn’t the former Cowboy everyone expected.

While phenoms Viktor Hovland and Matthew Wolff have grabbed most of the headlines this summer, it was their old teammate Kristoffer Ventura who found himself in the winner’s circle after winning the Korn Ferry Tour’s Utah Championship on Sunday at Oakridge Country Club in Farmington, Utah.

Ventura, a member of Oklahoma State’s 2017 NCAA Championship squad who graduated last year, defeated Joshua Creel, a 29-year-old from Division-II Central Oklahoma, in a three-hole playoff for his first victory in a world-ranked event.

The 24-year-old Ventura, who like Hovland is from Norway, birdied four of his last seven holes to post a final-round, 6-under 65 and get into a two-man playoff with Creel at 14 under, a shot ahead of another former Cowboy, Kevin Dougherty, and two others, Oklahoma product Charlie Saxon and Michigan State alum Ryan Brehm.

Full-field scores from the Utah Championship

Creel also birdied four of his final seven in regulation, and then traded pars twice with Ventura in two extra trips down the par-4 18th hole. However, Creel pulled his drive behind a tree on the third playoff hole, the par-4 10th, and had to punch out to the fairway. Ventura was able to get up and down for par to seal his victory.

“Going back to nationals [in college], really those feelings were the same as they were today,” Ventura said. “I was prepared for this moment.”

Ventura’s win moved the young Norwegian to 17th on the Korn Ferry Tour’s money list. The world No. 732 entering the week, Ventura began the year with no status on the developmental tour. He received a sponsor invite into the BMW Charity Pro-Am earlier this month and tied for third to improve his status. The Utah Championship was just his fourth KFT start this season.

Now, Ventura has his sights set on a PGA Tour card.