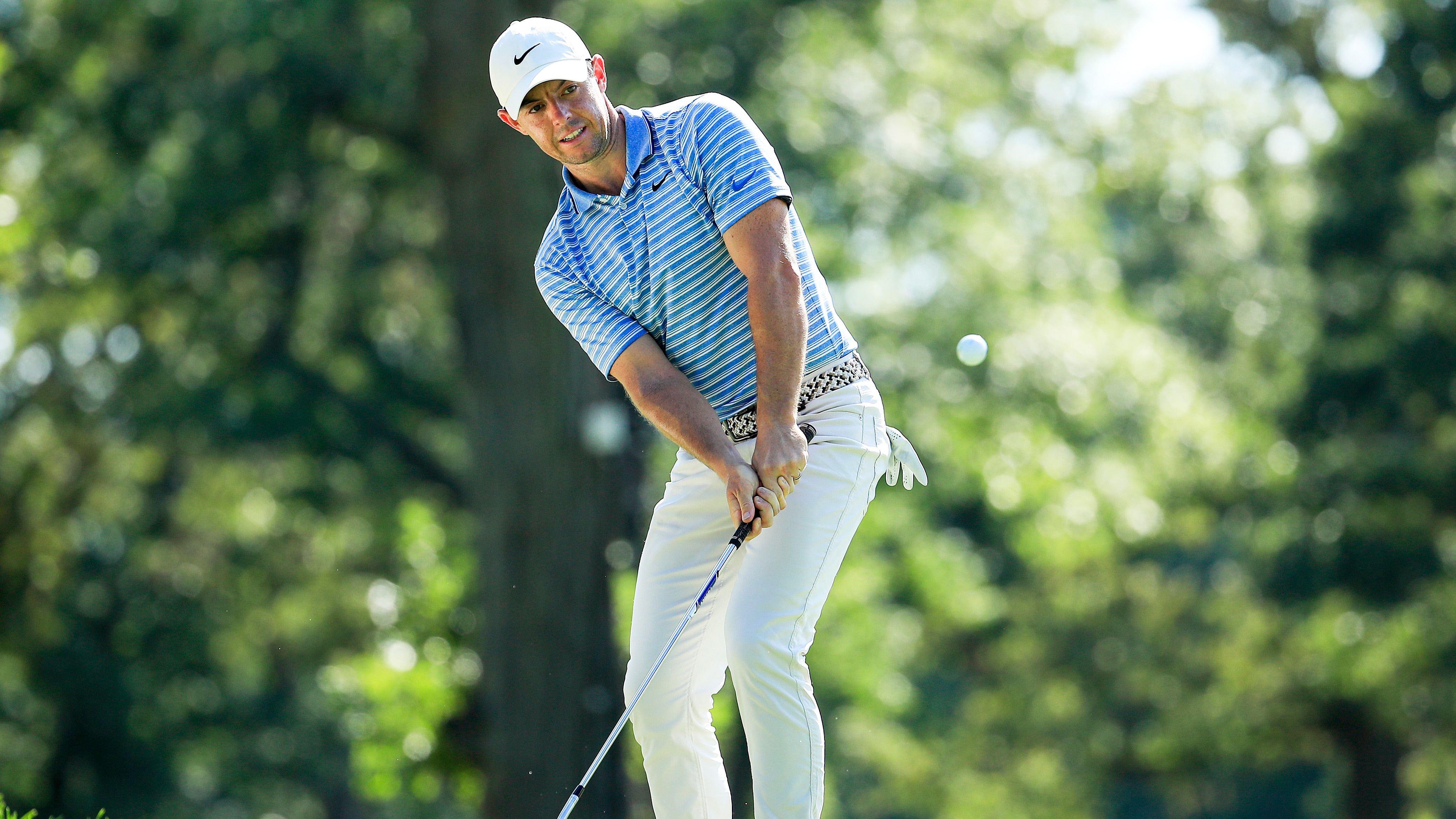 OLYMPIA FIELDS, Ill. – Rory McIlroy hasn’t been shy about his struggle to get going since the PGA Tour resumed competition more than two months ago.

The issue isn't his swing or his body. It's between the ears.

McIlroy has made seven starts since the break, and seven times he has failed to crack the top 10. Pandemic or otherwise, it’s the longest such streak for him since 2009. Last week he played 36 listless holes alongside Tiger Woods at TPC Boston and lamented that, hey, if you need someone to shoot between Even and 2 under, he’s your guy.

As it turns out, that’s just what the doctored ordered this week at the brutal BMW Championship, where two more rounds in that scoring window might land McIlroy the trophy.

For the second straight day, players encountered a firm and fast test at Olympia Fields that looked and felt much more like a U.S. Open than a playoff event. McIlroy started by playing his first 10 holes in 3 under, which around these parts might as well call for an adjusted 59 watch. He ended the day at 1 under, both for the round and the tournament, and shares the lead with Patrick Cantlay.

“It was really good,” McIlroy said of his second-round 69. “A little disappointed to drop those shots on the way in, but I think if you shoot anything under par on this golf course, you’ve got to be pretty pleased.”

There is no letup this week on the North Course. Red figures are an endangered species. Tight fairways are guarded by lush rough and towering trees, and the green complexes are equal parts firm and undulating. The chorus of feedback from players is united: While not unfair, Olympia Fields is about as demanding as it gets. Even with overnight rain in the forecast, it might not get much easier from here.

“It’s very, very difficult. You have to play from the fairway, and you have to play from below the hole, frankly,” Cantlay said. “The greens have so much slope on them that you really need to be putting uphill. So if you’re in the rough, it gets exponentially harder to do that.”

It’s the sort of test that demands a player’s full attention over every shot. For McIlroy, it’s an environment that has allowed him to move past a lackadaisical rut created by one fan-less golf course after the next. He’s fully engaged this week outside Chicago, and not surprisingly starting to play more like his former self as a result.

“I think the test is what’s helped me focus and concentrate,” McIlroy said. “Just one lapse in concentration can really cost you around here.”

McIlroy is leading the field in strokes gained: tee-to-green through two rounds, which comes as no surprise given his ball-striking acumen. And a putter switch after the first round turned his stats on the green from negative to positive. He heads into the weekend not only poised to end his post-hiatus top-10 drought, but also to challenge for a win that would bring a successful FedExCup title defense into the conversation.

McIlroy typically thrives when scores are low; he won the 2011 U.S. Open at Congressional at 16 under. But he’s relishing the challenge presented this week by a firm but fair layout.

“It’s sort of been scrappy the last few weeks, and I’ve been scrapping it around and trying to get it around,” McIlroy said. “(My game) is not as good as it can be, but I guess I’m just sort of used to missing a few fairways, missing a few greens, but taking advantage of the good stuff.”

The game’s best only stay down for so long. Eventually, the innate talent finds a way to shine, and the spinning wheels discover a way to grab some traction.

Jolted back into shape by a brutish layout, McIlroy appears to have snapped out of whatever malaise has plagued him this summer. He has taken a punch from Olympia Fields and, while others have staggered, he’s still standing, smiling and ready to go another round.

It’s ominous for those looking to keep pace this weekend with one of the generation’s biggest talents.

“I think this golf course has helped me just focus and produce better golf shots and think better and concentrate,” he said. “Honestly, I think it’s what I needed.”