One year later: Surgery to success for Tiger 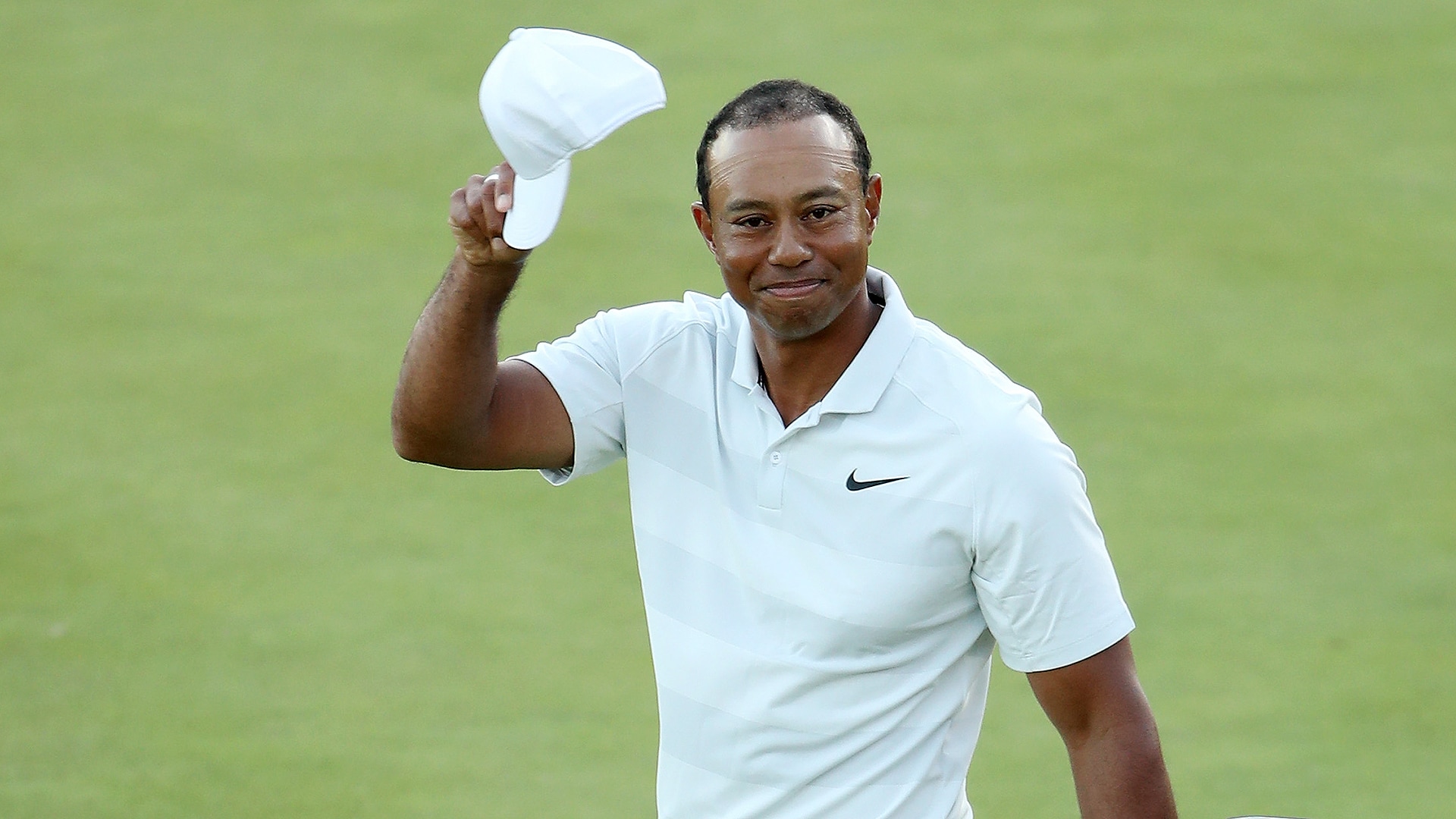 So much can happen in a year.

Exactly 365 days ago, Tiger Woods went under the knife. When it comes to Woods, surgery has become a somewhat regular occurrence over the years; his timeline of injuries and procedures stretches nearly as long as the one detailing his on-course accomplishments.

But this one was surprising, both for the timing and the operation in question.

It was only one day prior, after all, that Woods sat in front of a sparse gallery of fans and media to announce his plans to design a new course at Big Cedar Lodge in Missouri. He smiled while sitting carefully in a wooden folding chair, then stood up and gingerly hit a short wedge shot to cap the publicity stunt. He needed to re-load and swing again in order to find the makeshift green.

While it was clear that Woods was not firing on all cylinders, at no point in the proceedings did he mention the surgical appointment looming on his calendar.

“The back is progressing,” Woods said on April 18, 2017. “I have good days and bad days. I’ve had three back operations, and that’s just kind of the nature of the business unfortunately. That’s all I can say.”

He added back operation No. 4 the very next day, this time opting for a lumbar fusion that was more serious and invasive than any of its predecessors. The surgery brought with it a six-month recovery window and the very real notion that, at age 41, Woods may have already played his final hole of competitive golf.

Fast-forward one year, and Woods returned to Missouri this week to survey the progress of his Payne’s Valley layout that is scheduled to open in 2019. And near the same spot where he swung through pain with wedge in hand, this time around he ripped a driver at full speed to the delight of the estimated 7,000 fans gathered for a junior clinic he hosted.

Given the relative normalcy of his most recent appearance, what Woods endured last April 19 seems like a lifetime ago.

In recapping the subsequent 12 months, keep in mind that the surgery wasn’t even Woods’ lowest point. That would come six weeks later, when he was arrested and cited for driving under the influence in Florida. There was the mugshot photo, and the arrest reports, and of course the police video where one of the greatest athletes of the last 30 years struggled to tie his shoes.

At that point, professional golf was an afterthought.

But Woods entered private treatment over the summer for his use of prescription drugs, and when he re-emerged as an assistant at the Presidents Cup in October the focus was again on his potential return to life inside the ropes – even as Woods himself acknowledged the possibility that he may never return to competition.

It wasn’t long before those pitch shots gave way to irons and full swings with drivers, one social media video at a time. Woods’ whirlwind renaissance after receiving clearance from his surgeon raised expectations for his return at the Hero World Challenge in December to stratospheric levels.

Now four months into his latest comeback attempt, Woods has exceeded nearly every expectation while re-establishing himself as a regular contender on the PGA Tour. Three straight top-12 finishes in Florida highlighted his spring, and his health is such that questions about the status of his back from the media are now few and far between.

“I think as an athlete, you’re always pushing yourself, right? And the best ones are pushing themselves beyond their limits,” Woods said at the Valspar Championship. “I happened to be one of those guys who pushed my body and my mind to accomplish the things I knew I could. I was able to do it.”

How the next 365 days unfold remains to be seen. Woods is now 42, fighting an undefeated opponent in Father Time, and it wasn’t that long ago that the one-year retrospectives about him had a decidedly different tone.

But heading into the heart of the summer season, Woods’ prospects seem more promising than they have been at any point since his five-win season in 2013. And the winding path from bleak to rosy can be traced back to a fateful decision exactly one year ago to try once more to heal his ailing back where multiple prior attempts had failed.

From limping with a wedge to veering off the road to hinting at a possible return to smashing expectations while staring down players half his age.

So much can happen in a year.