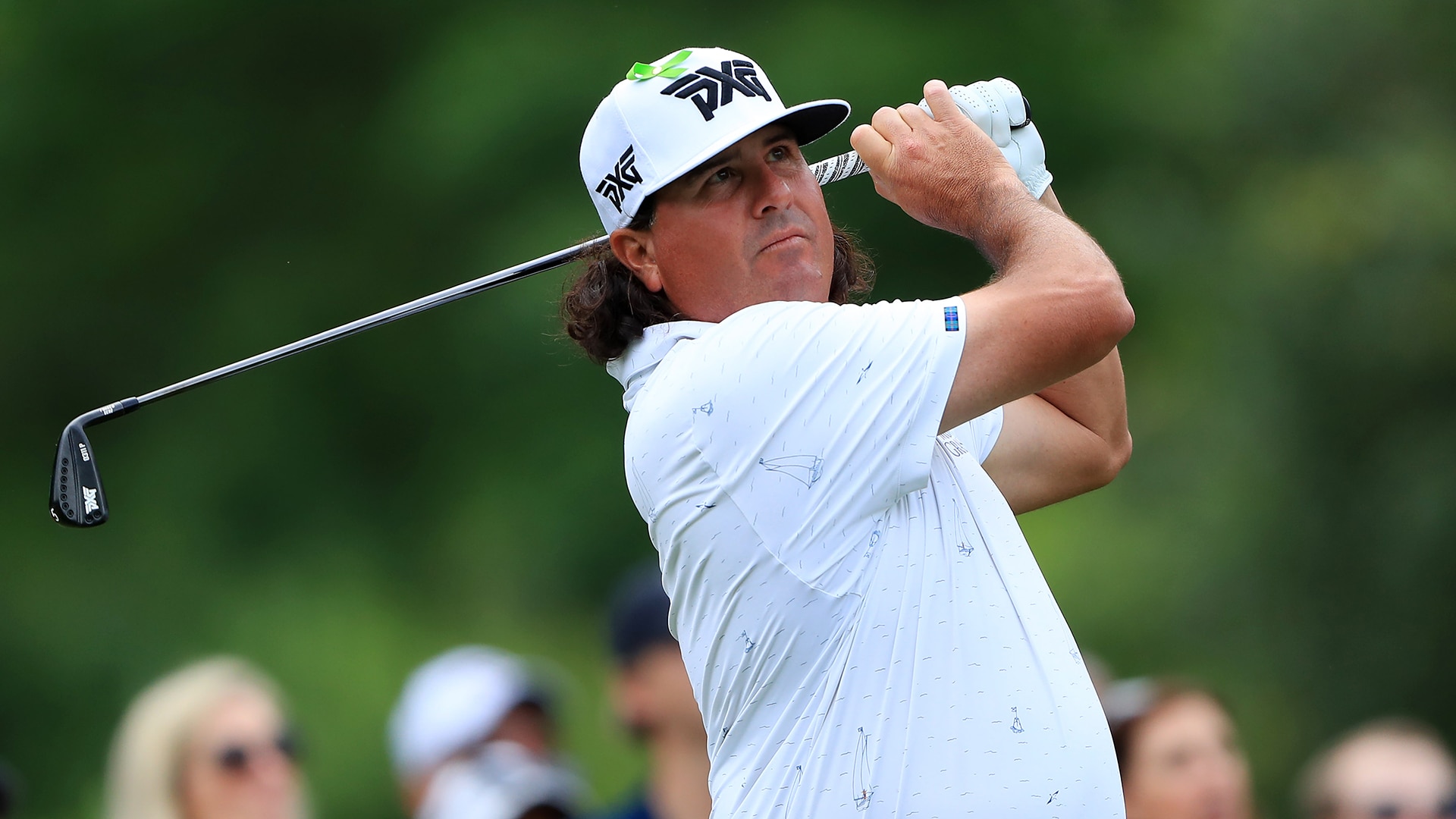 CHARLOTTE, N.C. – For a guy who has been dealing with pain described as "10 out of 10," Pat Perez has played virtually pain-free golf through three rounds at the Wells Fargo Championship.

Back in March, Perez sustained a grade-2 calf strain while doing calf raises in the gym. The injury took six weeks to heal, but the pain he felt during therapy was virtually unbearable.

Perez will begin Sunday's final round just one back of Max Homa, Jason Dufner and Joel Dahmen, thanks in large part to his bogey-free, 5-under 66 Saturday while having to endure two rain delays.

It's been Perez's scrambling that has kept him in the mix this week. On Saturday, Perez converted on all eight of his scrambling opportunities, and has capitalized on 20 of 21 chances this week, best in the field.

The entire year has been about scrambling for Perez, who has missed four cuts in seven starts. The other three include a withdraw at the Desert Classic, and two finishes outside the top 50 at the Genesis Open and the Arnold Palmer Invitational.

Through all that, the pressure is lifted off of Perez in his mind. After what he's endured this season, Perez is just happy to be back on the course.

"I won't put any extra pressure on myself because, like I said, I'm lucky to be playing again, I'm happy to be playing again. I'm trying to play that kind of fortunate role," Perez said. "I'm just excited to be back. Whatever happens tomorrow will be just a bonus because I didn't think I was going to be out here anyway."