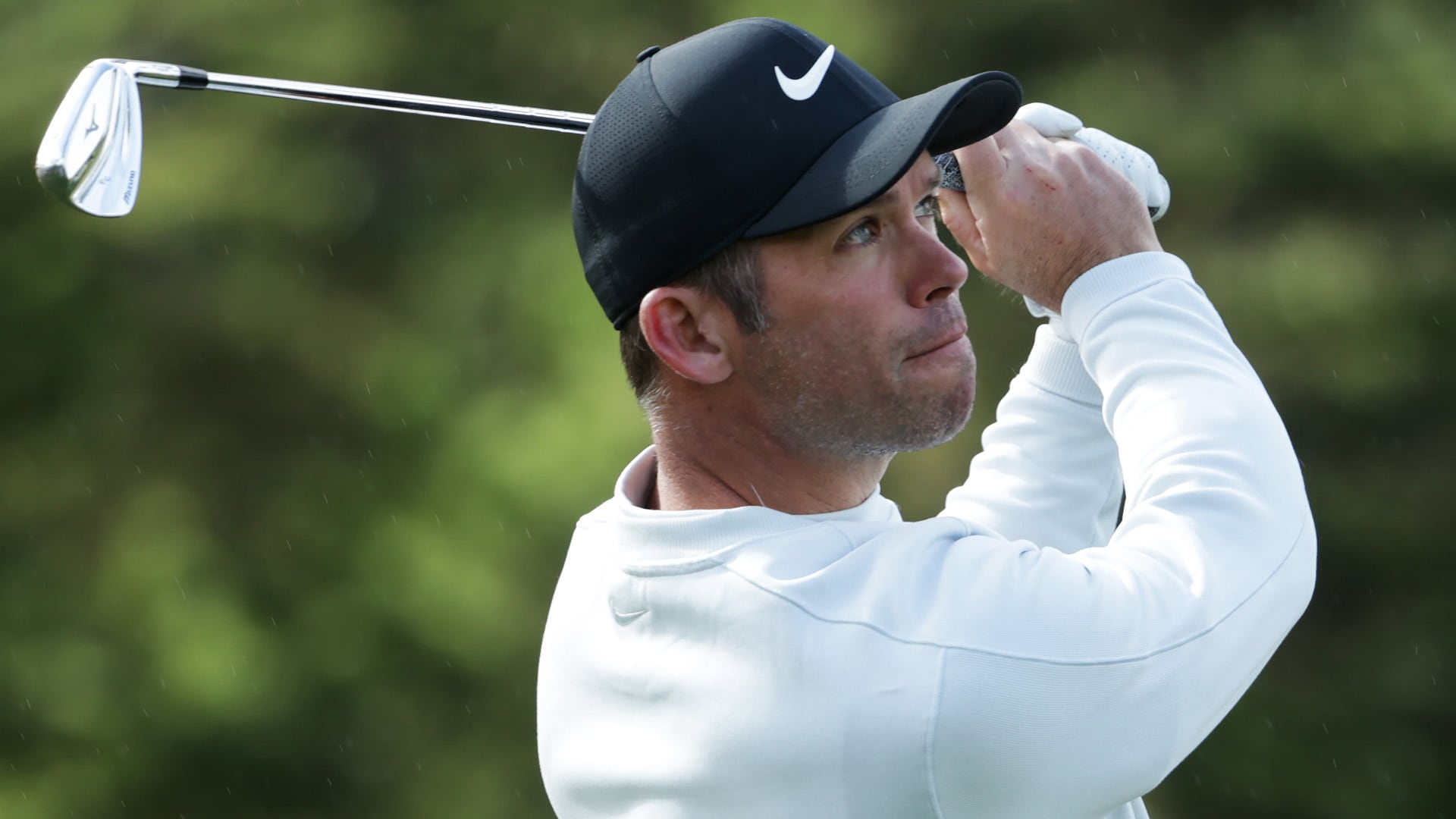 PEBBLE BEACH, Calif. — Paul Casey was far away from all the antics and quietly put together another solid round Saturday for a 5-under 67 that gave him a three-shot lead over Phil Mickelson going into the final day of the AT&T Pebble Beach Pro-Am.

Casey had four birdies over his last 10 holes at Spyglass Hill in a mixture of rain, sunshine and wind. He finished at 15-under 200, the fourth time on the PGA Tour had he has led going into the final round.

Mickelson was part of the celebrity rotation at Pebble Beach and put on a show on the back nine, stuffing a wedge to 3 feet on No. 13, and following with a 4-iron to 4 feet on the par-5 14th hole for eagle. He also made a tough save on the par-3 17th and shot a 2-under 70, giving him a good chance to match Mark O'Meara's record of five AT&T Pebble Beach titles.

Casey and Mickelson have done their best with so many shots to back pins, typically set to the highest point on the three courses to avoid any saturation from the hit-and-miss rain.

''The little half-shots to get back to some of these pins, a lot of guys struggle with and it's been a strength of my game,'' Mickelson said. ''So I've been able to make a few more birdies on some of these holes.''

The weather again was hit-and-miss, though the tournament managed to get in 54 holes.

It started under a blue sky with patches of clouds that soon took aim at the Monterey Peninsula, dropped temperatures by some 10 degrees and brought enough rain to make it tougher than usual.

That's not what stopped Jordan Spieth.

He was tied for the lead after a birdie on the par-3 fifth hole and remained in range of Casey until Spieth pulled his tee shot so badly on the 13th hole that he didn't know where it was until it was spotted 140 yards behind where he was looking, under a cluster of trees. He wound up making double bogey, and then after a three-putt bogey from the wrong side of the 17th green, Spieth pulled his tee shot into the ocean on the 18th hole for another double bogey and a 74. He went from being in the mix to eight shots behind.

''It was going to bite me at some point,'' Spieth said. ''I didn't necessarily deserve to be a couple under par at the time, and so it ended up kind of haunting me there. ... I drove the ball well the last two days, and then today my driver just didn't behave at all. It was a 150-yard spread on either side and that's not good around Pebble Beach.''

Lucas Glover had a birdie-bogey finish at Monterey Peninsula for a 1-under 70 and was at 11-under 204, along with Scott Piercy (69 at Spyglass Hill).

Casey was recently in the news for a tournament he didn't play, the Saudi International, a new event on the European Tour that came under scrutiny for Saudi Arabia's human rights record and the recent killing of journalist Jamal Khashoggi.

He was on the original list of commitments without his approval, and said he was never going. Casey is an ambassador for UNICEF and has the logo on his golf bag, which he displayed on an Instagram post to confirm he was not playing.

He is more interested in what he can accomplish Sunday at a tournament that, with reasonable weather and an enjoyable amateur partner, he has come to enjoy. Casey is playing with Don Colleran, the chief sales officer for FedEx. They have a four-shot lead in the pro-am.

But 54-hole leads have not been friendly to him. Casey is 0-3 with the lead going into the final round on the PGA Tour, losing three-shot lead two years ago at the TPC Boston when Rory McIlroy shot 65, and a four-shot lead last summer at the Travelers Championship when Bubba Watson closed with a 63. He also lost a two-shot lead in the 2017 Tour Championship to Xander Schauffele.

All three times, Casey shot a final round of 2 over or worse.

Now he has Mickelson, who three weeks ago finished one shot behind in the Desert Classic. Mickelson had consecutive bogeys as the wind and rain were at its worst along the coastal holes of Nos. 9 and 10, and then recovered brilliantly.

The wind was strong enough off the Pacific that he had only a 4-iron into the 14th, and it never left the flag, leaving a tap-in eagle.

''I thought anything in the 60s was going to be a heck of a round, and I was one shy,'' Mickelson said. ''But I've got a good chance going into tomorrow. I'm looking forward to it.''