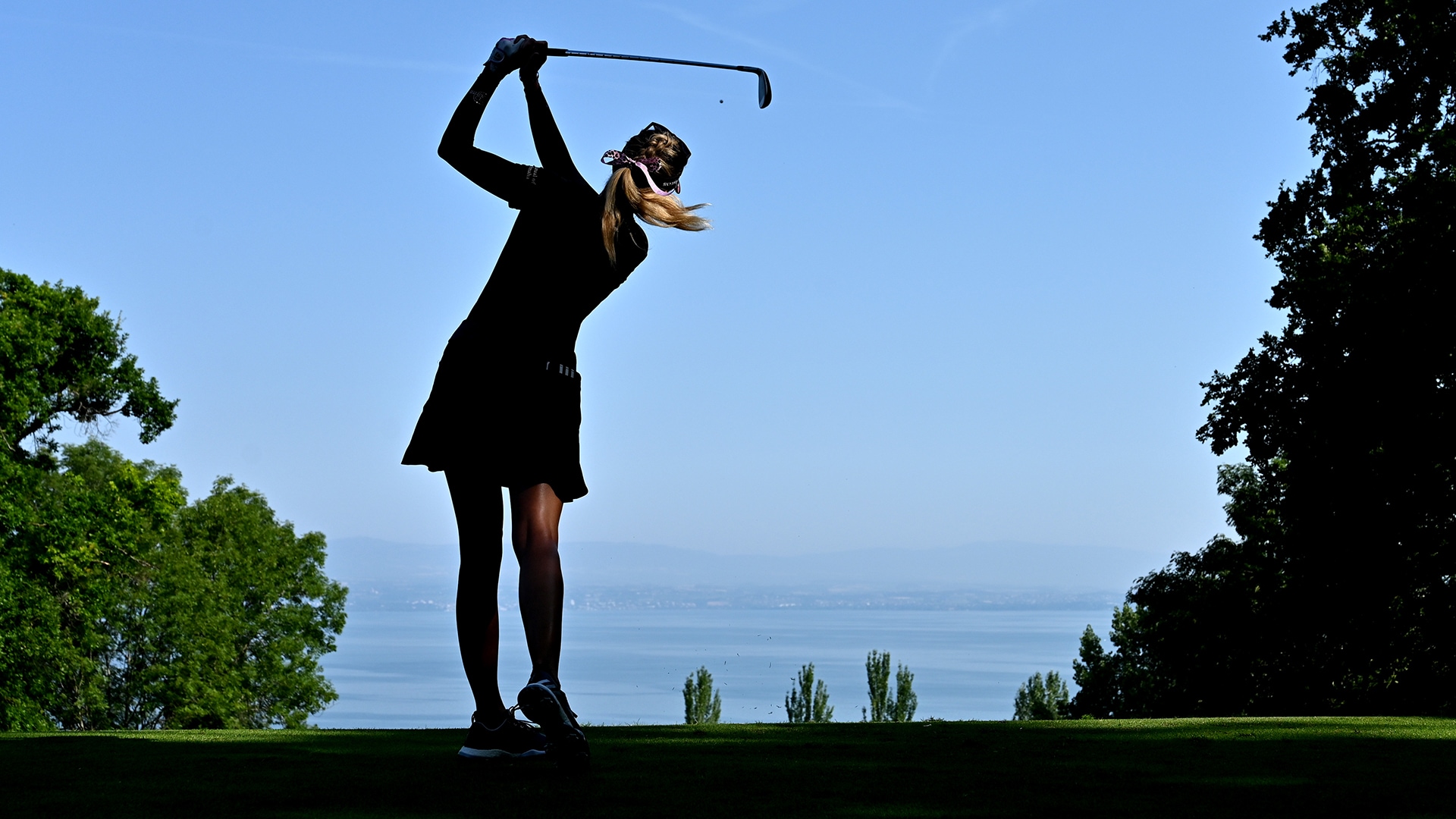 EVIAN-LES-BAINS, France — Paula Creamer is leading a major tournament again, shooting a bogey-free, 7-under 64 Thursday in the first round of the Evian Championship.

When Creamer last topped a major leaderboard, she won the 2010 U.S. Women's Open by four strokes to get her ninth title on the LPGA tour.

At the Evian Resort Golf Club, where she had a signature win as a teenager, the 32-year-old American moved one shot clear after making her seventh birdie on the par-5 18th.

''I feel really just in control,'' said Creamer, now ranked No. 156 and whose last top-10 finish in a major and last tournament win were both in 2014. ''It's been several years where I felt like just all-in-all good in my shoes.''

Creamer dressed all in black as temperatures rose to 35 degrees Celsius (95 degrees F) in the French heatwave. She took 31 shots to reach the turn and stayed clear of four players who peppered the back nine with birdies. 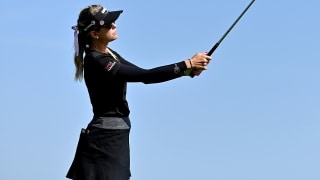 Good on, off the course, Creamer (64) leads Evian

Paula Creamer shot 7-under 64 to lead the Evian Championship. She credits things 'going well' on and off the course to her recent success.

At 6 under were Brittany Altomare, who earned a career-best runner-up finish in Evian in 2017, seven-time major winner Inbee Park, No. 2-ranked Jin Young Ko, and Mi Hyang Lee.

Two shots behind Creamer on 5 under were Jennifer Kupcho - the inaugural Augusta National Women's Amateur winner in April - and Mel Reid of England, who got the day's only eagle at the 18th.

Top-ranked Sung Hyun Park was among three players at 4 under, three shots back.

The picturesque 6,527-yard (5,968-meter) course at Evian, on a hillside overlooking Lake Geneva, was ideal for Creamer to confirm her return to form after some tough seasons.

''Coming here obviously puts a big smile on my face,'' said the 2005 rookie of the year, who at age 18 won the Evian Masters before it got its current status.

In the 2017 Evian, Creamer withdrew injured before having surgery on her left wrist. That led to a 2018 season with no top-10 finishes, not helped by a marriage breakup.

''It's been crazy these last four or five years in my life,'' she acknowledged. ''It's hard enough out here, then you bring your other life into the mix of things.''

Now, the 10-time winner on the LPGA tour said she feels ''like mentally I'm in a very, very strong place.''

Another comeback was enjoyed Thursday by the player who Creamer followed as rookie of the year.

Shi Hyun Ahn, runner-up at the 2004 LPGA behind Annika Sorenstam, carded a 1-under 70 in her first round at a major tournament since April 2011. Ahn had returned to South Korea, gave birth to a daughter who is now aged seven, and returned to play on the domestic tour in her home country.

Kupcho is perhaps this season's must-see rookie after becoming the first woman to win a tournament on the Masters course at Augusta, a long-time bastion of men-only membership.

The 22-year-old turned professional several weeks ago after a stellar college career at Wake Forest. She felt right at home at Evian, where she helped a U.S. collegiate team win the 2018 Arnold Palmer Cup.

''It's kind of nice to have a familiar place to go,'' said Kupcho. ''Before last year I had never been over to Europe, so coming over, jet lag definitely messed with me a little bit.''

Kupcho had six birdies and one bogey in her 66.

Americans at the other end of the leaderboard included defending champion Angela Stanford, who shot 5-over 76, and third-ranked Lexi Thompson, who three-putted the 18th for a 77.

The Evian Championship went back to July in the calendar having been being moved to September when getting major status in 2013. The switch aimed to avoid seasonal rain which twice made it a 54-hole event.

Still, storms and rain are forecast for the weekend, and organizers moved Friday's tee times forward by 30 minutes in a bid to beat the worst of the weather.