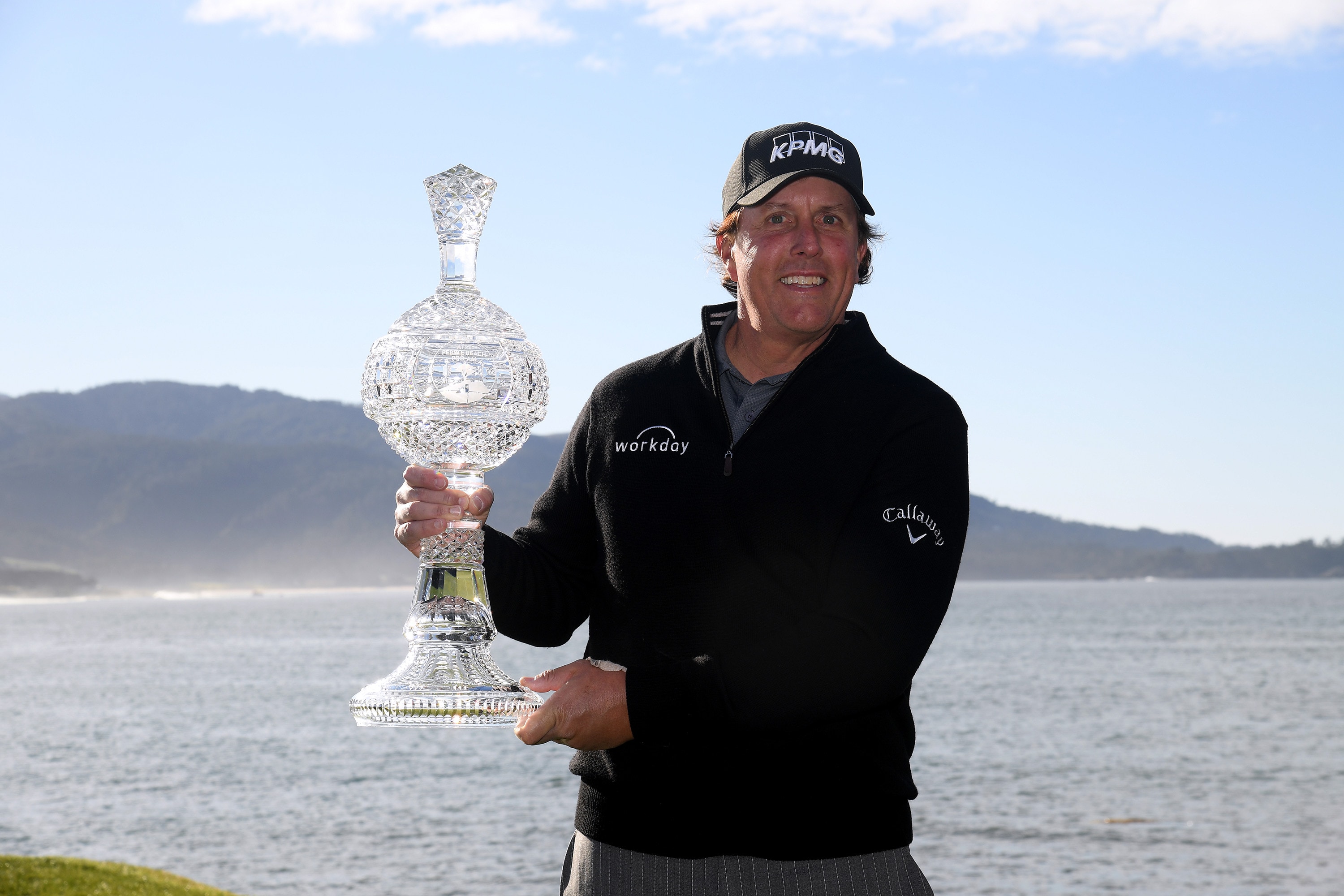 Getty Images
Phil Mickelson poses with the trophy after his victory during the continuation of the final round of the AT&T Pebble Beach Pro-Am at Pebble Beach Golf Links on February 10, 2019 in Pebble Beach, California. (Photo by Harry How/Getty Images)  -

Mickelson had to come back Monday morning to finish off his three-shot victory over Paul Casey, which marked his record-tying fifth tournament title and win No. 44 of his illustrious career. It also moved him up 12 spots in the world rankings to No. 17 - one spot higher than he reached with last year's win at the WGC-Mexico Championship and his best world ranking since he was 16th in November 2016.

Casey couldn't hold onto a 54-hole lead, but his solo runner-up performance still helped the Englishman jump five spots to No. 19 in the latest rankings. Scott Stallings moved up 80 spots to No. 150 after finishing alone in third, while T-4 results pushed Jason Day from 12th to 11th and Si Woo Kim from 70th to 62nd.

The top 10 in the rankings stayed the same, with world No. 1 Justin Rose guaranteed to stay in the top spot after this week despite skipping the Genesis Open. He's followed by Brooks Koepka, Dustin Johnson, Justin Thomas and Bryson DeChambeau. Jon Rahm stays at No. 6 for another week, with Xander Schauffele, Rickie Fowler, Rory McIlroy and Francesco Molinari rounding out the top 10.

As he gets set to make his second start of the year this week at Riviera, Tiger Woods held steady at No. 13 in the updated rankings. 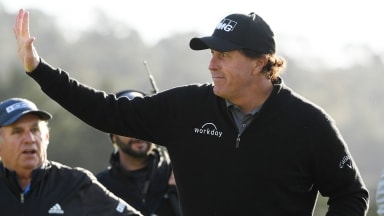 Phil Mickelson turns 49 years old during the final round of the U.S. Open this summer, but he believes he can fend off Father Time with his approach to health and fitness.