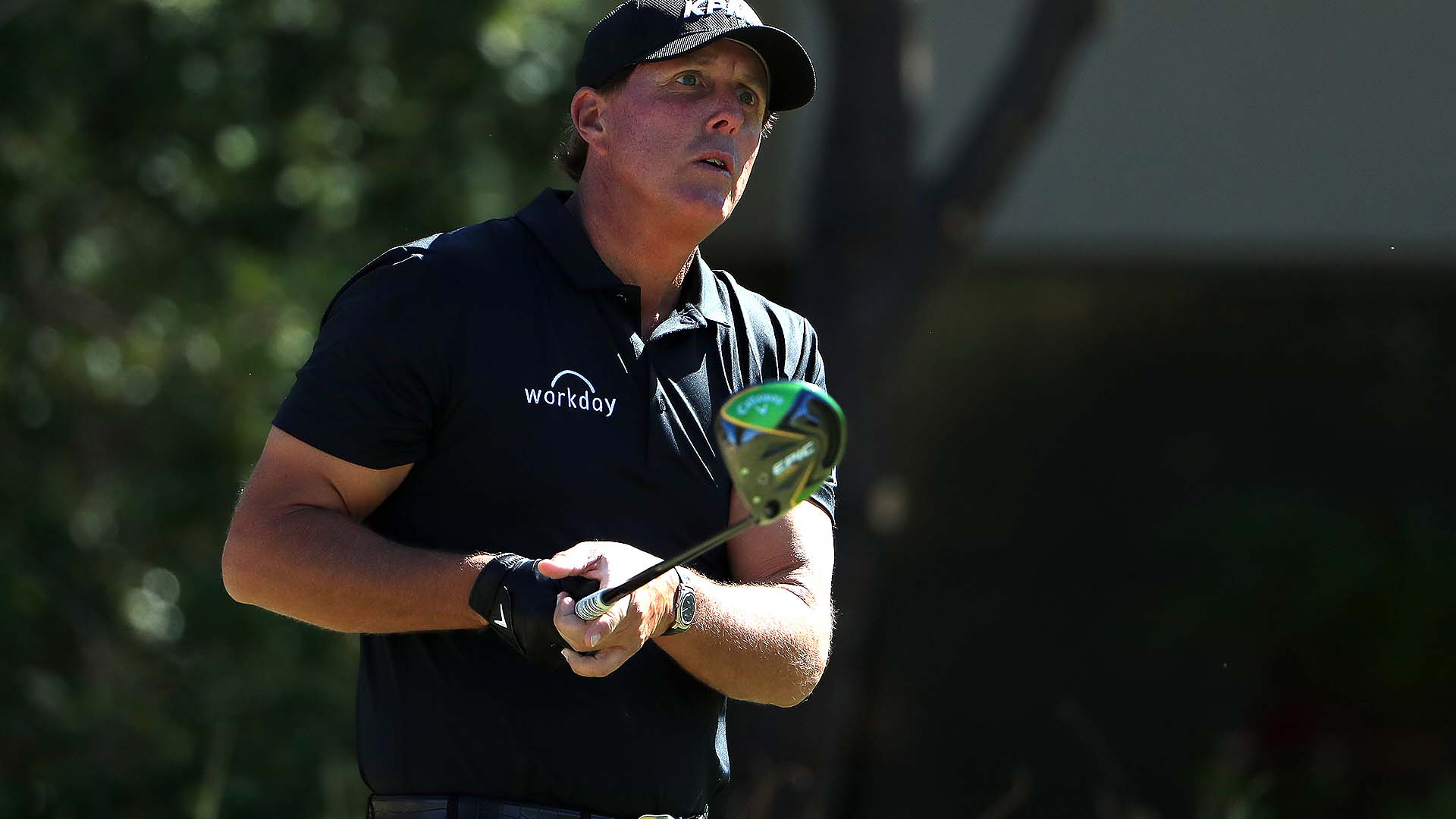 When Phil Mickelson makes his tournament debut at the CJ Cup, he'll do so alongside a pair of players who can boast some past success on Jeju Island. Here's a look at the marquee, early-round tee times in South Korea, where Mickelson is among a pack looking to follow Justin Thomas and Brooks Koepka on the winner's list (all times ET):

Mickelson is making his third start of the new wraparound season, but without a top-10 finish since February he is in danger of dropping out of the top 50 in the world for the first time since 1993 and admitted this week he expects to be left off Tiger Woods' Presidents Cup squad. Thomas and Leishman shared the spotlight in the inaugural CJ Cup, with Thomas edging the Aussie in a playoff, and both return to Korea on the heels of top-5 finishes last month in Napa.

Spieth will make his first start since the BMW Championship this week, and he'll do so alongside two players who starred a year ago for Europe in the Ryder Cup. Spieth is more than two years removed from his most recent worldwide win at the 2017 Open, while Garcia won last month in the Netherlands and Fleetwood finished T-5 in Scotland in his most recent start.

The reigning U.S. Open champ kicked off some rust two weeks ago in Las Vegas, but he'll look to use the next two weeks to remind Woods that he'll be an asset at the Presidents Cup in Australia. Day, likewise, needs a pick from Ernie Els but appears more likely to receive it regardless of his form in Asia, while Im is center-stage this week in his hometown after securing Rookie of the Year honors last year on the PGA Tour at age 21.

Koepka won this event last year to reach the top of the world rankings for the first time in his career. He returns to Korea in that same No. 1 spot but most recently missed the cut in Las Vegas. Matsuyama's quiet consistency includes nine top-25 finishes in his last 14 worldwide starts, while Kim is two years removed from his win at TPC Sawgrass and will have plenty of support from the Korean crowds.