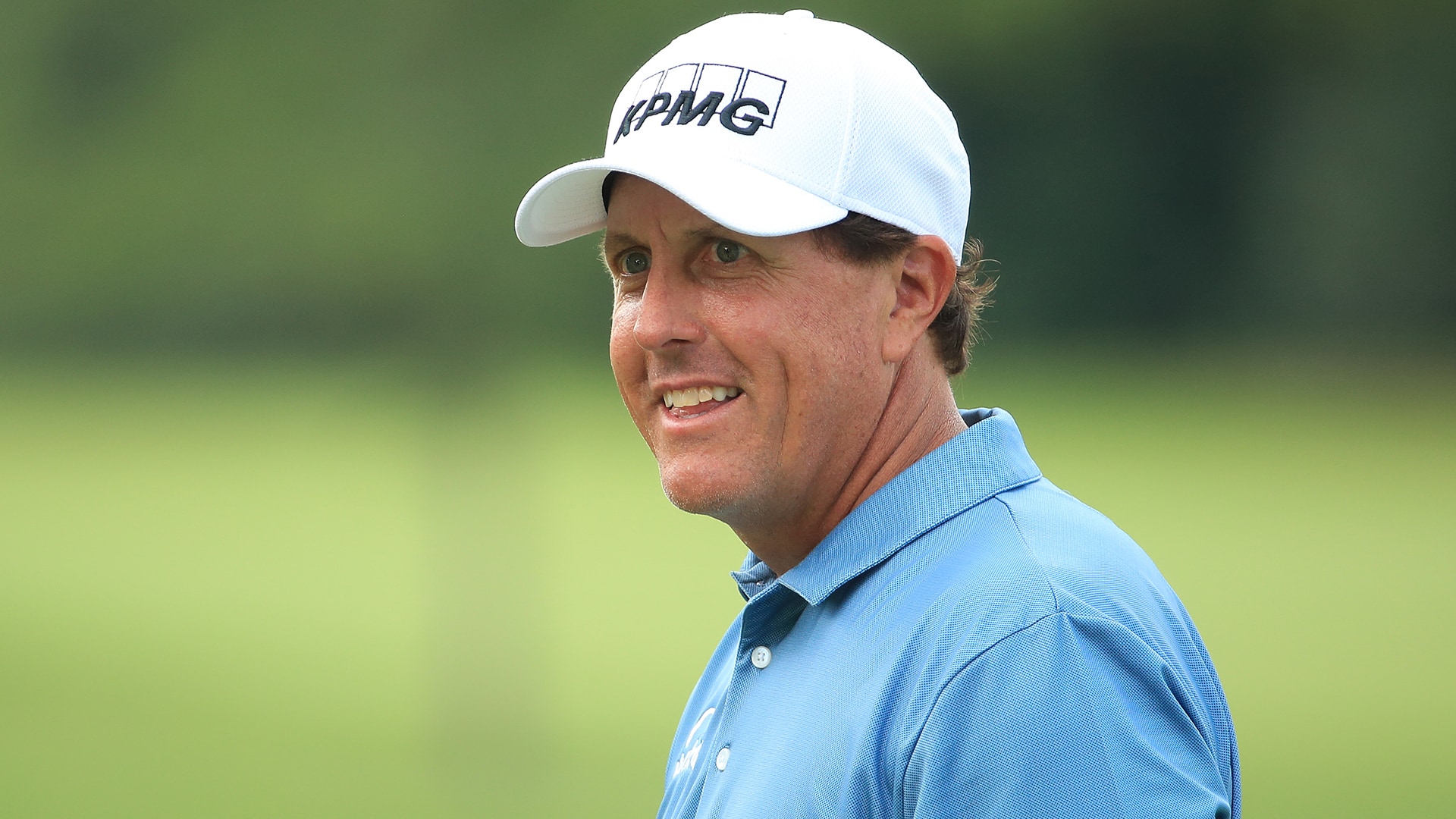 NAPA, Calif. – Phil Mickelson is set to make his season debut in wine country, where he'll be joined for the first two rounds by a pair of Californians. Here's a look at some of the marquee, early-round groupings from the Safeway Open in Napa, where Mickelson headlines a field with some surprising star power (all times ET):

Tway returns to Napa to defend his first career Tour victory, and he'll do so alongside two of the world's highest-ranked players. Molinari is making his tournament debut after an intercontinental trek that followed his title defense at the BMW PGA last week in England, while DeChambeau is making his third Safeway appearance and his first start overall since East Lake.

Munoz makes his first-ever start as a PGA Tour winner alongside two players who will anchor the International Team at this year's Presidents Cup. Munoz outlasted Sungjae Im en route to a playoff victory Sunday at the Sanderson Farms Championship, while Matsuyama returns to a course where he finished T-3 in both 2014 and 2015. Scott is making his first appearance at Safeway following a T-5 finish last month at the Tour Championship.

At No. 6 in the world, Thomas is the highest-ranked player in the field at Silverado and 26-year-old cruised to victory at the BMW Championship just last month. He'll be joined for the first two rounds by Snedeker, who let a late lead slip away last year en route to a playoff loss, and Furyk, the former Ryder Cup captain who is making his tournament debut.

Mickelson has spent the past few weeks making headlines with his social media game, but he'll get back to work inside the ropes this week for the first time since Medinah. Mickelson is making his fourth straight appearance in Napa, and he'll play alongside a pair of Golden State natives in Cantlay, who won the Memorial en route to qualifying for the Presidents Cup team, and Morikawa, who earned his first career win at the Barracuda Championship in July.