Mickelson trails by 1 after opening round at AT&T 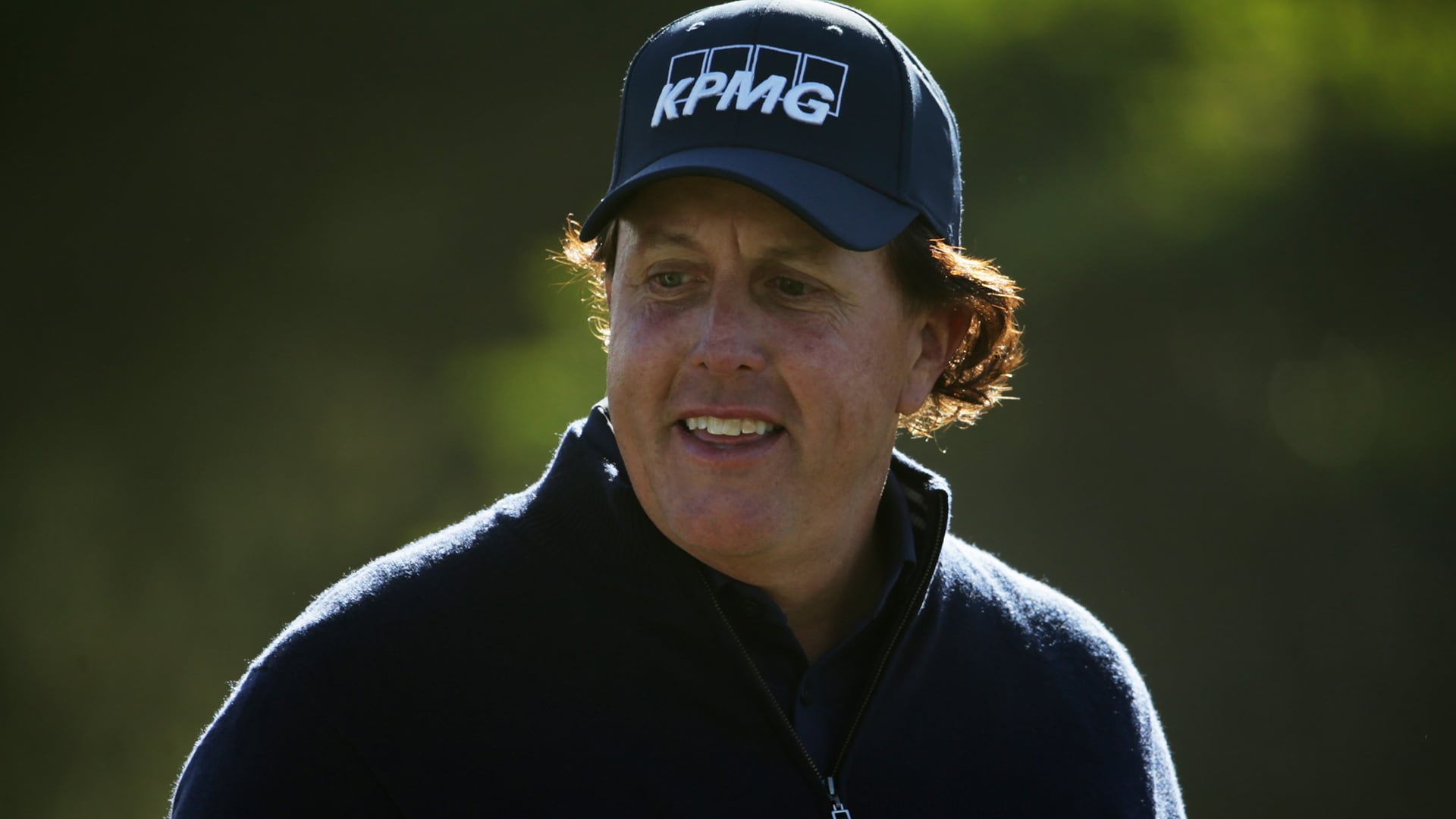 After one round on the Monterey Peninsula, there's a familiar name near the top of the standings. Here's how things look after the opening round at the AT&T Pebble Beach, where an unusually accurate Phil Mickelson trails by a shot:

What it means: Most of the low scores Thursday came from the group playing Monterey Peninsula, with six of the eight lowest scores recorded there. Among that group is Langley, who seeks his first PGA Tour win, along with the veteran Gay. And while plenty of fans followed Hosung Choi during his opening 73, there were also plenty of cheers for a certain four-time champ as Mickelson is again in the mix after narrowly missing out on a win at this event in 2016.

Round of the day: Langley got his card back via the Web.com Tour last year, and now he's in the mix after opening with a 64 at Monterey Peninsula. Langley rattled off nine birdies on his round, including five in a seven-hole stretch from Nos. 12-18 as he looks for his first top-10 finish since the 2014 Valspar Championship.

Best of the rest: Gay isn't known for his distance, but he was plenty accurate Thursday at Monterey while matching Langley's 7-under 64. Gay made eight birdies against just one bogey, including five birdies in a row from Nos. 5-9. He has yet to crack the top 20 in his first eight starts this season, but it's no surprise he's contending this week given his T-8 finish at Pebble Beach a year ago.

Biggest disappointment: It was at this event a year ago that Ted Potter, Jr., slayed Goliath, toppling then-world No. 1 Dustin Johnson en route to a surprising victory. But the defending champ may have used all his Pebble Beach magic last year, as Potter struggled to a 10-over 82 at Spyglass Hill that left him dead last among the 155-man field.

Main storyline heading into Friday: Keep an eye on two items: Mickelson and the weather. Lefty will surely garner plenty of attention as he shifts to Spyglass Hill, traditionally the toughest of the three-course rotation, before a weekend at Pebble Beach where he'll likely have a chance to contend just months before the course hosts the U.S. Open. But the second-round forecast is also a little dreary, with tee times already moved up because of expected rainy conditions.

Quote of the day: "History was made today." - Mickelson, who hit all 13 fairways at Monterey Peninsula - the first time he hit every fairway in a competitive round since the 1998 Farmers Insurance Open.