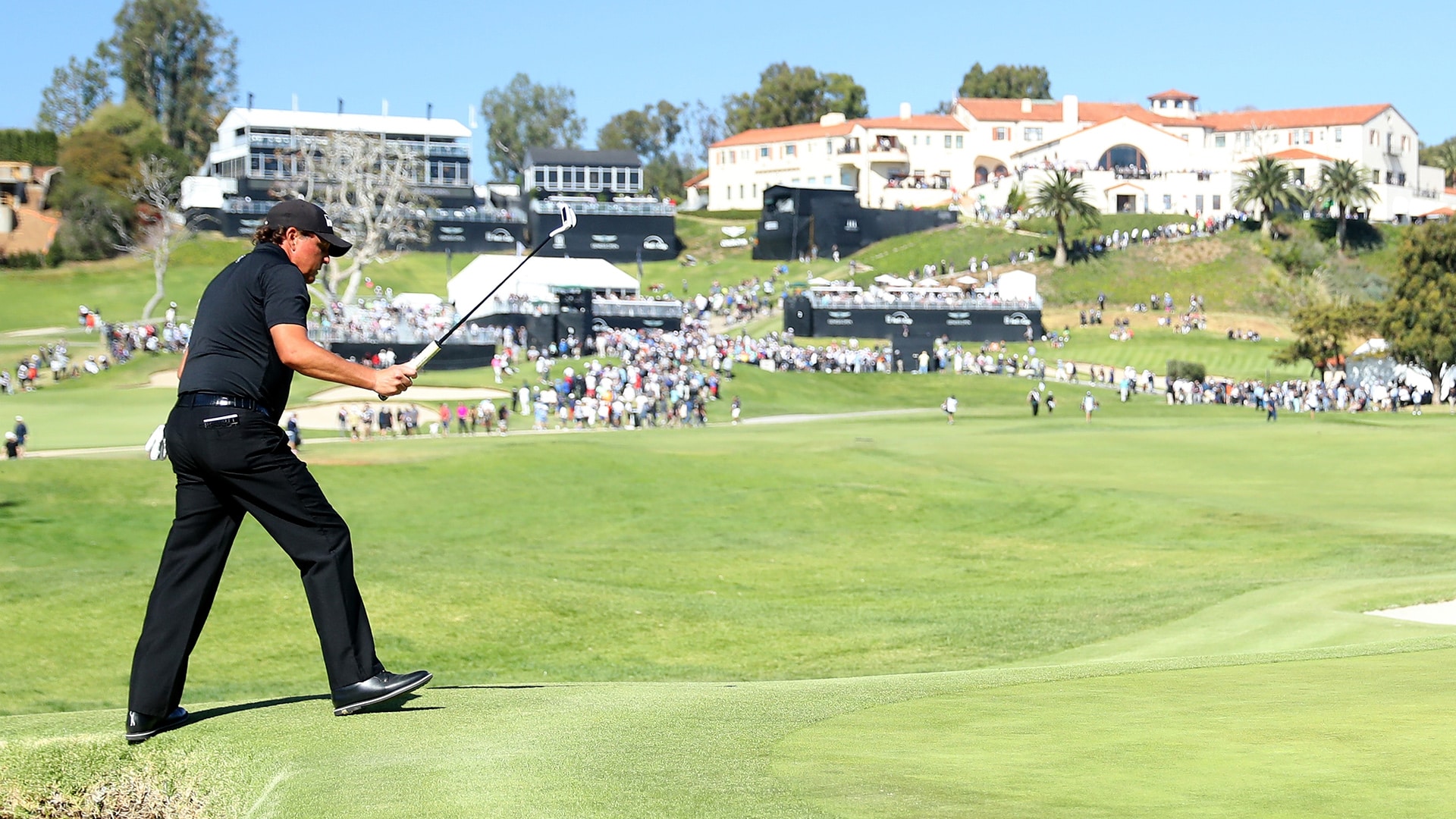 Mickelson is relatively new to social media, and last month he tweeted a look at his upcoming schedule. Missing was his traditional stop at the Farmers Insurance Open, his hometown event that he hadn't missed in nearly three decades. But also absent was the Genesis Open, with Mickelson planning a week off between the AT&T Pebble Beach Pro-Am and his title defense at the WGC-Mexico Championship.

But Lefty has changed his mind, having formally committed to return next week to Riviera, where he went back-to-back in 2008-09, lost in a playoff in 2012 and tied for sixth last year.

The shift comes after Mickelson missed the cut last week in Phoenix, and it means a busy stretch for a 48-year-old who often described energy and focus issues last season. He will now play four weeks in a row from Phoenix to Mexico and five events in a six-week stretch dating back to his runner-up finish at the Desert Classic.

Mickelson will now take his place in an already stacked field that will include seven of the current top 10 players in the world along with tournament host Tiger Woods.