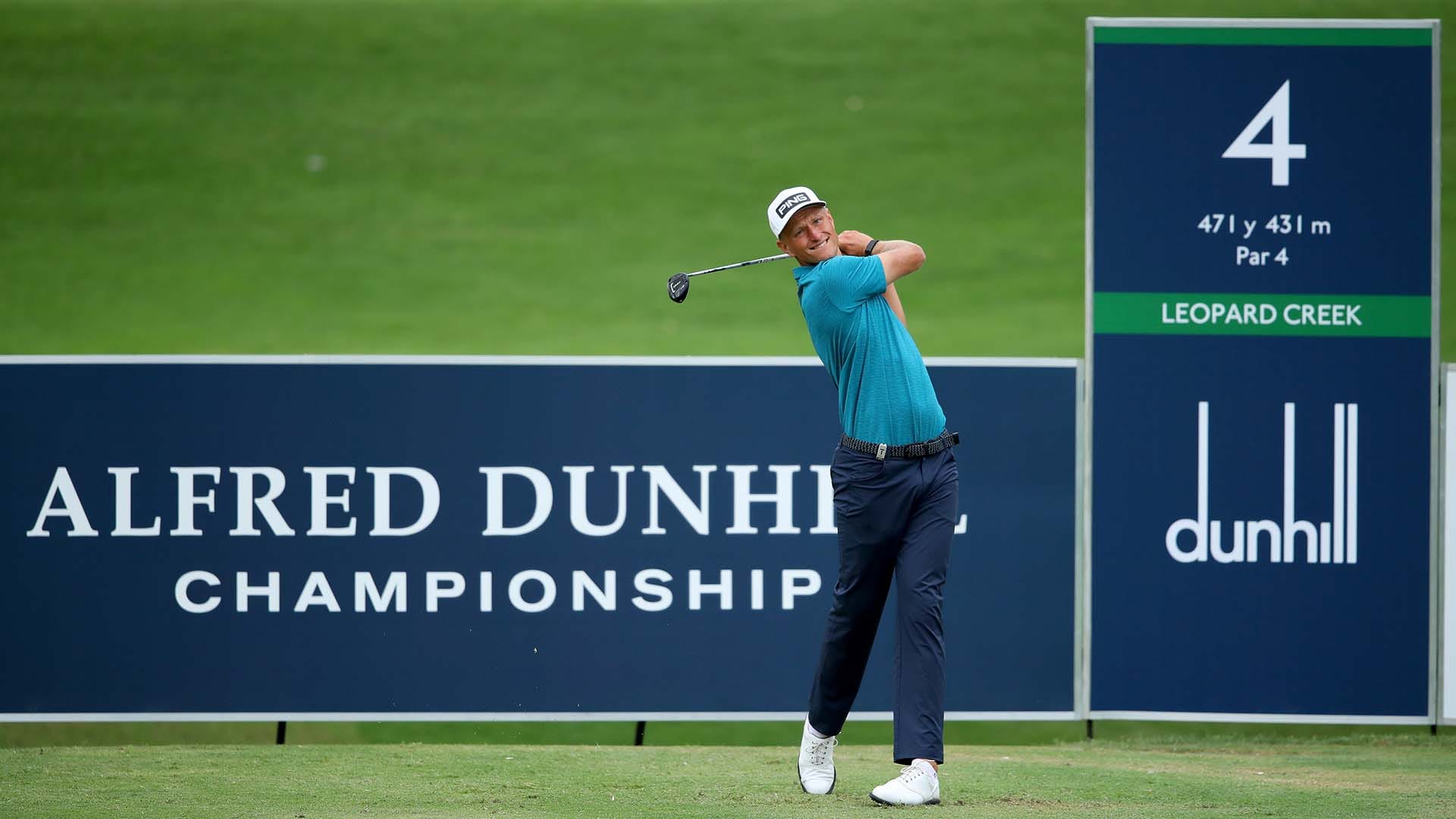 MALELANE, South Africa — Adrian Meronk is in line to make history after opening a three-shot lead after two rounds of the Alfred Dunhill Championship in South Africa on Friday.

Meronk became the first Polish player to lead a European Tour event and is seeking his country’s first title on the tour after a second-round 66 moved him to 13 under par and put him in a great position at Leopard Creek.

Joachim B. Hansen of Denmark and Richard Bland of England were tied for second on 10 under overall when bad light stopped play with just one player yet to finish his second round. That was Garrick Porteous down in a tie for 45th.

Robin Roussel, who shared the first-round lead with Meronk, slipped down into a tie for fourth after his 71.

Meronk is a trailblazer for his country having already become the first Pole to gain a European Tour card when he qualified for the circuit last season.

He’ll have to hold off the in-form Hansen, who won his maiden tour title at the Joburg Open last week and was in contention again after eight birdies and an eagle helped him to a 64 on Friday, the best round of the tournament so far.