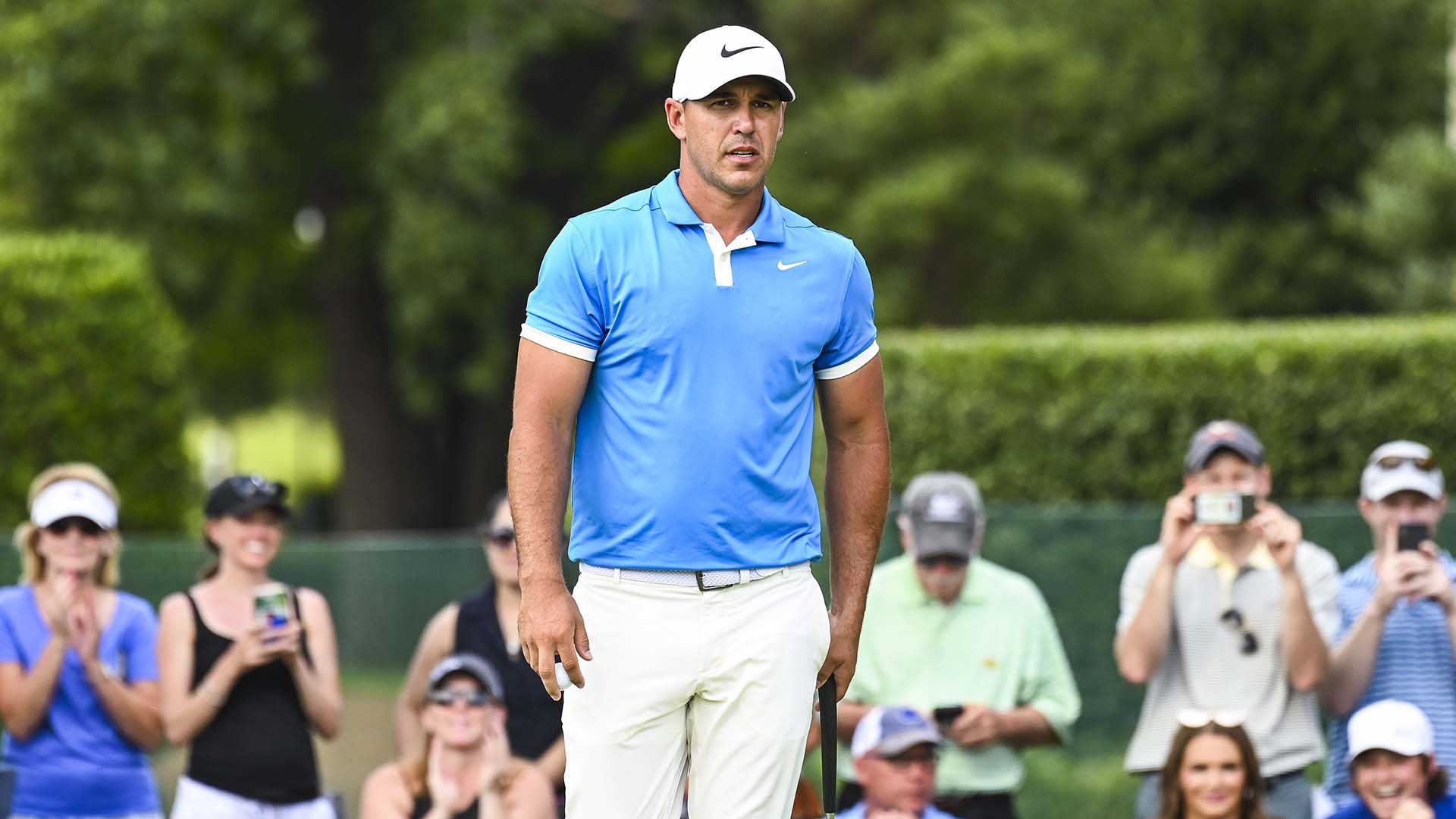 The contests continues this week with The Northern Trust, as the PGA Tour heads to Liberty National in New Jersey to kick off the postseason. For a closer look at this week's host course, check out the latest fantasy breakdown from RotoWorld.

Here's a look at some of the players to keep an eye on as Bryson DeChambeau defends the title he won last year at Ridgewood:

1. Brooks Koepka: With a number of variables in play to begin the postseason, might as well start with a sure thing. Koepka has been the best player on Tour this season and enters off a convincing win two weeks ago in Memphis that wrapped up a nearly $5 million payday.

2. Jon Rahm: The Spaniard remains on quite the hot streak, having finished T-11 or better in each of his last five starts. That includes a win in Ireland to go with the team victory he shared in New Orleans in April, as Rahm continues to make his mark as one of the best on the global stage. That should continue this week on a course that should play into his combination of power and precision.

3. Rory McIlroy: McIlroy's expected duel with Koepka fizzled out two weeks ago in Tennessee, but that's no reason to write off the man who captured the season-long prize three years ago. McIlroy's two wins this year both came in emphatic fashion, and his ceiling rivals anyone in the field, including Koepka, when everything clicks.

4. Webb Simpson: Simpson was a bridesmaid for the second straight week, finishing runner-up in Greensboro after notching the same result the week prior in Memphis. The former U.S. Open champ hasn't finished outside the top 30 since the Masters, when he tied for fifth, and is in the midst of one of the best ball-striking years of an already notable career.

5. Justin Thomas: Thomas appears to have fully healed from the wrist injury that marred his spring, ranking second on Tour in strokes gained: tee-to-green with T-12 or better finishes in each of his last three starts. That includes both The Open and WGC-FedEx St. Jude Invitational, as Thomas returns to Liberty National two years after making his team debut in the Presidents Cup.


6. Tommy Fleetwood: Fleetwood was a runner-up last month at The Open, and at No. 19 he's the highest-ranked player in the points race without a win this season. But his consistent ball-striking has produced steady results, including four top-5 finishes on Tour, and should again point him in the right direction this week on the heels of his T-4 result in Memphis.

7. Patrick Reed: Reed has started to find some form this summer, including a final-round 63 in Greensboro. That wrapped up his fifth straight top-25 finish and the former Masters champ heads to the postseason with ample momentum just three years after he captured the playoff opener at Bethpage.

8. Justin Rose: Rose took home the $10 million top prize last year, and he'll start defense of his FedEx title at 11th in points following a season highlighted by his victory at Torrey Pines. Rose has had a sensational season on the greens, ranks sixth on Tour in total strokes gained, and tied for second here in 2013 the last time a Tour event was held at Liberty National.

9. Patrick Cantlay: Cantlay's consistent campaign included his victory at the Memorial, but his starting position of sixth demonstrates that his season was more than just one good week. Cantlay is third on Tour in strokes gained: tee-to-green, and with a Presidents Cup berth within reach his ball-striking prowess should shine.

10. Rickie Fowler: Fowler hasn't played since a T-6 finish in Portrush, opting for rest over a WGC start in Memphis. He cracked the top 10 in 2013 at Liberty National, and his sparse schedule this season of 17 starts still produced six top-10 finishes including a win in Phoenix.