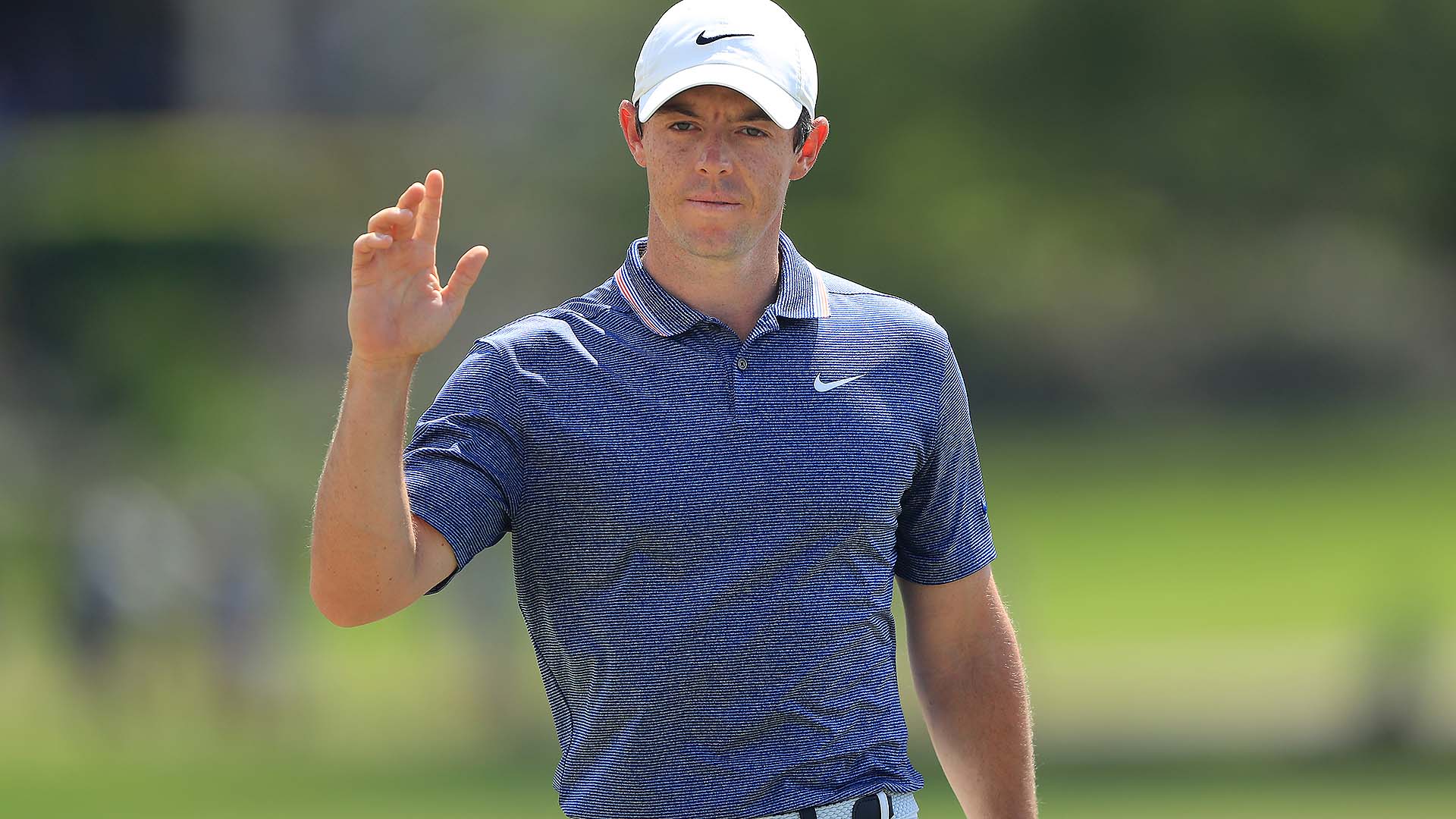 The contests continues this week with the Players Championship in Ponte Vedra Beach. Here’s a look at some of the top players you should consider when making picks, as Webb Simpson returns to TPC Sawgrass to defend his title:

1. Rory McIlroy: Even after a wobbly Sunday, there's no reason to drop McIlroy from the top spot that he occupied in last week's rankings. The Ulsterman has finished T-6 or better in each of his five starts this season, continuing to knock on the door as he has now gone a full year without a worldwide win. That could very easily change this week at Sawgrass, where McIlroy racked up three straight top-10 finishes from 2013-15.

2. Dustin Johnson: The world No. 1 has laid low since capturing the WGC-Mexico Championship, his second win of the year. His Stadium Course record is somewhat suspect, as he remains in search of his first top-10 finish in his 11th appearance, but Johnson has the firepower to tame nearly any venue and has four top-10 finishes in six starts this year.

3. Justin Thomas: Contending with regularity is a difficult feat at this venue, but Thomas has come pretty close. Three top-25 finishes in four starts, highlighted by a T-3 finish back in 2016, floats him toward the top of these rankings despite a middling performance in defense of his Honda title. Thomas let one slip away at Riviera and finished ninth in Mexico the next week, so he doesn't have to go that far into the memory bank to find some inspiring recent form.

4. Francesco Molinari: Speaking of recent form, no one is feeling better to start the week than last week's winner. Molinari blitzed Bay Hill for a closing 64 en route to his fourth worldwide win in the last 10 months, and now he returns to a course that had a tendency to reward his consistent ball-striking even before his Open triumph. His eight appearances have been split evenly between top-10s and missed cuts, including T-6 finishes in both 2014 and 2017 and a T-7 finish three years ago.

5. Brooks Koepka: When it comes to TPC Sawgrass, Koepka seems to be trending in the right direction. The reigning Player of the Year missed the cut in his 2015 debut but has gotten steadily better: T-35, T-16, T-11. A missed cut at Bay Hill can be dismissed given that it came on the heels of a strong performance on a demanding layout at the Honda, where Koepka finished one shot out of a playoff.

6. Sergio Garcia: The Spaniard is a model of consistency at an event where consistency is hard to come by. Garcia won here in 2008, lost a playoff in 2015 and has three other top-5 finishes at Sawgrass, including a T-4 result back in 2004 when the tournament was played in March. He enters off a pair of top-10 finishes in his most recent starts, including a T-9 finish two weeks ago at PGA National. He hasn't missed a cut here since 2003.

7. Xander Schauffele: Schauffele already has two wins to his credit this season and tied for second in his Sawgrass debut last year. The soft-spoken San Diegan is on a run of eight straight top-25 finishes, with top-15s in his two most recent starts. Schauffele may not pack a ton of starpower, but his numbers are doing plenty of talking these days: fourth on Tour in total strokes gained and seventh in scoring average.

8. Rafael Cabrera-Bello: Garcia isn't the only Spaniard on the board here as Cabrera-Bello continues a quietly consistent run of nine top-25 finishes in his last 10 worldwide starts. That run dates back to November and includes a T-3 finish last week in Orlando. Now he drives north to the Stadium Course, where he tied for fourth two years ago and finished a respectable 17th last year.

9. Justin Rose: Rose seems to have the total package for this venue, but the results have been largely lacking. A T-4 finish in 2014 remains his lone top-10 finish in 15 prior trips to the Stadium Course, although Rose has added a pair of top-25s over the past three years. Coming off a disappointing weekend effort at Bay Hill, Rose will look to channel the ball-striking that helped him to a win earlier this year at Torrey Pines as his effort to overtake Dustin Johnson atop the world rankings continues.

10. Tommy Fleetwood: The Englishman was overshadowed last week by his former Ryder Cup partner, but the same flushed irons that helped him snag a T-3 finish at Bay Hill should serve him well at TPC Sawgrass. Fleetwood tied for seventh last year at The Players and has made the cut in each of his two appearances, with a strong weekend in Orlando coming on the heels of a top-20 result in Mexico.