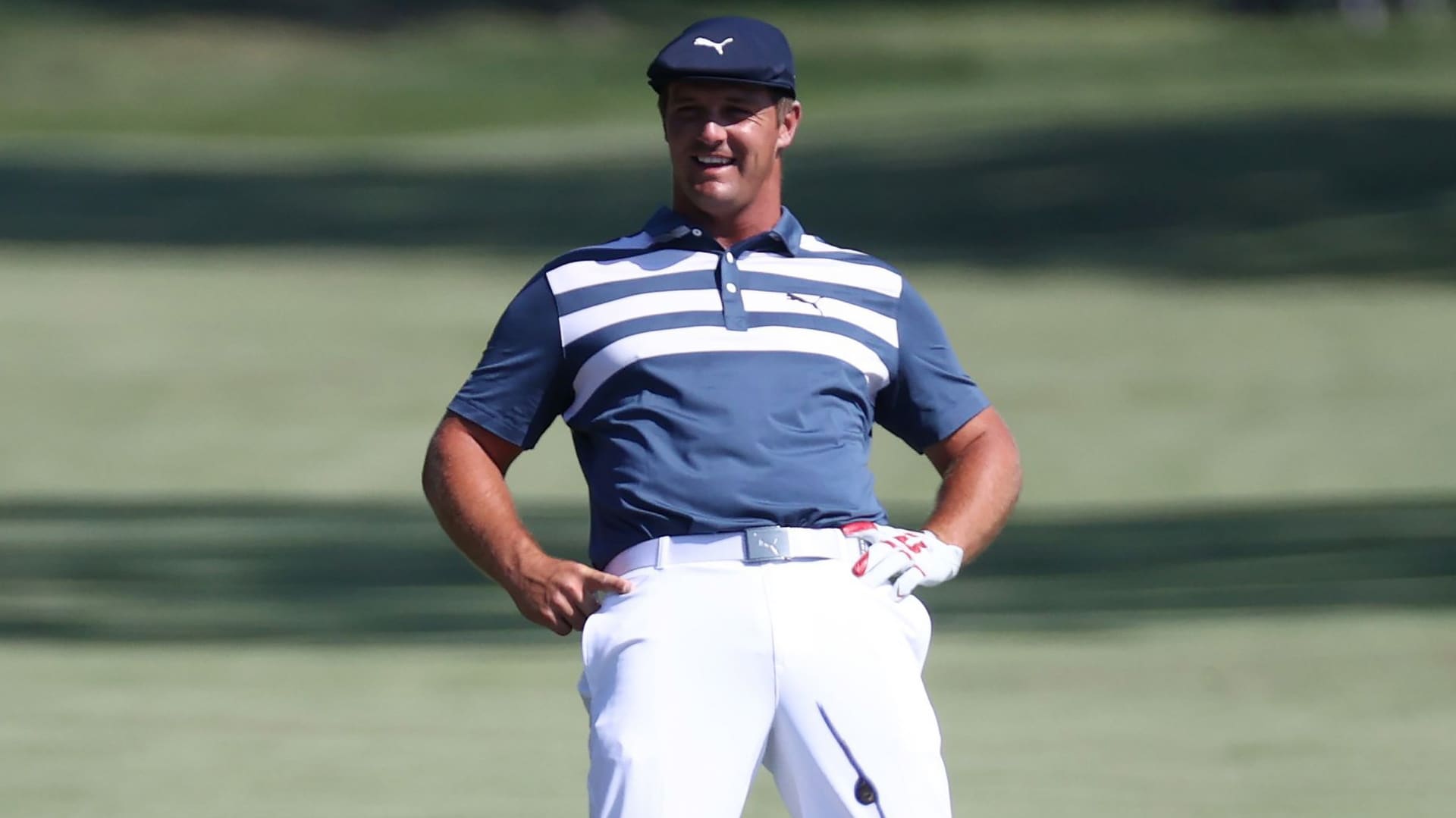 The contest continues this week with the Memorial Tournament and will run through the rescheduled Masters in November. Here's a look at some of the players to keep an eye on when making your Pick 'Em selections as the Tour returns to Muirfield Village Golf Club for the second straight week:

1. Bryson DeChambeau: The Tour's bulkiest star remains the biggest storyline since the sport returned from a three-month hiatus. DeChambeau is on a run of seven straight top-10 finishes, capped by a rousing victory two weeks ago in Detroit where he powered a vintage layout into submission. He won this event two years (and several pounds) ago, and there's no telling the sight lines he'll opt for this week at Jack's Place.

2. Justin Thomas: Thomas came oh-so-close to victory Sunday, coughing up a three-shot lead over the final three holes before losing in a playoff. He has a chance to exact some immediate revenge, with the Tour staying at the same venue for another week. He remains one of the best players on any course, let alone one where he has an extra bit of motivation, as all six of his made cuts this year have ended in top-10 finishes.

3. Patrick Cantlay: Last year's winner quietly finished T-7 last week thanks to a closing 65. Cantlay was also fourth at this event in 2018 and is riding a streak of nine straight sub-par rounds in this event. He also finished T-11 at Travelers in his only other start since returning from break. He may not be flashy, but Cantlay's combination of accurate irons and timely putting make him a force at Muirfield Village.

4. Collin Morikawa: By now Morikawa has downed his celebratory milkshake, and he's back for more. The 23-year-old righted some wrongs Sunday, capping a win just weeks after losing in a playoff at Colonial. He's now the Tour leader in strokes gained: approach and sure to fire some more head-turning irons this week. If the putter (150th on Tour) can cooperate on slicker surfaces like it did last week, he'll contend again.

5. Rory McIlroy: The world No. 1 has been relatively quiet since the re-start, and this is his first start since a T-11 finish at Travelers. McIlroy missed the cut last year at the Memorial but has otherwise contended often, including top-15 finishes in five of his seven prior trips. It won't be long before he's back in the mix for another Tour title, and given his usual tee-to-green work that opportunity could present itself this week.

6. Webb Simpson: Simpson is one of the hottest players on Tour, with two wins since February and a T-8 finish in his most recent start after sharing the 36-hole lead in Detroit. Simpson isn't a Muirfield Village regular, with a T-11 finish in 2016 his only result of note in his last four trips dating back to 2012. But that lack of course history is the only reason the world No. 5 isn't higher on this list, given his potent combination of iron play and putting.

7. Dustin Johnson: Johnson is teeing it up for the first time since his win at TPC River Highlands, and he's back on a course where he has had considerable success. In eight trips since 2011 he has cracked the top 20 five times, including a T-8 finish last year and a third-place showing in 2016. Johnson also finished T-17 at Harbour Town, and a good week here could show that he's ready to feast on the upcoming stretch of big events.

8. Viktor Hovland: Hovland was in it to the bitter end last week, ultimately missing the playoff by four shots. But a solo third finish was his best result since his breakthrough victory in Puerto Rico, and it marked his fifth straight top-25 finish since the break. Hovland is already up to 33rd in the world rankings and now ranks ninth on Tour this season in strokes gained: tee-to-green.

9. Kevin Streelman: Streelman isn't the loudest guy on Tour, but he gets the job done - especially at this event. Fresh off his runner-up at the Travelers, his second such result this year, Streelman finished T-7 last week thanks in large part to a Friday 64. That continues his established affinity for Muirfield Village, where he has finished T-18 or better four of the last five years. That includes a fourth-place showing last year, when he climbed the leaderboard with a final-round 66.

10. Xander Schauffele: Schauffele hasn't received much buzz since the Tour returned to action, but that hasn't stopped him from racking up three top-20 results in four starts. That includes a near-miss at Colonial and a T-14 finish last week, when he shot a third-round 66. Schauffele missed the cut in his Memorial debut two years ago, but last year bounced back with a T-14 finish that included four rounds of par or better and seems more emblematic of his potential this week.