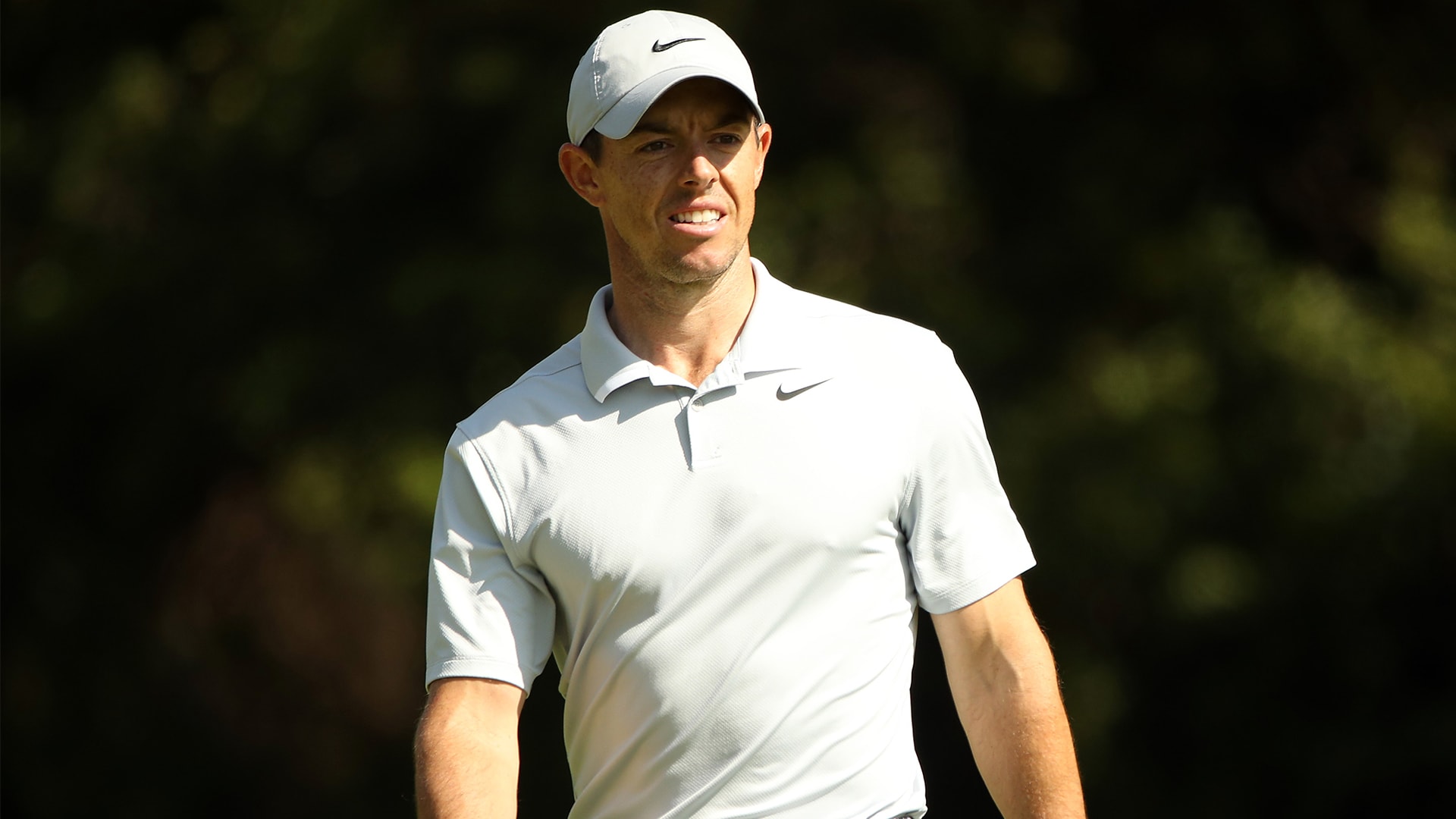 Located in the NBC Sports Predictor app, Golf Pick 'Em gives fans a chance to win cash and prizes by predicting how some of the top PGA Tour stars will fare against each other on a weekly basis. The focus will be on choosing between a series of head-to-head matchups as well as selecting an overall tournament champion and winning score.

The contests continues this week with the WGC-Mexico Championship and will continue through the season-ending Tour Championship in Atlanta. Here's a look at some of the players to keep an eye on when making your Pick 'Em selections as a stacked field battles altitude in Mexico City:

1. Rory McIlroy: The world No. 1 had a rough Sunday at Riviera and still finished T-5. Such is the ceiling these days for McIlroy, who possesses all the shots and had them on full display for 54 holes in Los Angeles. A runner-up last year at this event, McIlroy also finished T-7 in his only other appearance at Chapultepec and seems like a lock to contend throughout the week.

2. Dustin Johnson: With Phil Mickelson not qualifying, Johnson is the only player in the field who has won at this golf course, having done so both last year and in 2017. It's clearly a venue where the long-hitter thrives, as last year's clinical performance produced a five-shot win. While he faded Sunday at Riviera, Johnson still has top-10s in three of his first four starts this year and appears to have shed any lingering rust from a late-season knee injury.

3. Webb Simpson: Simpson was the only top-10 player to skip last week's event in California, and he's teeing it up for the first time since his playoff victory in Phoenix. The veteran has been on a tear in recent weeks, losing a playoff at the RSM Classic and missing one at the Sony Open by a single shot. On a course where accurate iron play will be critical, the Tour leader in strokes gained: approach should thrive.

4. Jon Rahm: The Spaniard once again has the world No. 1 ranking in his sights this week and can pass both McIlroy and idle Brooks Koepka with a win. While he's struggled here the past two years, Rahm did finish T-3 back in 2017 and he continues to play some of the best golf of his career, as a T-17 result last week at Riviera was his worst on the PGA Tour since May.

5. Justin Thomas: Thomas nearly won this event two years ago, holing a memorable wedge on the 72nd hole before losing to Mickelson in a playoff. It remains the high point of three trips to Mexico City, all of which have ended with top-10 finishes. While the former No. 1 seemed woefully out of sorts last week, missing the cut by a wide margin, he's likely to bounce back in a big way this week on a course where he has shot 66 or lower six times, including a pair of 62s.

6. Hideki Matsuyama: Matsuyama has now gone nearly three years since his most recent PGA Tour win, but there's reason to think that drought will end soon. Matsuyama rallied to finish fifth in L.A., his third finish of T-16 or better in his last four starts, and he's now up to fourth this season in strokes gained: tee-to-green.  He has cracked the top 25 in both trips to Mexico City, including three straight sub-par rounds to end last year.

7. Adam Scott: Scott ended a nearly four-year PGA Tour victory drought at Riviera, but his win was his second worldwide title in as many starts dating back to last year's Australian PGA. The Aussie was down to 82nd in the world less than two years ago, but he's now back inside the top 10 and clearly on the rise. Scott finished T-45 in his lone Chapultepec appearance but has enough recent form to trump any lack of course history.

8. Xander Schauffele: Schauffele has been solid at this event, finishing T-14 and T-18 in two prior appearances while breaking par in six of eight rounds. A month removed from a playoff loss at Kapalua, he has notched top-25 finishes in his two most recent starts and appears poised to once again contend in a WGC after losing a playoff to McIlroy in China earlier this season.

9. Bryson DeChambeau: DeChambeau's all-bulk strategy drew a few snickers in the offseason, but no one's laughing now. The American has top-10 finishes in two of his last three worldwide starts, has been near the top of the field in strokes gained: off-the-tee each of the last two weeks and could thrive with the extra mathematical element involved this week with calculating yardages in altitude.

10. Sergio Garcia: Believe it or not, El Nino has been a name to watch since this event shifted to Mexico three years ago. Garcia hasn't finished worse than 12th, topping out last year with a T-6 finish, and now he returns with top-10 finishes in two of his first four starts this year.