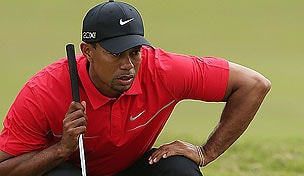 With the season's first major now only three weeks away, the Florida swing concludes this week with the Arnold Palmer Invitaitional. Bay Hill will play host to a star-studded field, with many of the game's best playing in their final event before taking a trip down Magnolia Lane.

Tiger Woods returns to defend the title he won last year, the seventh time he has won on this course during his career. Here are 10 players to watch this week in Orlando:

1. Tiger Woods: With two wins already under his belt this season, the 7-time Bay Hill champ is a clear-cut favorite. Only two weeks removed from an emphatic win at Doral, there's reason to think his winning ways will continue this week.

2. Graeme McDowell: The Ulsterman is now riding a streak of three straight top-10 finishes dating back to the WGC-Accenture Match Play. Now a resident of nearby Lake Nona, G-Mac was a runner-up to Woods last year in addition to his T-2 finish here in 2005.

3. Jim Furyk: Notched his first top-10 of the season in Tampa, and his strong history at Bay Hill includes top-11 finishes each of the last three years. Furyk has been finding the fairway early and often in 2013, ranking third on Tour in driving accuracy.

4. Sergio Garcia: His strong start to the 2013 season has continued in Florida, where he finished T-3 at Doral and T-7 at Innisbrook. The Spaniard has been remarkably consistent at Bay Hill, finishing inside the top 10 in six of 10 API appearances since 2001, including an eighth-place showing in 2011.

5. Phil Mickelson: A winner last month in Phoenix, Mickelson tied for third at Doral in his last start and has some positive memories at Bay Hill. After winning this event in 1997, Lefty carded three top-five finishes in a four-year stretch from 1999-2002, and he's also finished T-24 each of the past two years.

6. Ian Poulter: Poulter has played Bay Hill as well as just about anyone over the past two years, finishing T-12 in 2011 and third a year ago. Making just his fourth start of the year in the U.S., the Englishman ranks fourth on Tour in scrambling and seventh in strokes gained putting.

7. Justin Rose: Appears to be in good form, having followed his T-4 finish at Honda with a T-8 in defense of his title at Doral. Rose tied for 15th here a year ago and was T-3 at Bay Hill in 2011, showing that he knows how to get around at Arnie's Place.

8. Brandt Snedeker: The hottest player over the first two months of the season, Snedeker returns to action after being sidelined for more than a month with a rib injury. His form this year has been stellar, but his best finish in six Bay Hill starts is just a tie for 14th in 2008.

9. Lee Westwood: The Englishman has only played here once since 2007, but three of his last four API appearances have resulted in top-20 finishes. He also has three top-25 finishes in four stroke-play starts this year, highlighted by a tie for ninth at PGA National three weeks ago.

10. Keegan Bradley: Bradley was seventh at Doral, his fourth straight top-25 in a stroke-play event. Though he missed the cut in his only prior Bay Hill appearance, he should fare considerably better this year on the heels of 13 straight stroke-play rounds at 71 or better, dating back to Phoenix.