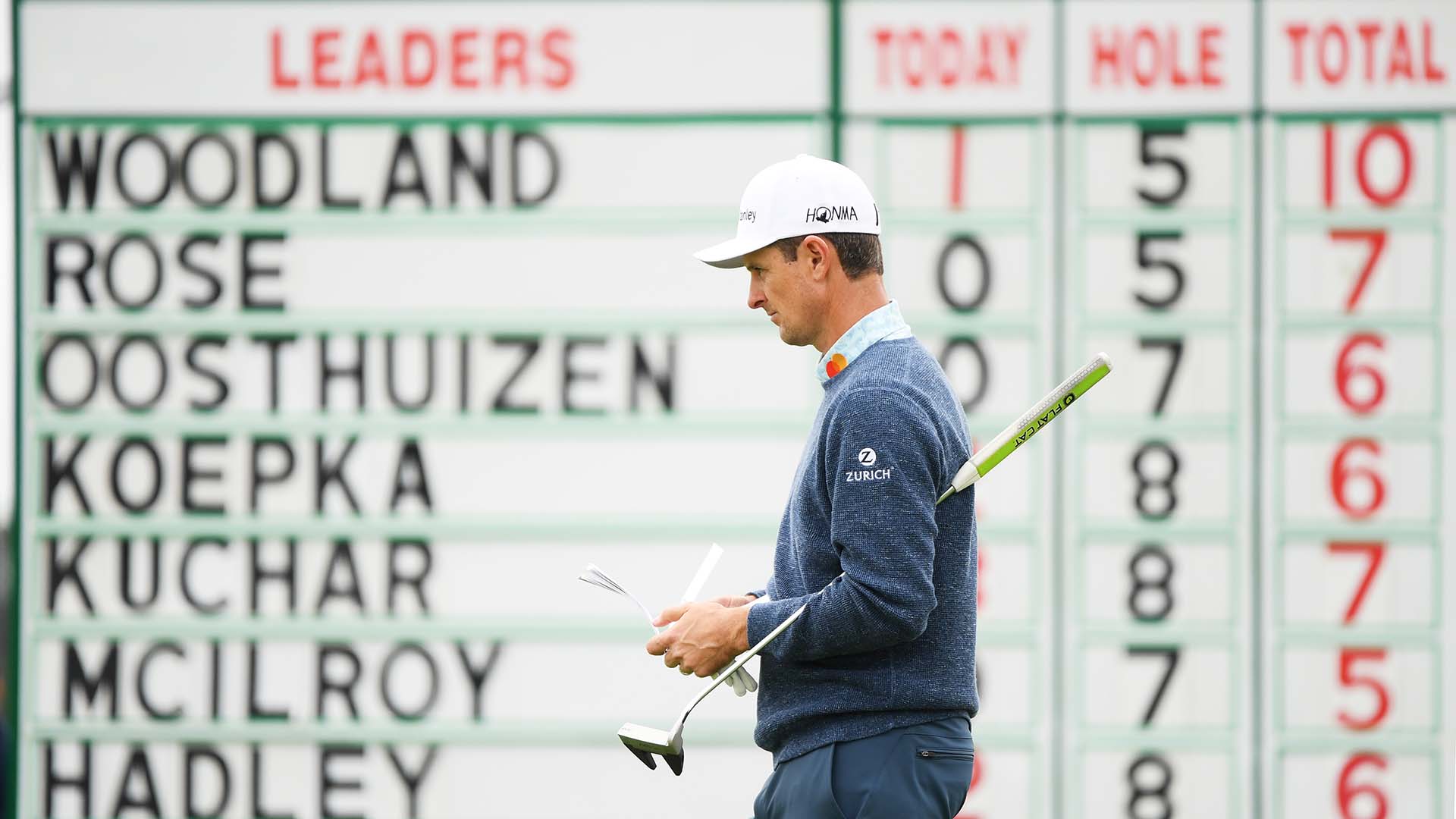 So on the eve of the final round, we asked our writers on location who is going to win the year's third major.

RYAN LAVNER: Brooks Koepka. No one ahead of Koepka should scare him. Woodland is in this position for the first time. Rose’s near-perfect scrambling is unsustainable. Chez Reavie? Winless in 11 years. Louis Oosthuizen? An Open champion but also a perpetual runner-up. Everyone else? Historically, they have no chance – the past 20 U.S. Open champions have all been within four shots of the lead heading into Sunday. As for Koepka, he’s hit the most greens and, unofficially, the most lips. Those birdie putts will drop eventually, and he won’t shrink from the moment. That’s a winning combination.

REX HOGGARD: Gary Woodland. If history isn’t exactly on Woodland’s side on Sunday at Pebble Beach, everything else seems to suggest the 35-year-old is poised to break through the Grand Slam ceiling. At last year’s PGA Championship he set out in the day’s third-to-last group paired with Tiger Woods, a situation that is as intense as golf gets, and although he finished tied for sixth place, it was the kind of experience that propels a player to greater things. His game is clearly up to the challenge, and after plenty of trial and error Woodland is ready to take the next step.

WILL GRAY: Get ready for another point to the heavens from Justin Rose. The Englishman knows exactly what it takes to win this event, having done so six years ago at Merion, and his closing birdie to draw within one shot of Gary Woodland may prove to make all the difference. It’ll likely render sleep for the 54-hole leader a bit more fitful, while Rose can rest up and rely on a putter that’s currently leading the field on the tiny greens at Pebble. Rose went about things in reverse Saturday, treading water on the easy opening stretch before pouring in four birdies over his final 11 holes. Should that productivity continue again he’ll likely have enough to overtake Woodland and hold off the inevitable charge that will come from the two-time defending champ.

JASON CROOK: Justin Rose is going to win his second U.S. Open tomorrow. Why? Well for starters he already thinks he’s leading. “I'm not chasing, really, I'm so close to Gary [Woodland] that I have to go out and play my game tomorrow,” he said after his round on Saturday. And he’s not wrong. One back and in the same group, Sunday at Pebble Beach could very well turn into a match-play scenario between Rose and Woodland, and in that scenario it’s tough to bet against Rose.