Q&Gray: Is Tiger Woods' body ready for what's ahead of him? 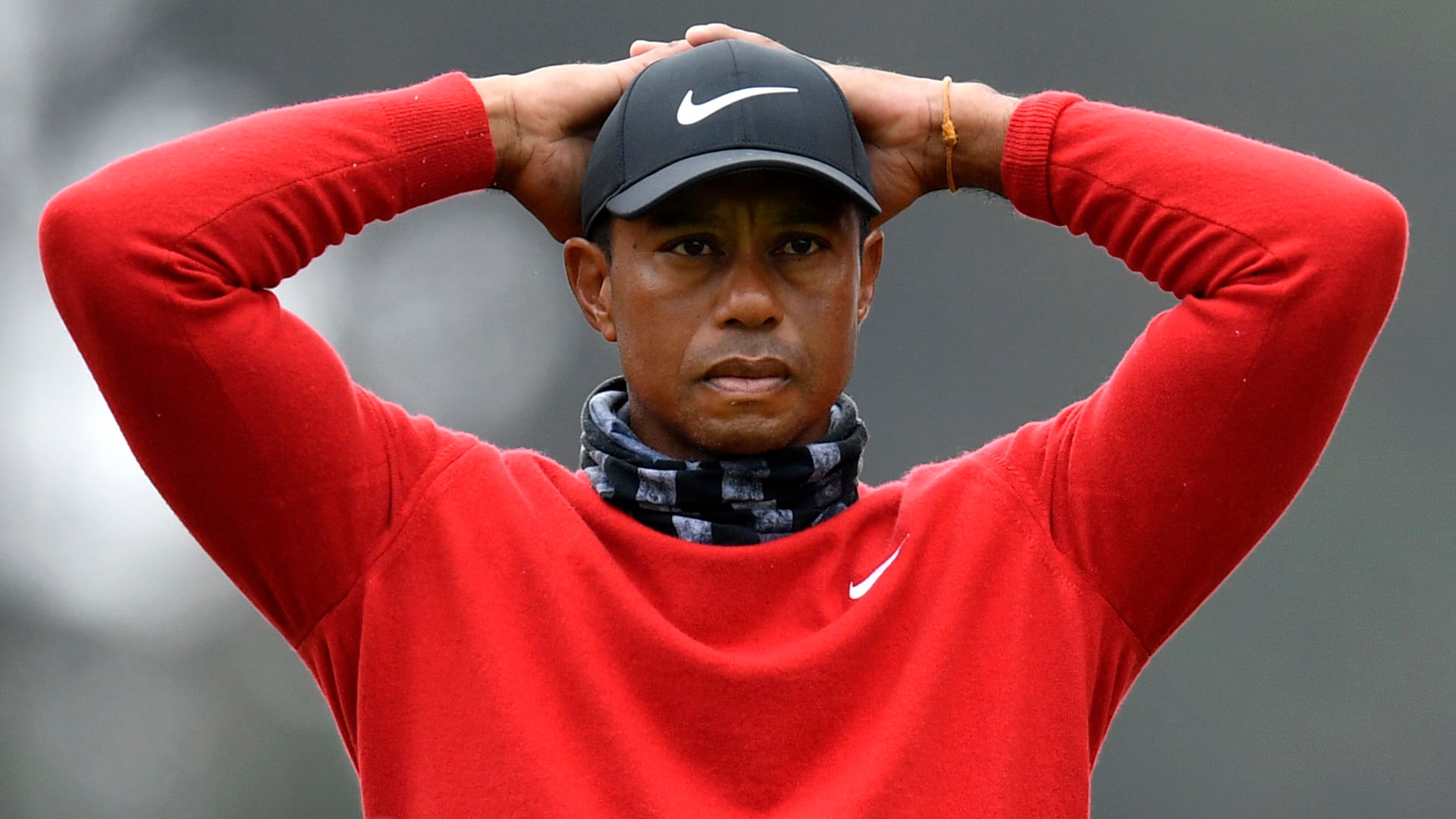 The PGA Tour’s three-week sprint to a lucrative finish line starts this week at TPC Boston, where 124 players will begin The Northern Trust with hopes of making it to next week’s 70-man BMW Championship and then the 30-man finale at East Lake. Some of the biggest stars will spend the next two weeks simply jostling for Atlanta position, while others enter the playoff opener with their season on the line.

From the return of Tiger to the fate of a pair of former world No. 1s and a notable streak in jeopardy, here are the burning questions to consider ahead of this week’s event in Massachusetts:

Is Tiger Woods’ body ready for three in a row?

It’s no guarantee that Woods will make it to East Lake, where he broke through for a memorable win two years ago. He’ll start the postseason at No. 49 in points, needing a strong result either this week or in Chicago to crack the top 30. But to do that, he’ll need a clean bill of health and a full tank of gas.

Woods hasn’t played two consecutive weeks since last year’s playoffs, a disastrous run that saw him withdraw after a few holes at Liberty National before a listless performance at Medinah. He was on the operating table to clean up a knee injury shortly thereafter. To find the last time he completed two straight events, you have to go back to Riviera and Mexico City 18 months ago.

If anything, Woods should be well-rested as he returns to TPC Boston, where he won in 2006 but has only played once since 2013. This will be his third start since the break, and there were some positive takeaways from his T-37 finish at the PGA. He said afterwards that he planned to ramp up his prep for the upcoming busy stretch. But there are still more questions than answers, and he can silence any doubts by putting together a solid performance this week that shows his body is ready for two, and possibly three, starts in a row. 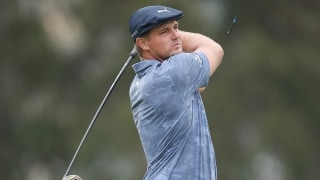 So content was Bryson DeChambeau with his career-best major finish that he grinded for nine hours on the range last weekend.

Is it about to become Bryson season?

The Tour has not played TPC Boston since the 2018 Dell Technologies Championship. There hasn’t been a marquee men’s event at Olympia Fields, site of next week’s BMW Championship, since the 2015 U.S. Amateur. The common thread between those two events? Both were won by Bryson DeChambeau.

DeChambeau will start the playoffs as the No. 4 seed, buoyed by a clinical win in Detroit and eight top-10 finishes over his last 10 starts. That includes a T-4 finish at the PGA, which he described as “validating” given his lack of prior success in the majors. The confidence is there once again this week, as DeChambeau told reporters that he plans to continue to push the envelope on distance and speed.

Two years ago DeChambeau pulled off a playoff double-dip, winning the first two postseason events including at TPC Boston after playing alongside Woods during the first two rounds. That run didn’t end with a FedExCup title, but it did net him a Ryder Cup berth and stamped his name as a perennial factor whenever the biggest names gather. Now with not one but two familiar courses in his path on the road to Atlanta, DeChambeau could be poised for even bigger results over the next three weeks. 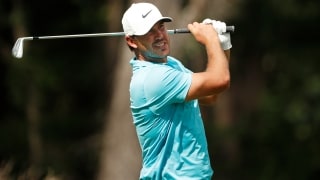 Can either Brooks Koepka or Jordan Spieth save their seasons?

Well, we originally wondered if Brooks Koepka or Jordan Spieth would be able to move past Round 1 of the playoffs. We now know that Koepka's season is done, after he officially announced his withdrawal on Wednesday.

Spieth, however, is still alive. For now. At No. 100 points, and with the top 70 advancing to next week's BMW Championship, he needs an exceptional week in Boston.

While Koepka is dealing with physical injuries, Spieth's issues seem to be more above the neck. He spoke of finding building blocks of confidence last week in Greensboro, where he finished near the bottom of the pack after 72 holes, and a need to have the hole seem bigger to build momentum on the greens. His T-10 finish at Colonial in his first start after the break has been followed by solid but unspectacular golf. More of the same will send him packing along with nearly half the field after this week. 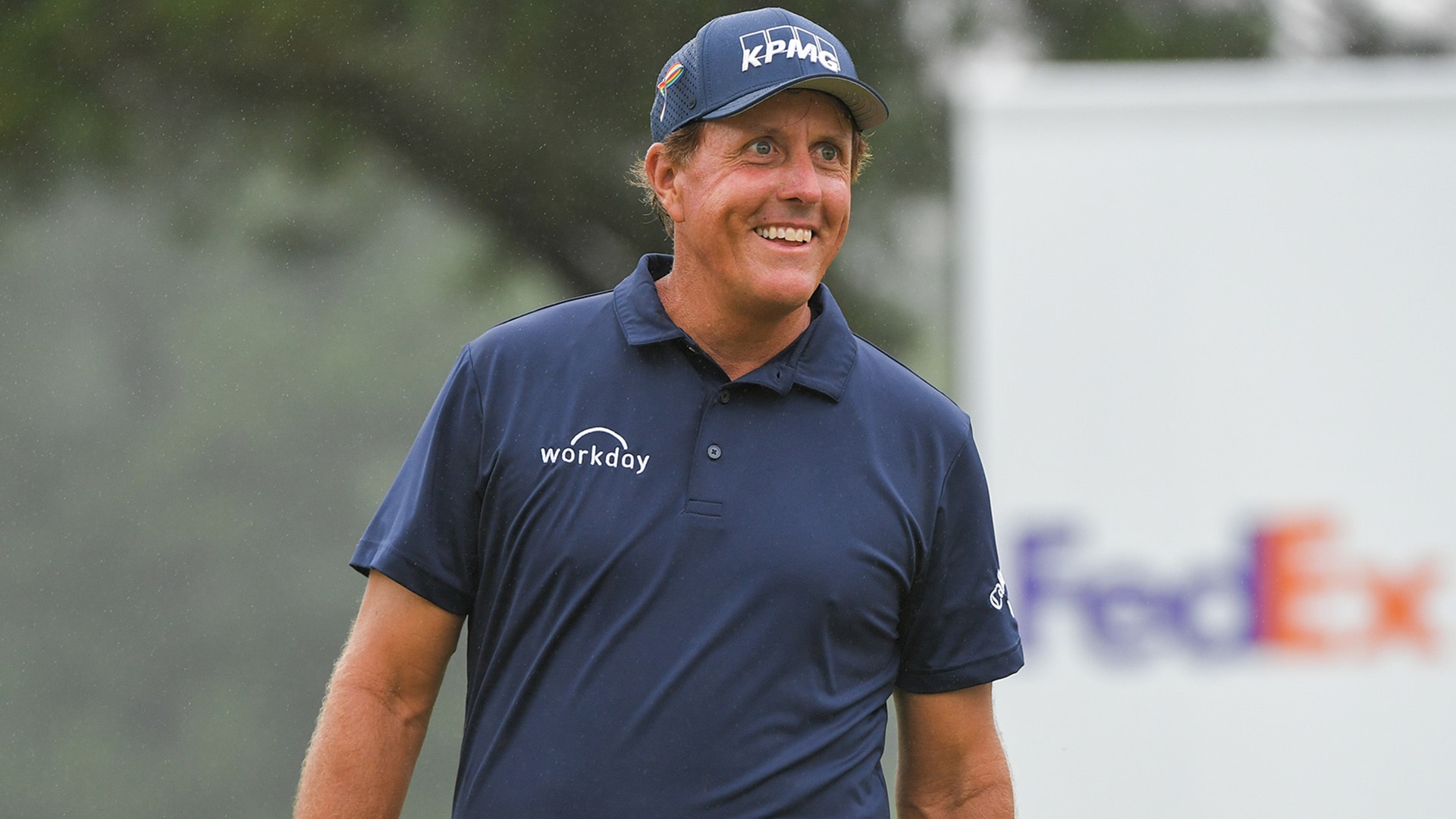 Only one player in the 13-year history of the FedExCup has made it to the BMW Championship every year: Phil Mickelson. And now the streak is very much on the line for Lefty.

While Mickelson made a big move with a runner-up finish in Memphis last month, he’s still in precarious position at No. 67 heading into this week’s event. But he won here in 2007, has three other top-10s since 2010 and his most recent round at TPC Boston was particularly memorable: a final-round 63 in 2018 that sealed a captain’s pick for the Ryder Cup a few weeks later.

Mickelson has been boom or bust for much of the past two years, but he has found a way to steady the ship in recent weeks: five starts, five straight made cuts. While he struggled over the weekend at Harding Park, a solid start to the week should put him in good position to keep the streak alive and make it to next week’s event at Olympia Fields.