Randall's Rant: Can we get a final Phil Mickelson-Tiger Woods Sunday duel? 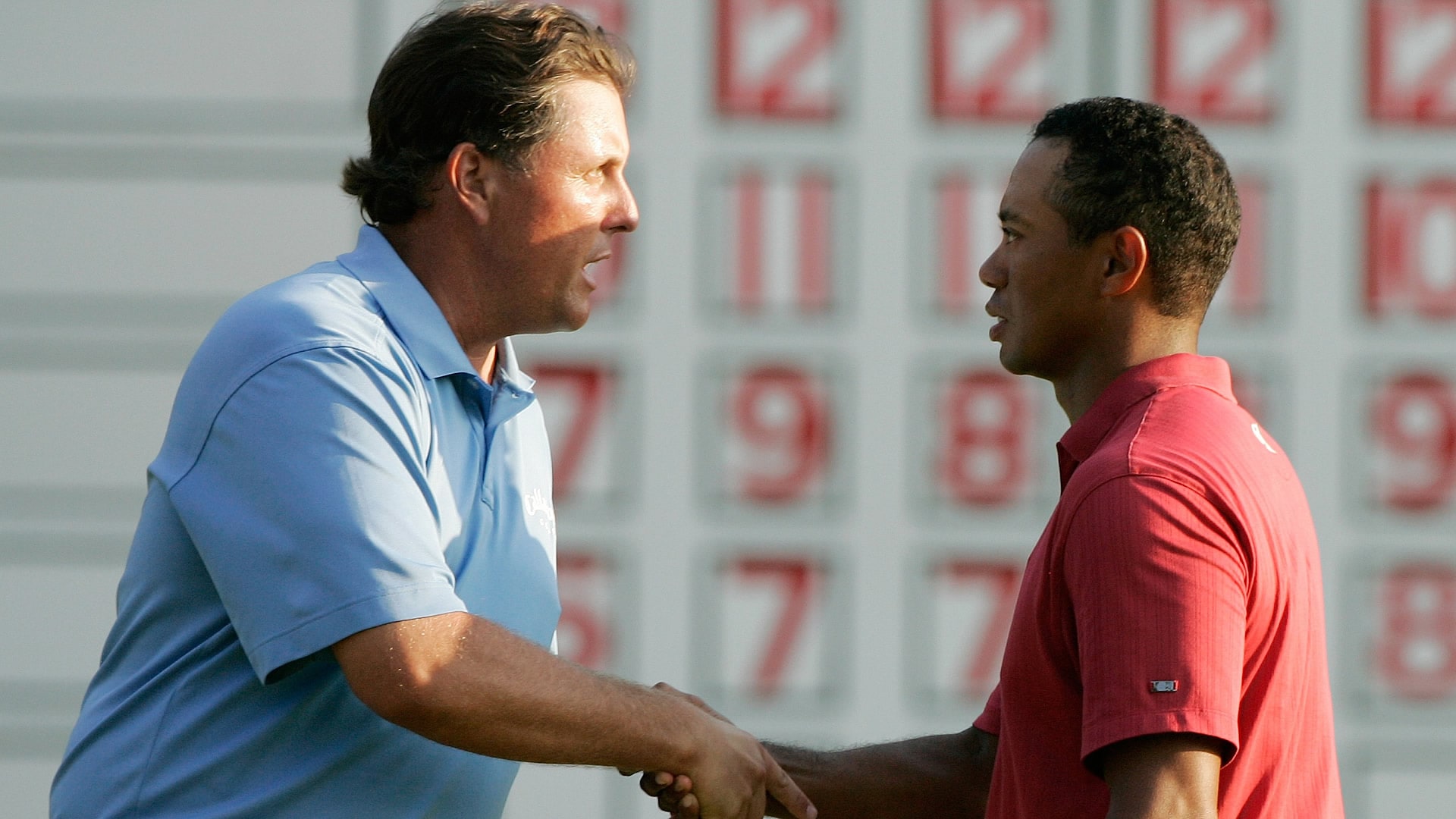 Can we have an encore, please?

While neither Tiger Woods, at 44, nor Phil Mickelson, at 49, appear to be done quite yet, the idea that the stars will align to pair them together in a final-round duel at the Genesis Invitational this weekend seems too fantastic to imagine.

Hoping this might happen at the Masters this spring is even more farfetched.

That would have been like hoping to see Bill Russell and Wilt Chamberlain go head to head for the last time in an NBA Finals game.

Oh, wait, that did happen.

Russell’s Boston Celtics beat Chamberlain’s Los Angeles Lakers 108-106 in the seventh game of the finals on May 5, 1969. It was Russell’s final game. He retired afterward, taking home his 11th NBA championship.

Getting the best of a rival, or a fellow titan in the game, is a hell of curtain call.

In his final World Series appearance, Mickey Mantle hit a three-run home run off the great Bob Gibson in the seventh game in 1964. The Cardinals won, but Mantle added to his record for World Series homers (18), a mark that still stands today.

Woods has a chance to knock out a sort of rival in history this week. Woods is looking to win his 83rd PGA Tour title and surpass Sam Snead for most in the history of the game. That’s motivation enough this week, but if Mickelson gets in the hunt ...

Woods and Mickelson may not be done conjuring magic just yet in the last acts of their PGA Tour careers, but their rivalry is probably beyond a last act.

That’s if you actually consider Mickelson a rival to Woods, because it’s easy to argue Woods is without rival, beyond a historic one with Jack Nicklaus.

After winning the AT&T Pebble Beach Pro-Am a year ago, Mickelson made us wonder if a memorable showdown with Woods wasn’t possible before they were both eligible for the PGA Tour Champions.

“I just think that both myself and Tiger are going to have a really, really good year this year,” Mickelson said in early-2019.

Tiger did, winning the Masters, the Zozo Championship and leading the Americans to a Presidents Cup victory as playing captain.

Mickelson faded in a funk, but he’s regenerating again, despite back-to-back missed cuts to start the new year. He’s coming off a tie for third place at the Saudi International two weeks ago and a solo third at Pebble Beach last weekend.

“These last couple of weeks have really given me a lot of motivation and momentum to continue doing what I've been doing,” Mickelson said.

While Woods has won more of everything than everyone but Jack Nicklaus and Sam Snead, he’s motivated by Mickelson’s success.

After Mickelson won at Pebble Beach in 2019, Woods acknowledged that. He was candid doing so when they both arrived to play Riviera Country Club last year.

“It has always pushed me,” Woods said. “My entire career, Phil will probably attest to this, we’ve always looked at the board to figure out where one another is at.”

So maybe the ball’s in Mickelson’s court ... or, um, tee box, at Riviera this week. He’s got some confidence going with two runs into contention. If Mickelson can get his name on the leaderboard early at the Genesis Invitational, maybe that’s the spark Woods needs to finally mount a run to win the event.

As the tournament host now, with health and confidence in his favor again, Woods will surprise nobody if he finally breaks through.

But if Mickelson’s there pushing him on Sunday?

Now that will be an upset. Just seeing them together in the hunt will be a hell of a curtain call for their rivalry.

Because as long as they’ve both been around, they’ve rarely dueled late on a Sunday. They’ve played as a twosome in the final group of a final round just twice in their PGA Tour careers. Woods prevailed both times, beating Mickelson in a duel to win at Doral in 2005 and also at the ’01 Masters, when Woods completed the “Tiger Slam.”

Overall, Woods is 18-15-4 when grouped with Mickelson in PGA Tour events. They last played together at The Players in 2018, when Woods got the best of Mickelson in the first and second rounds.

Mickelson has always been inspired by Arnold Palmer’s derring do, and Palmer certainly left Mickelson something to be inspired by in the way Palmer bowed out as a PGA Tour winner.

Palmer’s last PGA Tour title came at the 1973 Bob Hope Desert Classic. Playing alongside Jack Nicklaus in the final round, Palmer came from one shot back of Nicklaus and Johnny Miller to win.

So, there is that fact fueling hope for all of us wanting an encore to the Woods-Mickelson rivalry.