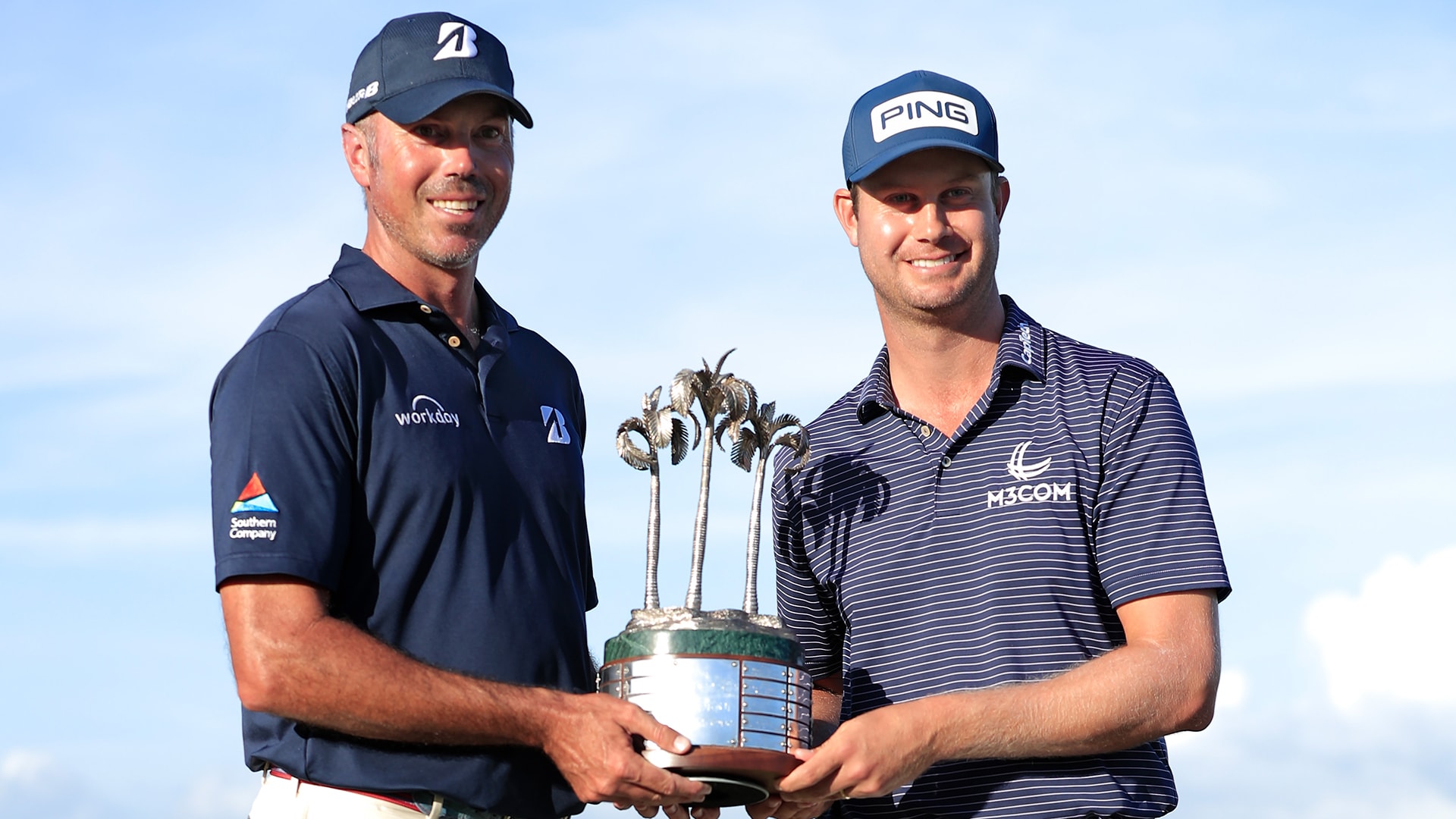 NAPLES, Fla. — Matt Kuchar and Harris English broke a bunch of their own QBE Shootout records in a runaway victory Sunday at Tiburon Golf Club.

Kuchar and English became the first team to win the event three times, finished at 37-under 179 to break the mark of 34 under they set in 2013, and won by nine strokes to top their 2013 record of seven.

“That is laughable,” Kuchar said. “It’s hard to fathom just how good of golf that was. It’s funny, as a player you stay in the moment pretty well and don’t think too much about it.”

Five strokes ahead after an 11-under 61 on Saturday in modified alternate-shot play, Kuchar and English shot a 60 in better-ball play. English closed birdie-eagle-birdie.

“I didn’t want to put too much thought into us having a five-shot lead coming in today,” English said. “I kind of wanted to put more into seeing what we could do, trying to break the record.”

Also the 2016 winners, they had the eagle and 10 birdies in the final round.

“The show Harris put on on the back nine was just awesome,” Kuchar said. “I think he pulled me aside after 14 and said, `I think we need two shots to set the new mark.′ I said, `We’ve got four chances.′ And he went ahead and went birdie-eagle-birdie to close it out. It was fun to watch.”

Defending champions Rory Sabbatini and Kevin Tway tied for second at 28 under with the all-rookie team of Lanto Griffin and Mackenzie Hughes and first-round leaders Kevin Na and Sean O’Hair.