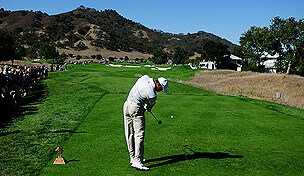 CordeValle Golf Club, which has hosted the PGA Tour’s Frys.com Open for the last three years, is likely to land the 2016 U.S. Women’s Open, according to a report Wednesday by the San Francisco Chronicle.

An anonymous source told the Chronicle that it was a “done deal,” with an announcement expected at a later date. California hasn’t hosted a U.S. Women’s Open since 1982.

Officials at CordeValle, located in San Martin, Calif., and designed by Robert Trent Jones Jr., only confirmed that it had extended an invitation to the USGA, according to the report. It will host the U.S. Senior Women’s Amateur in September.