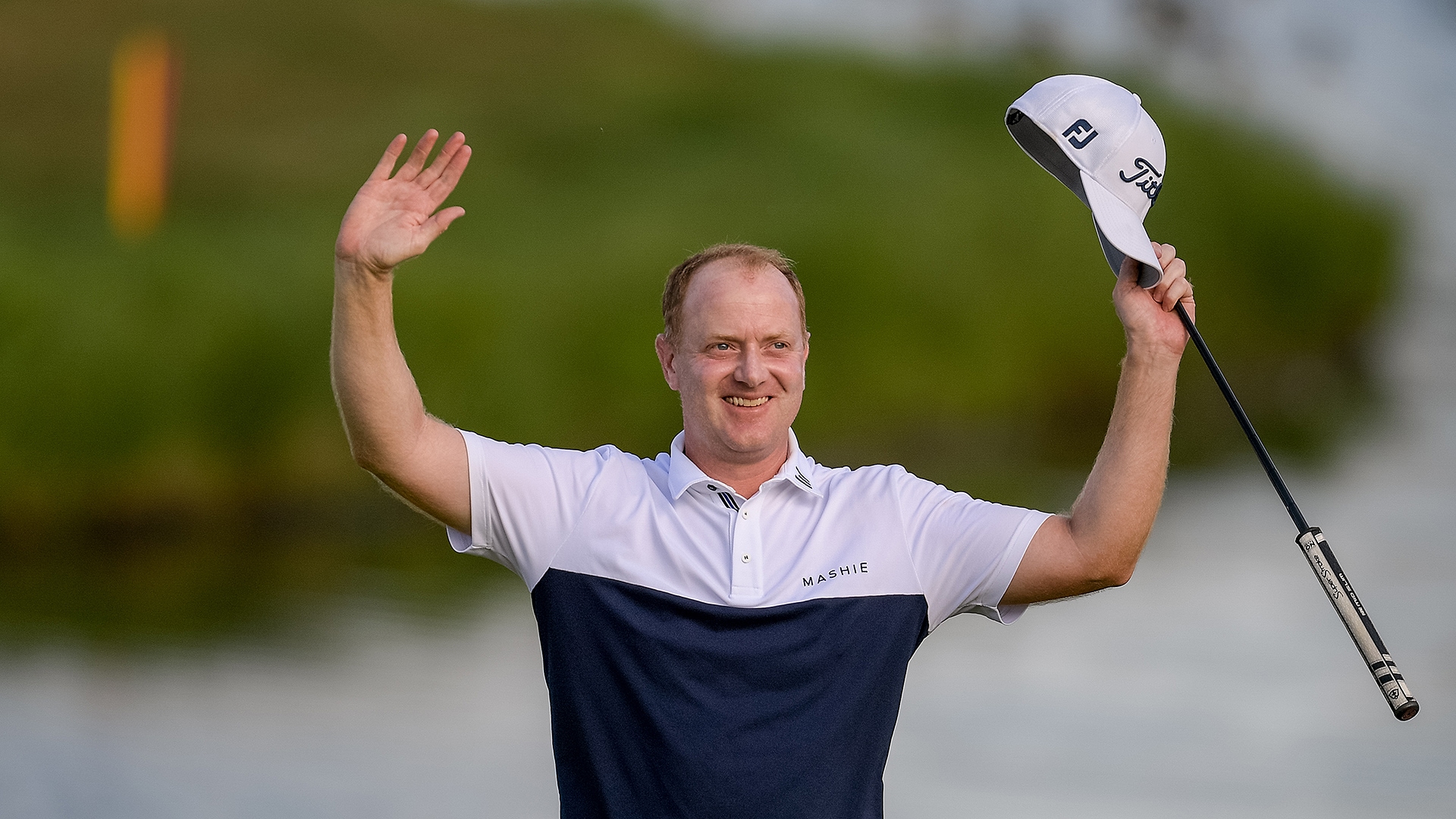 HAMBURG, Germany - Richard McEvoy won his first European Tour title at the age of 39 after a dramatic finish to the European Open in Hamburg on Sunday.

The Englishman holed a 20-foot putt for birdie on the last hole to secure a one-shot victory ahead of Renato Paratore, Christofer Blomstrand and German amateur Allen John.

McEvoy shot a final-round 1-over 73 for an 11-under 277 at Green Eagle Golf Courses. He won on his 285th European Tour appearance, 17 years after making his debut on the tour and just seven days after triumphing on the developmental European Challenge Tour.

''It's incredible. I've waited a long time, 17 years as a pro on and off the Tour, from Challenge Tour to European Tour,'' McEvoy said.

Local amateur John produced a final-round 67 to creep up the leaderboard, while Blomstrand's birdie on the 18th was enough to seal his share of second place.

McEvoy had started the final day in a share of the lead with Bryson DeChambeau but successive bogeys late in his round saw the American fall out of contention.

DeChambeau (78) twice landed in the water on the final hole, with his triple bogey-8 dropping him to a share of 13th place, a stroke behind Masters champion Patrick Reed, who ended tied for ninth after a 4-over 76.

Paratore was closest to forcing a playoff after a superb lay-up on the 18th led to the Italian narrowly missing an eagle chance.

McEvoy became the first player this season to win on the Challenge Tour and European Tour in successive weeks after his triumph at the Le Vaudreuil Golf Challenge last week.