McIlroy 1 back through 54 at Dubai Desert Classic 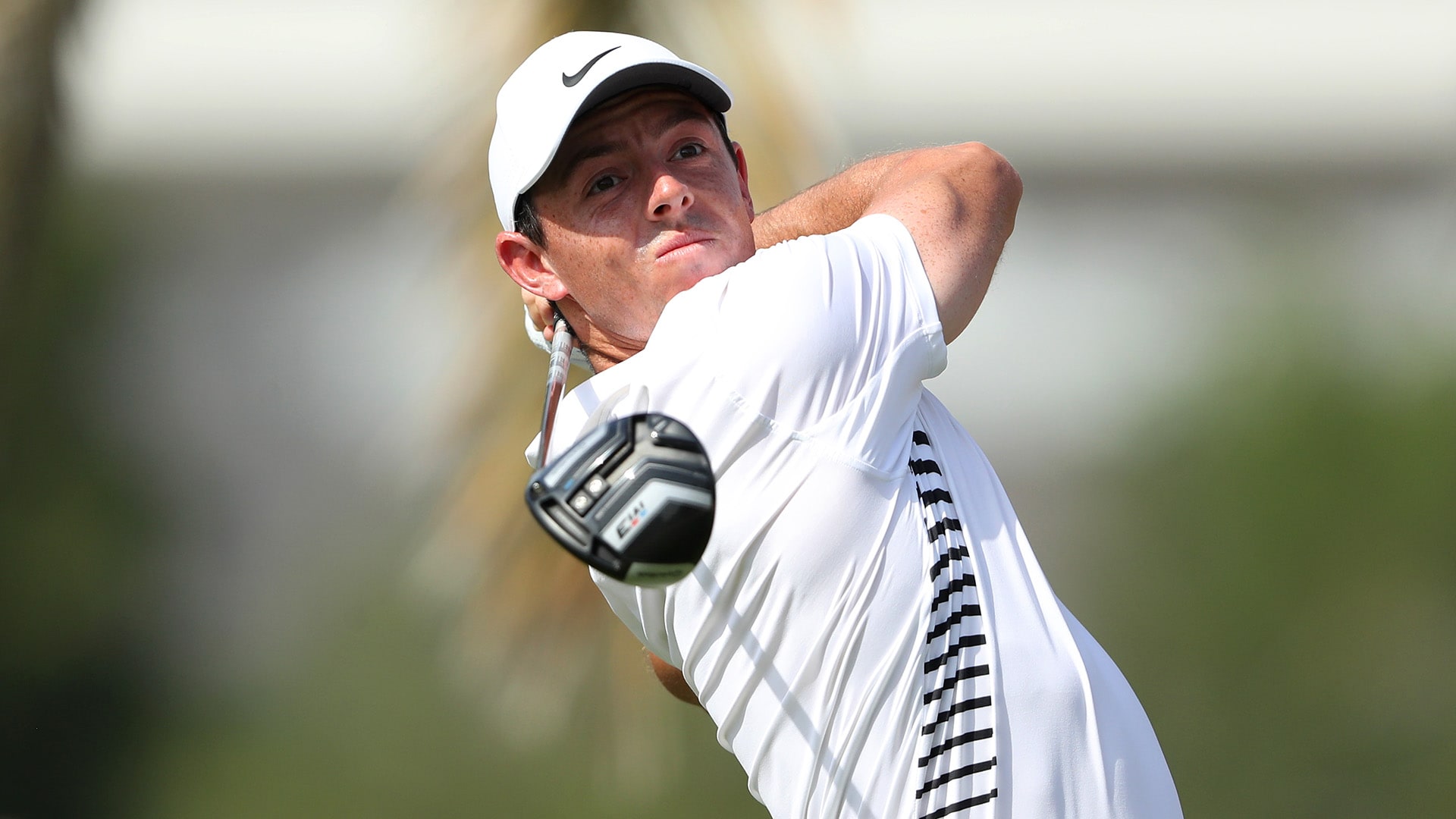 Rory McIlroy shot 5 under for seven holes to complete his second round on Saturday morning and take a two-shot lead at the Dubai Desert Classic. His hot start to the morning resulted in 8-under 64 and 15-under total through 36 holes.

Round 2 was suspended Friday night because heavy fog delayed the start of Round 2 by 2 hours and 50 minutes.

Players were then sent off in threesomes for Round 3, where McIlroy shot 4-under 68 to trail Li Haotong by a shot. McIlroy made the turn in his third round in 1 over – one birdie to two bogeys - but made eagle at the 550 yard par-5 10th hole by hitting driver, 7 iron to 10 feet and rolling that in. He added birdies on the 13th, 16th and 18th holes for a round of 68.

McIlroy is in position to capture his first worldwide win since the 2016 Tour Championship. He's trending in the right direction, after coming back last week at the Abu Dhabi HSBC Champions from a layoff of more than 100 days, McIlroy finished in a tie for third. He's seeking his third win at the Dubai Desert Classic (2009, 2015).