McIlroy: 'Blend of aggression and patience' key to chasing down DJ 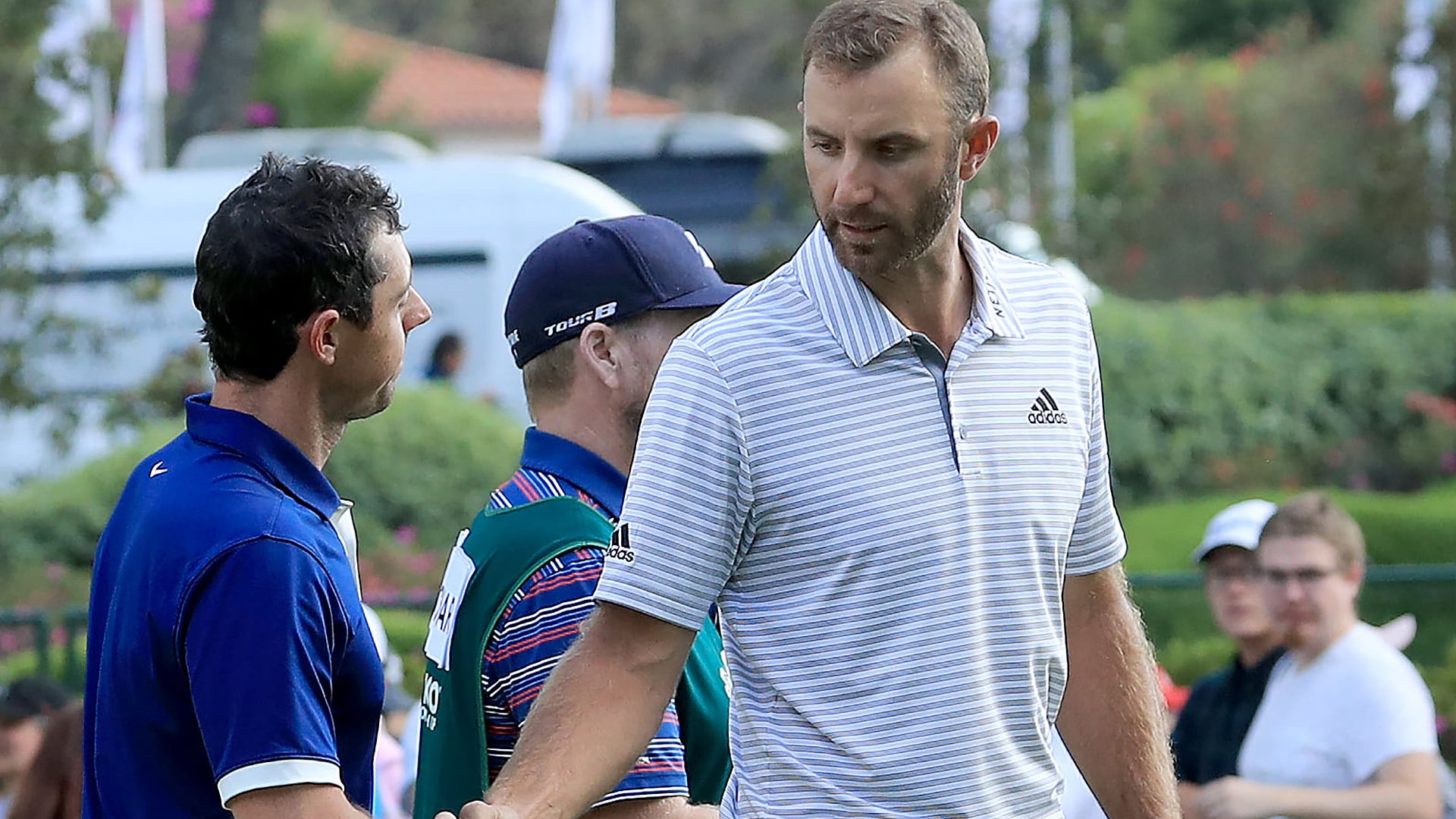 MEXICO CITY — Rory McIlroy will start Sunday four off the lead held by Dustin Johnson at the WGC-Mexico Championship.

But he knows quickly this leaderboard can change.

In one hole on Saturday – the par-4 10th – McIlroy cut his deficit from five to two when he made birdie and Johnson hit two trees and made double.

It was part of a third-round 68 from McIlroy that featured six birdies and three bogeys. As so many players in the field – including McIlroy and Johnson themselves – have pointed out, Club de Golf Chapultepec can yield very low scores, but it can also send players plummeting down the leaderboard in an instant.

That why’s McIlroy says he’ll need to employ a “blend of aggression and patience” if he’s going to run down DJ.

“DJ was cruising for a few holes, and he gets caught up on the right side there a little bit … and all of a sudden you go from six behind on the ninth tee to two behind on the 11th tee,” McIlroy said. “It can change that quickly, and that's something I'm going to have to just keep reminding myself tomorrow with a bit of a deficit.”

Johnson is 7 for 15 converting 54-hole leads in his PGA Tour career. Per Golf Channel research, players with a four-shot lead on Tour have converted 81 percent of the time since 2013. Johnson, of course, forfeited a six-shot lead on Sunday back in 2017 at the WGC-HSBC Champions, but he’s offered little evidence he’s due for meltdown tomorrow. That double at 10 remains his only blemish of the week.

So as much as Rory will try to stay patient, he knows at some point he’s going to have to force the issue.

“I played the last 10 holes really well. I played them in 4 under par, which I needed to do just to keep myself in touch,” McIlroy said. “DJ is playing very well, he seems to be very comfortable on this golf course. He won here in '17. I think he played pretty well last year as well (T-7).

“So, yeah, he's going to be very tough to beat.  Tomorrow I'm going to have to go out there and probably shoot something similar to what I shot the first day (63) to hve a chance.”