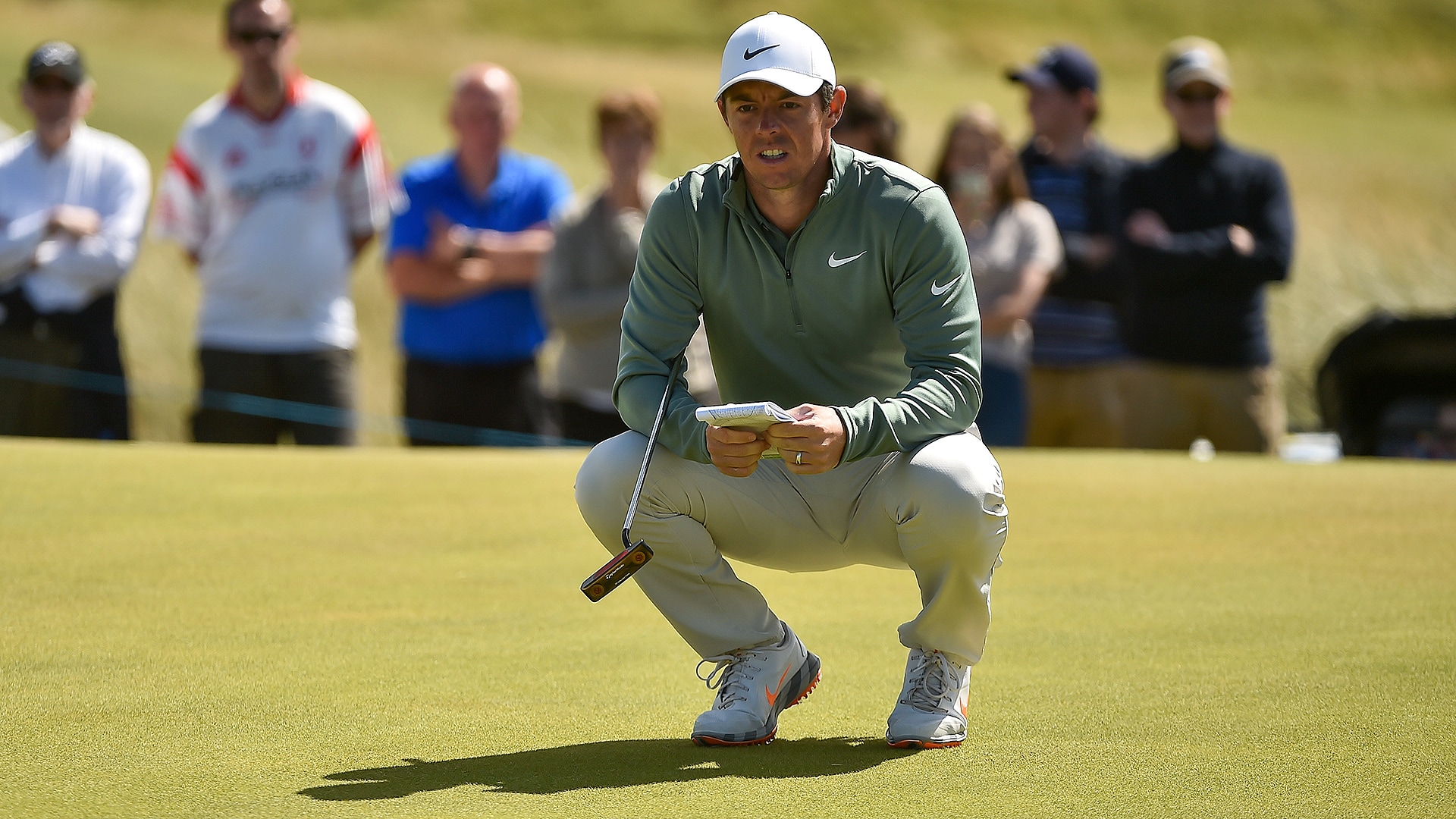 Rory McIlroy is on the fringe of contention in the early going at the Dubai Duty Free Irish Open despite the fact that his putter failed to cooperate during his opening round at Ballyliffin.

The tournament host carded four birdies en route to a 2-under 70 under sunny skies, and the score left him three shots off the pace of New Zealand's Ryan Fox. But McIlroy's round could have been even better had he not gone cold on the greens, missing at least seven putts from inside 15 feet including four over his first five holes.

McIlroy is 110th this season on the PGA Tour in strokes gained: putting, and his issues on the greens carried with him across the Atlantic after the Ulsterman took a week off following a T-12 finish at last month's Travelers Championship. He birdied two of the three par-5s at Ballyliffin, but outside of that could only manage makes on the par-3 seventh and a lengthy birdie on the par-4 12th.

McIlroy will not play next week's Aberdeen Asset Management Scottish Open, meaning this will be his final competitive start before turning his attention to earning a second claret jug later this month at Carnoustie.