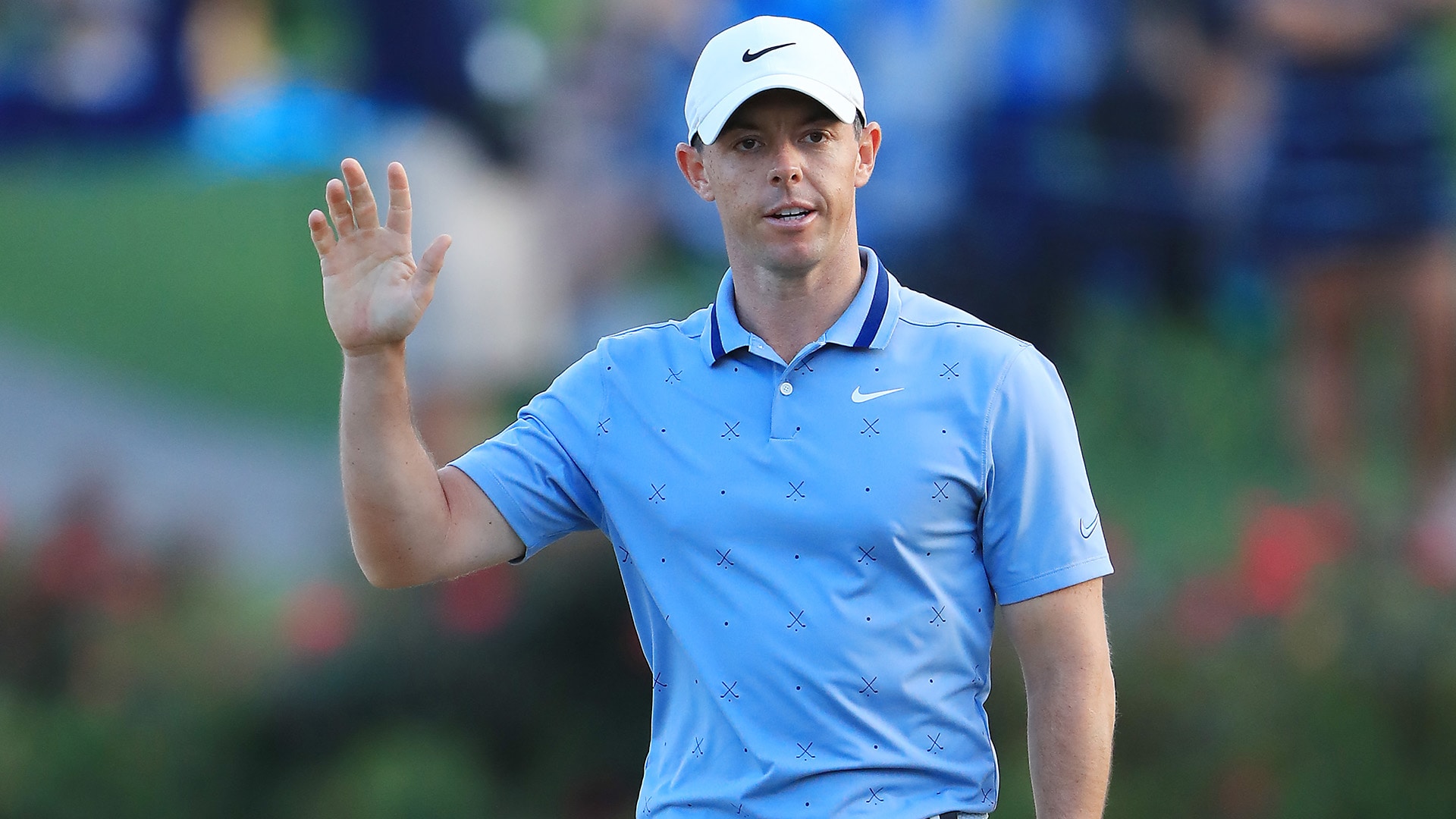 Rory McIlroy started his second round two shots off Tommy Fleetwood and Keegan Bradley’s lead at The Players.

After bogeying his first hole at TPC Sawgrass, McIlroy caught fire. He played his 17 other holes in a bogey-free 8 under to post a Friday 65 and tie Tommy Fleetwood atop the leaderboard at 12 under par.

The Ulsterman picked up three shots in two holes at the par-5 16th and par-3 17th.

On 16, McIlroy had 223 yards into the green for his second shot. He hit it to nine feet and sunk the putt for eagle, leaving him just one off the lead.

Then came the iconic 17th, where McIlroy rolled in a 21-footer to pull even with his Ryder Cup teammate.

A par at the 18th closed out a 65 and put McIlroy and Fleetwood three clear of the rest of the field.