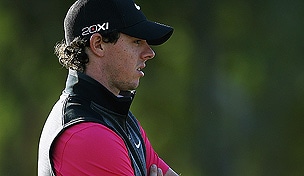 As expected, world No. 1 Rory McIlroy formally committed Wednesday to play the Shell Houston Open, marking the Northern Irishman’s first appearance there since 2010.

The Houston Open, scheduled for March 28-31 on the Tournament Course at Redstone, will mark McIlroy’s final start before The Masters. In his only two appearances at the event, he finished 19th in 2009 and missed the cut in 2010.

“We’re excited to have Rory back,” said tournament director Steve Timms, according to published reports. “He played with us when he was first getting started in his career. It’s always great to have the No. 1 player in the world in your field.”

The Houston Open will likely include at least three players in the OWGR’s top 10, with McIlroy, No. 5 Louis Oosthuizen and No. 8 Lee Westwood. Phil Mickelson, who won last week at the Phoenix Open, has played in Houston each of the past five years.

McIlroy, who missed the cut in his only appearance this season, will tee it up in two weeks at the WGC-Accenture Match Play Championship.