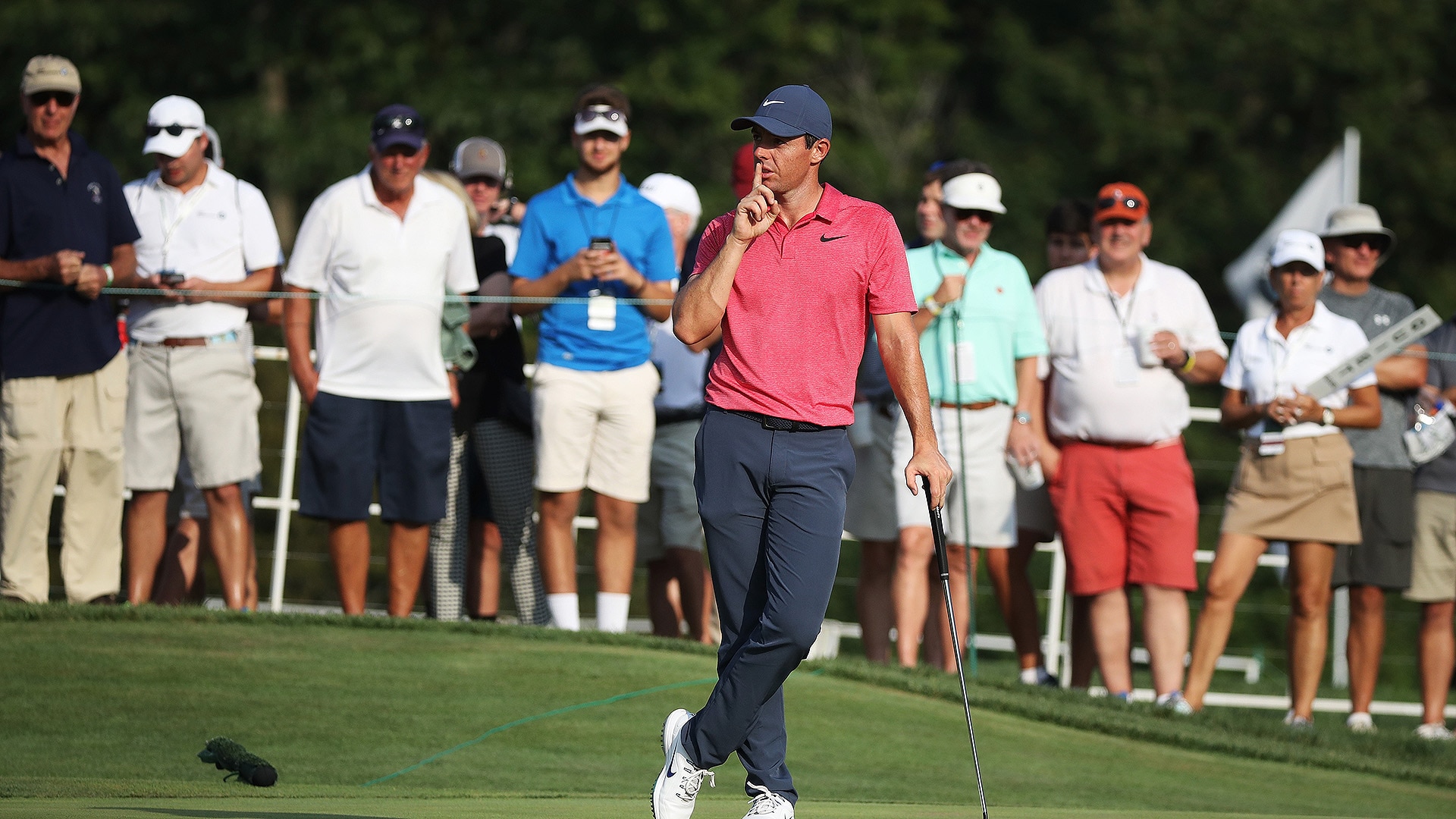 On his second nine (the front side), he made seven birdies in a row and then added a birdie on the ninth hole for a 27. In Thursday’s opening round, when his score actually counted, he played his first 14 holes in 9 under par.

McIlroy made 10 birdies and briefly threatened a sub-60 round before settling for a 62 and a share of the opening-round lead at the BMW Championship.

Softer-than-anticipated Aronimink yielded plenty of low scores Thursday and seems tailor-made for McIlroy’s game, with generous landing areas off the tee that favor the players who can carry their drivers over 300 yards.

McIlroy was in position to shoot 59 with a few holes to play, but he made a sloppy bogey on 7 (his 16th of the day) and bogeyed the difficult, par-3 eighth. He birdied the last to share the lead with Tiger Woods.

“I don’t really carry much momentum from Wednesday to Thursday at any point,” McIlroy said. “But maybe I should try a little harder on Wednesdays. It seemed to work this time.”