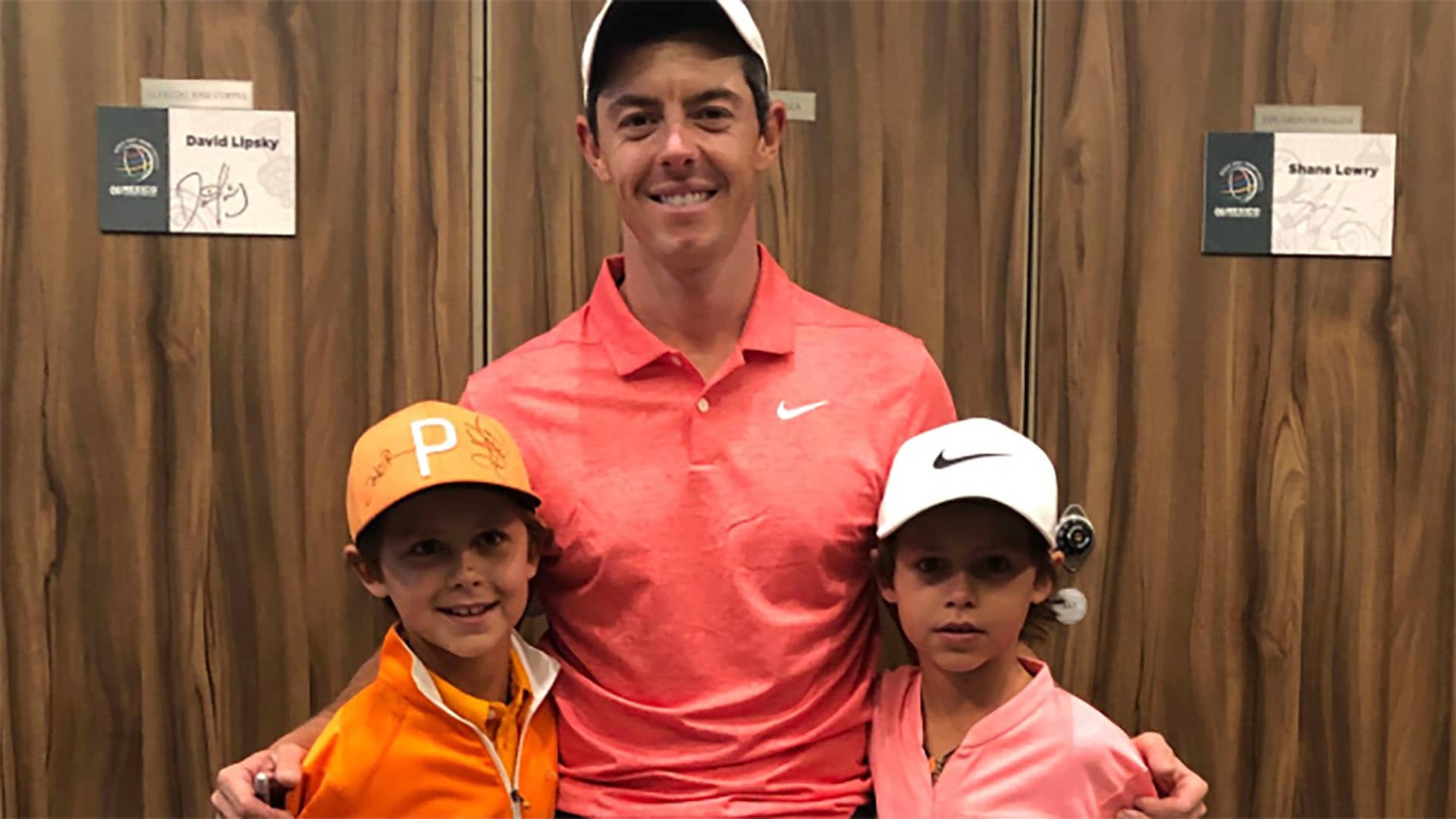 But while McIlroy walked off the 18th green at Chapultepec Golf Club in good spirits, one young fan apparently couldn't control his emotions so well.

McIlroy noticed – it was hard not to; the kid was dressed just like McIlroy – and invited the boy and his brother, dressed like Rickie Fowler, into the locker room. The youngsters not only got to spend time with McIlroy, but they left with a photo, glove and the shoes off of McIlroy's feet – signed, of course.

A day they will never forget.

A young fan dressed like @McIlroyRory was in tears after he finished runner-up.

Rory took him and his brother to the locker room and gave them signed shoes and a glove. #LiveUnderPar pic.twitter.com/HQUYyXJUxX

McIlroy's kind gesture was enough to warm any golf fan's heart. And it was good to see him again make time for the little Rickies, too.

Great to enjoy the moment with you @rickiefowler 😀