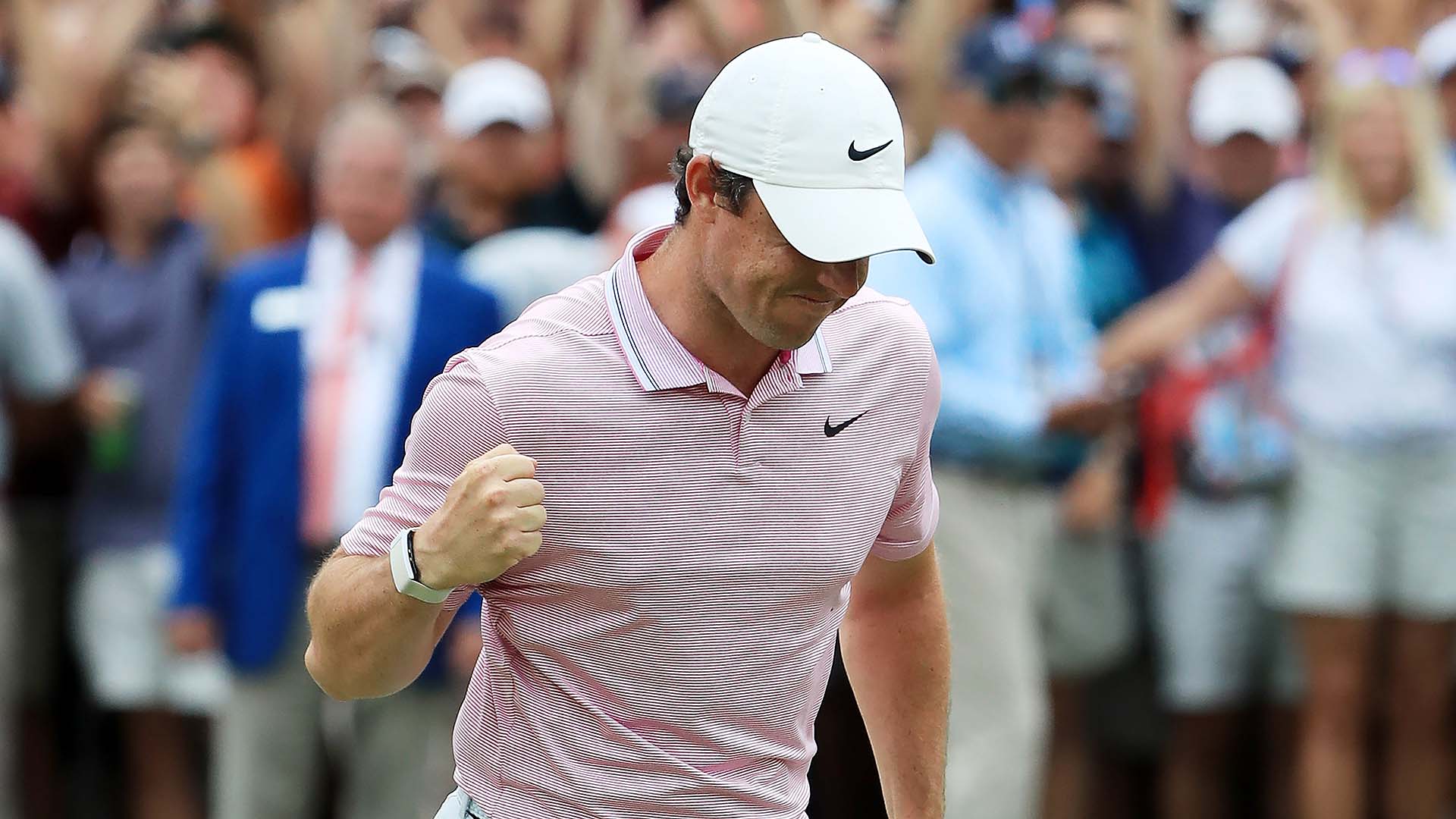 A revamped format provided plenty of drama and, ultimately, a repeat winner. Here's how things ended at the Tour Championship, where Rory McIlroy held on for a $15 million payday and his second FedExCup title in the last four years:

What it means: McIlroy started the final round one shot behind Brooks Koepka, but after a pivotal exchange on the seventh hole he played the inward half protecting a lead. While his advantage got as high as four shots with five holes to go, the eight-figure nerves led to a pair of subsequent bogeys. But McIlroy steadied the ship in time to keep 2017 East Lake winner Schauffele at bay, and he added a lucrative cap to a strong season that included a Players title, RBC Canadian Open win and some of the best statistical achievements of his decorated career. Three years after taking the season-long prize in a playoff, McIlroy joined Tiger Woods as the only player with two FedExCup wins in the 13-year existence of the title.

Round of the day: Adam Scott's strength usually lies away from the greens, but this week he made more than his fair share of putts on the slick surfaces at East Lake. That includes Sunday, where the Aussie made six birdies en route to a closing 66 that moved him from a tie for 10th into solo sixth place, a position that merited a $1.9 million payout.

Best of the rest: While Tony Finau and Jason Kokrak both padded their bank accounts with final-round 67s, McIlroy's 4-under 66 was the best of the bunch given the stakes and pressure of the final pairing. He not only flipped the script from last month in Memphis, when Koepka raced past him in the final group, but he chased down the world No. 1 and kept other contenders at bay with a solid round that included tee-to-green accuracy and no bogeys until he was already four shots clear of the field.

Biggest disappointment: While he'll likely win Player of the Year honors for another remarkable campaign, Koepka blinked down the stretch in Atlanta. A lost ball off the tee on No. 7 cost him the lead, and misses from close range led to three straight bogeys on Nos. 12-14 essentially ended his chances of catching McIlroy. Koepka finished T-3 after a 2-over 72, including a missed birdie on No. 18 that would have meant an extra $1 million, and while a $3.5 million payday is rarely a disappointment, Koepka likely won't be satisfied given the strength of his season and his 54-hole position.

Shot of the day: Reeling after two straight bogeys, McIlroy was staring down an 8-foot par putt on No. 16 that, had he missed, would have trimmed his lead over Schauffele to a single shot. But he steeled his nerves, rolled in the putt, and added a birdie on the next hole to remove any lingering drama.

Quote of the day: "It's amazing how different things can be in a year." - McIlroy, who played in the final group last year alongside Tiger Woods but faded to a T-7 finish