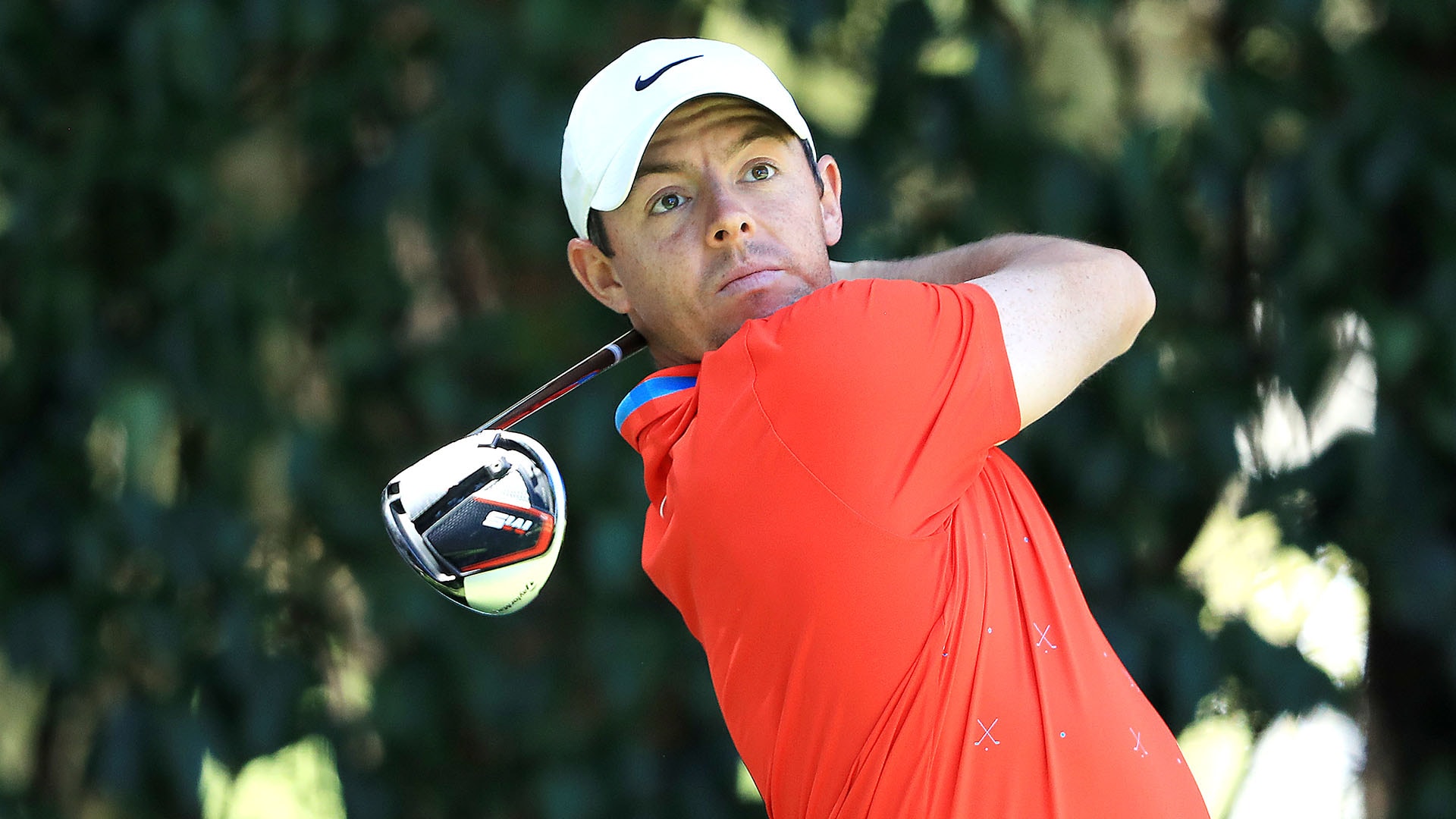 The shots were flying high in the thin air of Mexico City, but no one controlled their ball in the opening round better than Rory McIlroy. Here's how things look after one day at the WGC-Mexico Championship, where McIlroy got off to a hot start en route to a one-shot lead:

What it means: McIlroy has quietly gotten off to a strong start this year, opening with three straight top-5 finishes. That includes last week's water-logged start at Riviera, and he built on that momentum in the opening round as he took a slim lead over 2017 winner Dustin Johnson. McIlroy is looking for his first victory in nearly a year.

Round of the day: McIlroy was nearly flawless during his opening 63, carding seven birdies and an eagle against just a single dropped shot. His round included an eye-popping eagle on the par-4 first along with three other front-nine birdies, as a tree branch on the par-5 sixth hole was the only thing preventing McIlroy from turning in a clean card.

Best of the rest: Johnson captured the title two years ago during the Tour's first trip to Club de Golf Chapultepec, and he's again in the mix after a bogey-free 64. Johnson started on the back nine and opened with three straight birdies on Nos. 10-12 as he looks to crack the top 10 for the third straight year in Mexico City, where the altitude clearly plays to the advantage of some of the longer hitters.

Biggest disappointment: This was the site of Phil Mickelson's breakthrough a year ago, but a successful title defense went out the window with an opening-round 79. Mickelson struggled right out of the gates, playing his first four holes in 3 over, and he closed with a six-hole stretch that included four bogeys and a double. At 8 over he is 16 shots behind McIlroy and ahead of only Korea's Sanghyun Park among the 72-man field.

Main storyline heading into Friday: Fans, media and tournament organizers alike would likely sign up for a weekend duel between McIlroy and Johnson. But before we get there, the bigger second-round spotlight will be shone on McIlroy who has had a number of brushes with the lead since his last win 11 months ago at Bay Hill, coming up empty each time. He'd certainly relish another chance to break that drought this week, although his performance from here will receive plenty of scrutiny either way.

Shot of the day: Who needs driver? McIlroy stepped to the tee at the 304-yard, par-4 opening hole and chose a 2-iron. That proved to be the right club, as McIlroy nearly jarred his tee shot before settling for an eagle from 6 feet.