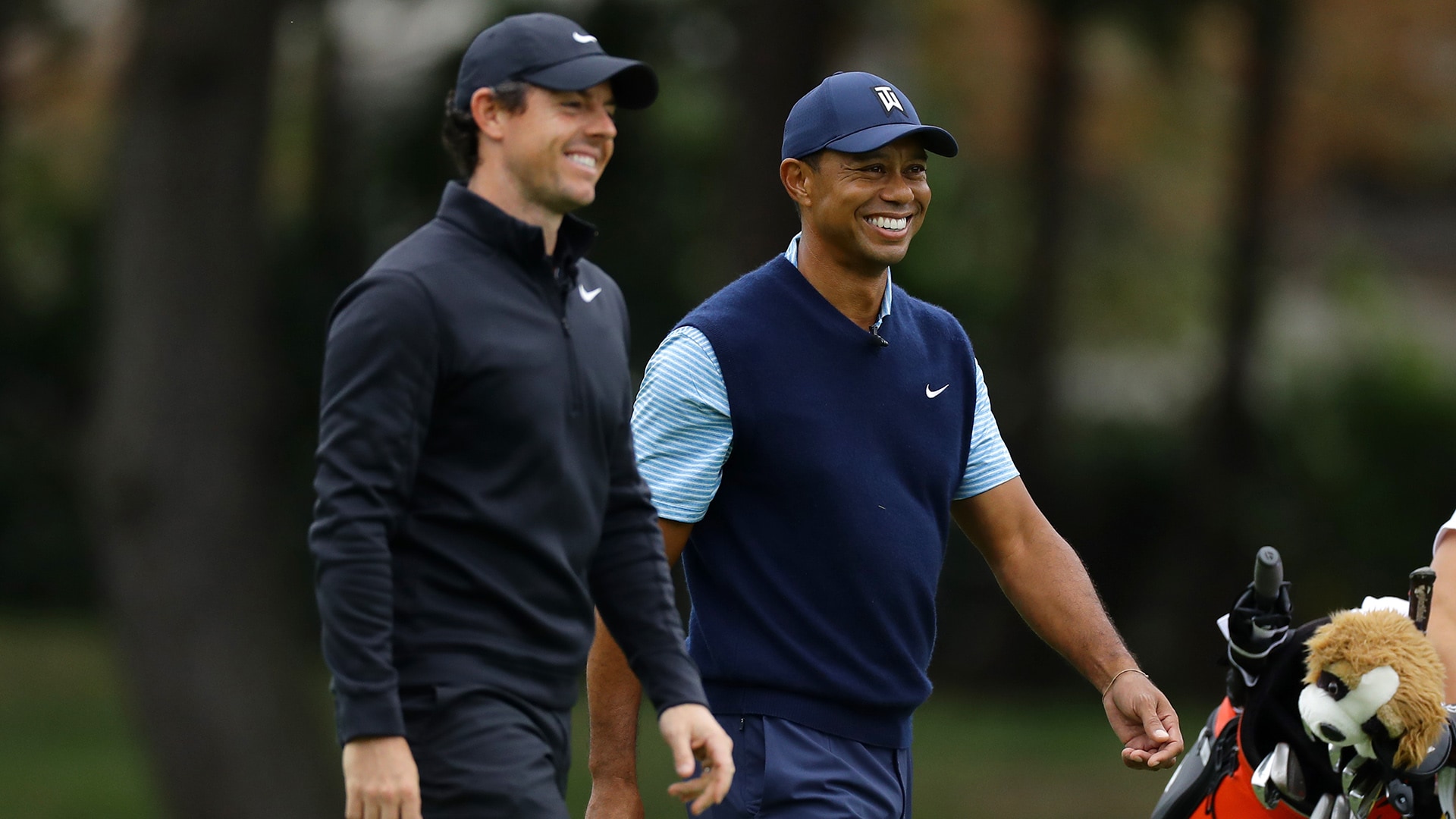 SAN DIEGO – The narrative for the majority of Tiger Woods’ career has always been his relentless pursuit of Jack Nicklaus’ record 18 major championships, but that changed in 2019.

Woods’ victory at last year’s Masters moved him to within one of Sam Snead’s all-time victory mark of 82 PGA Tour wins and he tied the record last fall in Japan. Poised five strokes off the lead at the Farmers Insurance Open, Woods is now 18 holes away from breaking a record that has become career-defining.

The best evidence of what the record means came from Rory McIlroy when he was asked what was more impressive: Woods’ 15 major victories or his 82 Tour wins?

“The wins, the wins. So much the wins,” said McIlroy, who is tied for third at Torrey Pines. “It's relentless, winning that much. A really good season these days is three or four wins a year and he was doubling that year on year on year on year.”

Woods’ consistency has always been his greatest draw and reaching 82 victories puts that notion in context, particularly for a peer like McIlroy.

“You could win a few majors, take your foot off the gas a bit, life's good, but it was just foot to the floor and just keep moving forward,” said McIlroy, who has won 18 events on Tour and eight on the European Tour. “That to me is the most impressive thing.”