Rory McIlroy: Tiger Woods 'will be just fine,' should be back for Masters Rory McIlroy offered more details Wednesday on Tiger Woods’ fifth back surgery that will knock him out of competition for a few months.

Speaking to reporters at the European Tour's Abu Dhabi HSBC Championship, McIlroy said Woods underwent the procedure on Dec. 23 and was “back on his feet the next day.”

“In his words, it was a small procedure,” McIlroy said. “Obviously, any time you’re being cut into you try to avoid that as much as you can. But he was on back on his feet the next day, so I don’t think we can read too much into it. I think they were just trying to clean a couple bits up.” 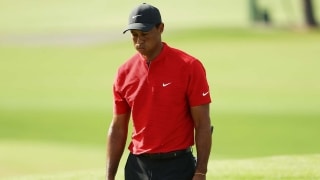 Tiger Woods announced Tuesday that he has recently undergone another microdiscectomy and will miss multiple tournaments.

Woods announced the news Tuesday, saying that he had a microdiscectomy procedure (his fourth) to remove a pressurized disc fragment that was pinching his nerve. His doctors said they expected him to make a full recovery, and Woods said he was looking forward to training and getting back on Tour.

Woods added that he will miss next week’s Farmers Insurance Open as well as next month’s Genesis Invitational, where he doubles as tournament host. Beyond that, his schedule is unclear. There is a World Golf Championships event the week after Riviera, now scheduled for Concession Golf Club outside Tampa, Florida, before stops at the Arnold Palmer Invitational (March 4-7) and The Players Championship (March 11-14). The WGC-Match Play is slated for March 24-28, two weeks before the Masters.

“Obviously he won’t be playing for the next couple of months,” McIlroy said, “but he should be back for the Masters, if not before that. I think he’ll be just fine.”

Rory McIlroy previously declared the Saudi-backed rival tour "dead in the water," but now admits that call was too early. 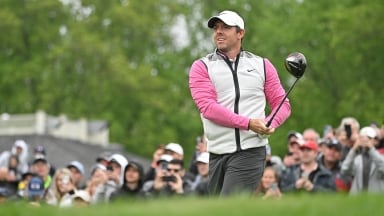 Rory is PGA ready, to play 4 straight in June