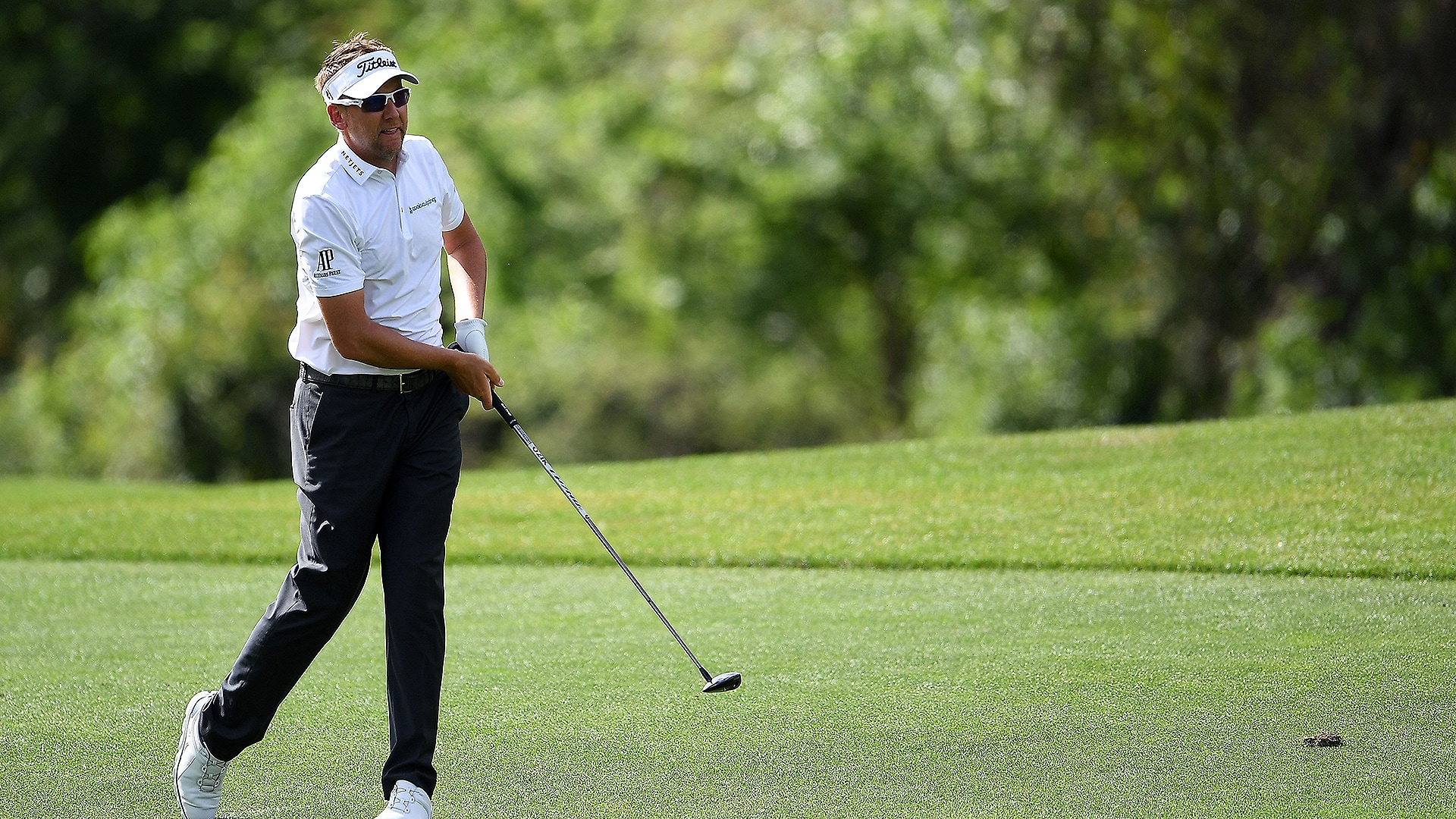 In the caddy shack last Friday morning at the Houston Open, Ian Poulter had his bags packed and was ready to go home and forget about the 82nd Masters.

Poulter had to get up early and to play one hole and complete an opening-round 1-over 73. In 123rd place, thinking the cut would be 5 under and still frustrated that T-5 at the WGC Match Play was not enough to qualify for Augusta, Poulter asked instructor Pete Cowen, “What am I doing here?”

“Give me some inspiration,” Poulter said.

Cowen countered, “Is inspiration opposite of ‘What am I doing here.’ ’’

Cowen left Poulter with some big-picture thoughts; nothing technical, just talking to him “on the right wave length.” Poulter, meanwhile, simply opened his shoulders, started seeing the hole and making putts. Like it was a Ryder Cup.

When the second round was over, Cowen told Poulter he considered a $50 per birdie bonus but was glad he never made the bet, since Poulter made eight birdies and shot 64 to make the cut.

The only coaching Cowen did the remainder of the tournament was agree with Poulter that he should play the remaining holes as if it were match play, to go all out on every shot. Cowen, a former European Tour player, called it “psychology without being a psychologist.” It’s the art of understanding players, reading body language, knowing what to say and how to say it.

The result? Poulter played the last 54 holes in 20 under, beat Beau Hossler in a playoff for the biggest comeback on Tour in 35 years, and headed home to Orlando to regroup before flying to Augusta, where he has three top-10 finishes.

A year ago, he lost his playing privileges. Now 42, not needing inspiration, he’s back in the Masters. “It’s just amazing to get that done and be here and able to enjoy this week from a different perspective,” he said.

That different perspective? Should he turn to Cowen on this week and ask, “What am I doing here,” it will be from Augusta National.

STATS TELL FOWLER'S STORY: Butch Harmon spent two days with Rickie Fowler last week at Lochinvar GC in Houston, and felt like he had Fowler dialed in during back-to-back days of 36-hole golf. For the first two plus days of the Houston Open, it looked like Fowler was on his way to his first official victory in over a year. He took the lead early in the third round but made a double and a triple bogey on the way to a T-43 finish.

Harmon has described it as “a mental thing that we’ve got to figure out.” What’s hard to figure out is the difference between this Rickie Fowler and the one who finished second at the OHL Classic, won the Hero World Open with a final-round 61, and opened the season with a T-4 in the Tournament of Champions. Since then he hasn’t finished in the top 10 but has dropped only one spot in the world rankings, ranked eighth between Rory McIlroy and Jordan Spieth going into the Masters.

Fowler didn’t seem too concerned about it on Monday at Augusta National. Just four years ago he finished top-five in all four majors. Last year he shot 76 on Sunday at Augusta (with 40 on the back nine) to finish T-11. He goes off in a featured pairing with Phil Mickelson and Matt Kuchar. “It’s about time,” he said. We have a real shot.”

THOMAS WON'T MAKE SAME MISTAKE AGAIN: There’s only one player in the Masters who can win back-to-back majors and in so doing, become the world No. 1 golfer. That is Justin Thomas. What could be an advantage for him at Augusta National is the lesson he learned at the WGC Match Play.

Thomas has since admitted that he was focused too much on the No. 1 ranking, rather than his semifinal match at Austin against the eventual winner, Bubba Watson.

I talked to Justin’s father and coach, Mike Thomas last week, after a practice session with Justin at The Bear's Club in Jupiter. He apologized to his son for not addressing the No. 1 possibilities before the match, telling Justin, “I didn’t think that would bother you. I thought you would embrace that.”

But there may be an upside to Thomas getting ahead of himself two weeks ago that could be applied to the 82nd Masters. “Like any experience,” Mike said, “he’ll be better prepared the next time.”

TIGER, DCB BONDING: Among the millennial golfers adopted by Tiger Woods as a practice partner is Bryson DeChambeau. They share a love of golf science and met at last year’s Hero World Challenge when DeChambeau was on vacation, working on his game at Albany GC even though he wasn’t in Tiger’s tournament. “He was nice enough to spend some time, help me out with a few things,” DeChambeau said after two recent sessions around Augusta National. “I wouldn’t go as far as mentoring but he was nice enough to spend time.”

Their conversations were described by DeChambeau as inquisitive and thought-provoking in the new-age realm of golf and science.

Some elements of their discussions have rubbed off, as DeChambeau finished solo second at the Arnold Palmer Invitational to finish five strokes ahead of Woods and three behind Rory McIlroy, who closed with a 64. When Tiger made a two-day scouting trip to Augusta National in March, DeChambeau was there with him to pick his brain about course strategy.

“I grew up admiring him,” DeChambeau concluded. “He was a legend to me. I always wanted to be like Tiger Woods. What makes it cool is seeing him out here with all of us young guns. When I got out here he wasn’t here. He was gone.”

BUTCH FINDS A DJ FLAW: Dustin Johnson was hitting balls at The Floridian last week with Claude Harmon III shooting video and sending it to his father. One thing Butch immediately red-flagged is where Johnson had the club too far behind him, which made it harder to hit the power cut that elevated Johnson to the No. 1 ranking in 2017 and a win at the season-opening Tournament of Champions. “I told him you can’t play from there, you have to change before Augusta,” Harmon said. DJ changed quick enough to throw a 63 on Michael Jordan in a match they had with a 30 on the back. 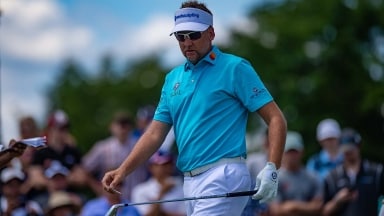 Ian Poulter has never been to the Tour Championship, but he’s hoping that a return to the site of one of his career highlights will be just what he needs to punch his first ticket to East Lake.