Rosaforte Report: Two buds and the battle for No. 1 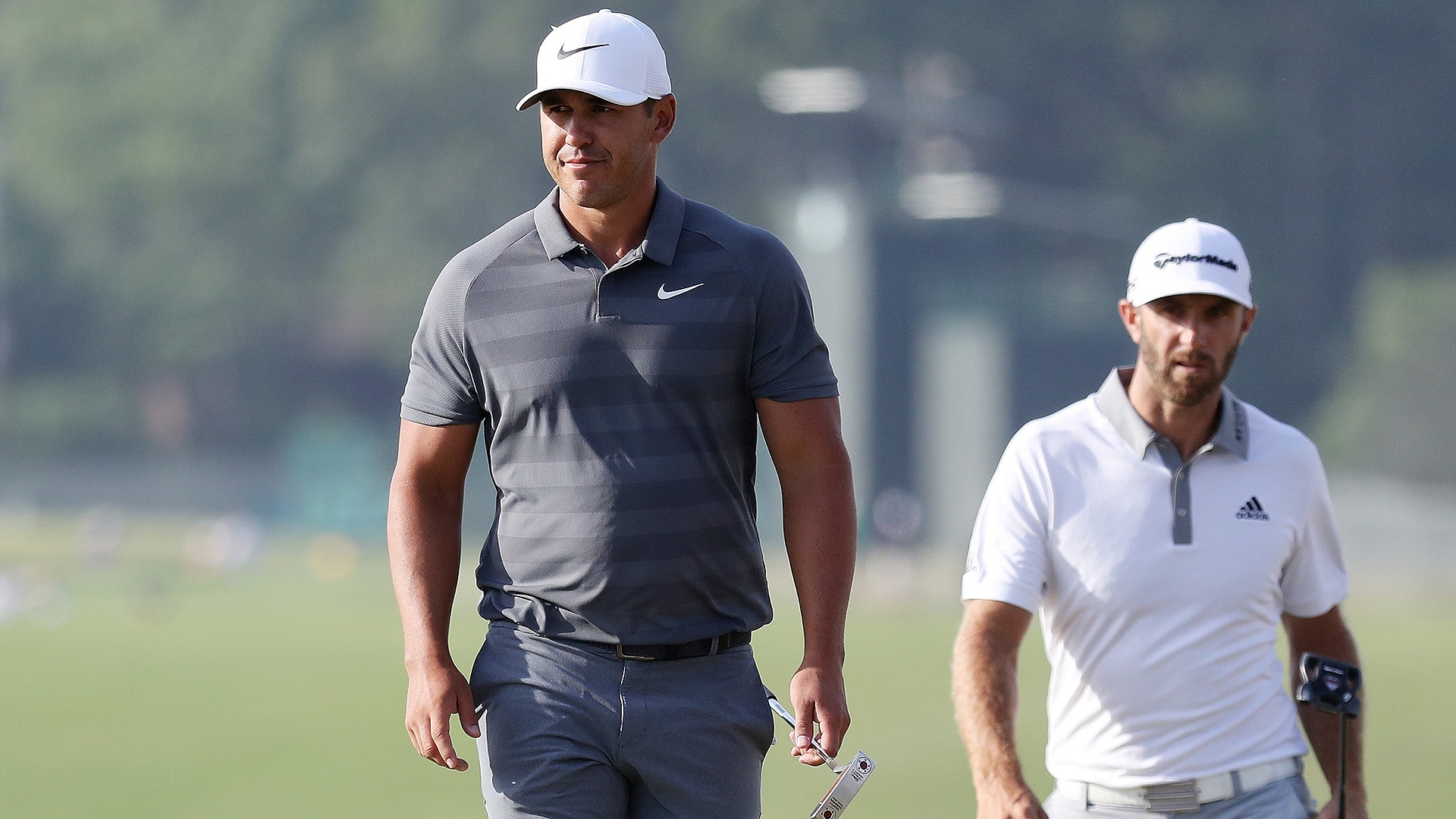 The day is coming when Brooks Koepka is going see his name atop the Official World Golf Ranking. In fact, that day could come as soon as this week. Depending on how Dustin Johnson plays in The Northern Trust, a tie for 15th could be enough for the U.S. Open and PGA champion to vault to No. 1.

Friends being friends, it’s a subject that comes up at Joey Diovisalvi’s gym in Jupiter, Fla., where a banner hangs from the ceiling proclaiming DJ’s ascent to the top of the golf world. Diovisalvi described it as “friendly banter.” It’ll be among the talking points in Wednesday’s scheduled news conferences at Ridgewood CC.

With respect to Johnson’s three victories this year, the most recent coming at the RBC Canadian Open, DJ has elevated himself to an immortal cast that has 19 career Tour victories. That said, Johnson hasn’t done what Koepka has done in coming back from two dislocated wrists to capture a pair of majors.

At this point, it would take DJ winning at least two of the playoff events, and the FedExCup itself, to have an outside shot at winning Player of the Year honors. And that likely wouldn’t be enough. The last nine multiple major winners were POYs.

But Johnson, at least for now, is still No. 1 in the world. His run began a win at the 2017 Genesis Open. Other than the two weeks that Justin Thomas reached the summit in May, it has been Koepka’s workout partner who has reigned.

“The No. 1 spot does matter,” Diovisalvi says. “The level of pride that goes with that, they do think about it.”

'Mann, It Was a Good Day

There were over 600 people at Arcola CC in Paramus, N.J., teaming up with Morgan Hoffmann in his fight – and the world’s fight – against Muscular Dystrophy.

Whether it was from his home state of New Jersey, the Jupiter corridor where he makes his home in Florida, or the worldwide golf community, Morgan’s mission has struck a chord.

Rory McIlroy was there, even though he wasn’t playing in The Northern Trust. Bryson DeChambeau, Keegan Bradley, Sam Saunders and former Oklahoma State teammate Peter Uihlein were among those on the tee sheet, along with Seminole president Jimmy Dunne and Shinnecock head pro Jack Druga. Jake Owen was there for a pre-dinner concert.

But the star among the stars was Morgan himself, fresh off three months’ treatment in Nepal, delivering a message that helped raised $1.5 million in one day. The vision is building a center to help people with MD, akin to the Els Center for Autism.

Morgan tweeted about it, calling it the best couple days of his life, saying that, “Creating a vision and making it come to life is one of the greatest feelings in the world.”

With a wry smile, I heard the confidence coming out of Tiger Woods at his Tuesday news conference leading up to his first FedExCup playoff appearance in five years. “It feels like the wins are coming soon,” he said. “I’m not that far away from getting it done.”

With five tournaments – potentially, if he makes the Tour Championship and Ryder Cup – scheduled in his next six weeks, I thought back to his quote from this year’s Masters, when he talked about going from “dark days” to a “walking miracle.”

I also thought back to the 13th fairway at Liberty National in 2013, when he was down on all fours amid back spasms, his approach shot headed toward a murky creek, and how far he’s come in this incredible return to contending in the last two major championships.

He’s gone from just wanting the pain to go away, to talking about Jack Nicklaus’ record of 18 majors in relation to Sam Snead’s record of 82 career Tour wins as “just simple math.”

In other words, from “done” – as some observers felt – to being Tiger again.