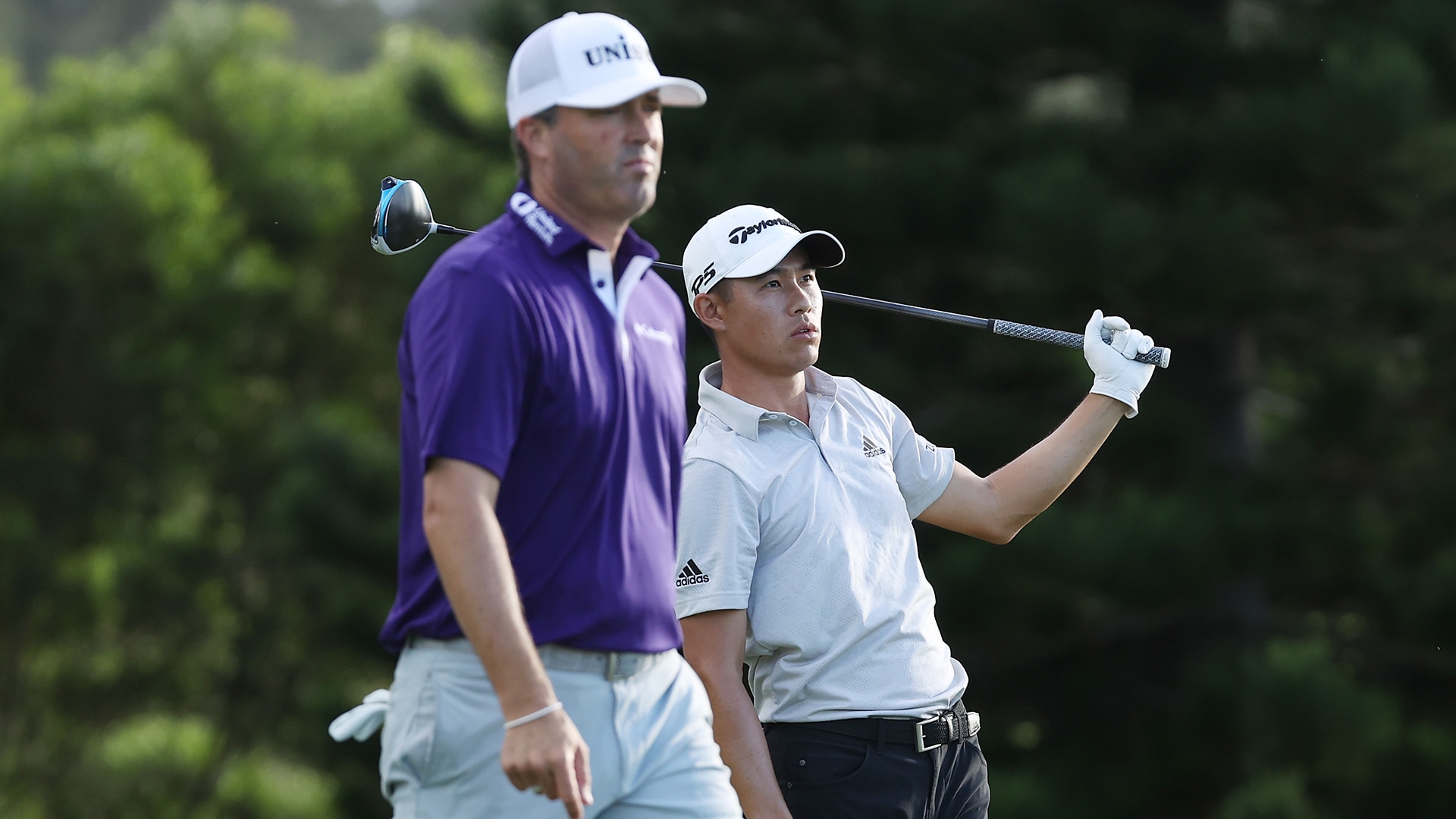 KAPALUA, Hawaii – Ryan Palmer went through a range of emotions over the final 15 minutes Saturday that ended with him posting a 9-under 64 for the best round of the week and a share of the lead with Harris English in the Sentry Tournament of Champions.

Palmer thought he might have been in trouble with a thin fairway metal approaching the green on the par-5 18th. It narrowly cleared native grass left of the green and rolled out to 12 feet, and he two-putted for birdie.

His score stood when rules officials determined there was no intent, and no penalty, when he tamped down a divot a few paces away from where his golf ball was rolling after a muffed chip on the ninth hole.

English wasn't so fortunate with his second shot to the 18th. He was left and came up some 15 feet short of clearing the hazard. His only good break was that a marshal somehow spotted it. Instead of a third shot from 200-plus yards away, he hacked out to 80 feet away and took two tough putts for par and a 66.

They were tied at 21-under 198, one shot ahead of Collin Morikawa, who also flirted with trouble on the closing hole at the Plantation, finished with a birdie and shot 65.

Until the final hole, the third round at Kapalua was all about making birdies to keep from losing ground. Scoring has been exceptionally low, not just by one player but several of them, because of a soft course and little wind.

The top three began to pull away.

Daniel Berger, playing in the final group with English, had a long eagle putt hang on the lip at the 18th and had to settle for birdie and a 67 that left him three shots behind, still in the mix.

Defending champion Justin Thomas finally hit a shot he couldn't find. Three times this week, he hit it into knee-high native grass and managed to locate the ball and twice saved par. He wasn't so lucky on the sixth hole, sending it well right and into a deep gorge for a double bogey. Thomas recovered for a 68 and was four back, along with Sungjae Im (67).

Masters champion Dustin Johnson was doing his best to keep pace until his drive on the par-5 15th sailed too far right and into the hazard, leading to a bogey that felt even worse considering it's a par 5 he can reach in two with an iron. He missed birdie chances coming in and shot 69, seven shots out of the lead.

Xander Schauffele two years ago shot a 62 on the final day to rally from five behind, and such a score is possible in these ideal conditions. But there's a lot of players to climb, and English hasn't shown any signs of backing off as he goes for his first victory in just over seven years.

Palmer has gone even longer -- 11 years since his last individual title on the PGA Tour -- and played his best on Saturday. His only big miscue was on the par-5 ninth when he put his second shot in rough left of the green and used the wrong club for a pitch that came up short and rolled down the slope back into the fairway.

He knew where it was headed and began walking, and stepped down a divot a few paces short of where the ball was rolling. That was the violation that led to disqualification for Camilo Villegas from this tournament 10 years ago on the 15th hole. Palmer met with the rules staff and was cleared because there was no intent to improve his lie.

Palmer said when he watched the video, he wasn't sure what concerned officials. He later added the ball was 5 feet away and "not even close to where I was at."

So his score was upheld and he now is part of a two-way tie for the lead, a final group between two players who are trying to end a drought a tournament they are fortunate to be playing.

The field for the Tournament of Champions was expanded this year for 2020 winners and anyone who reached the Tour Championship, all because of the COVID-19 pandemic that shut the tour down for three months. Both Palmer and English made it to East Lake. Both would like to make their next victory one that assures them a return to Maui.

Right behind them is the PGA champion, Morikawa, going for his third victory in his last 14 tournaments worldwide.