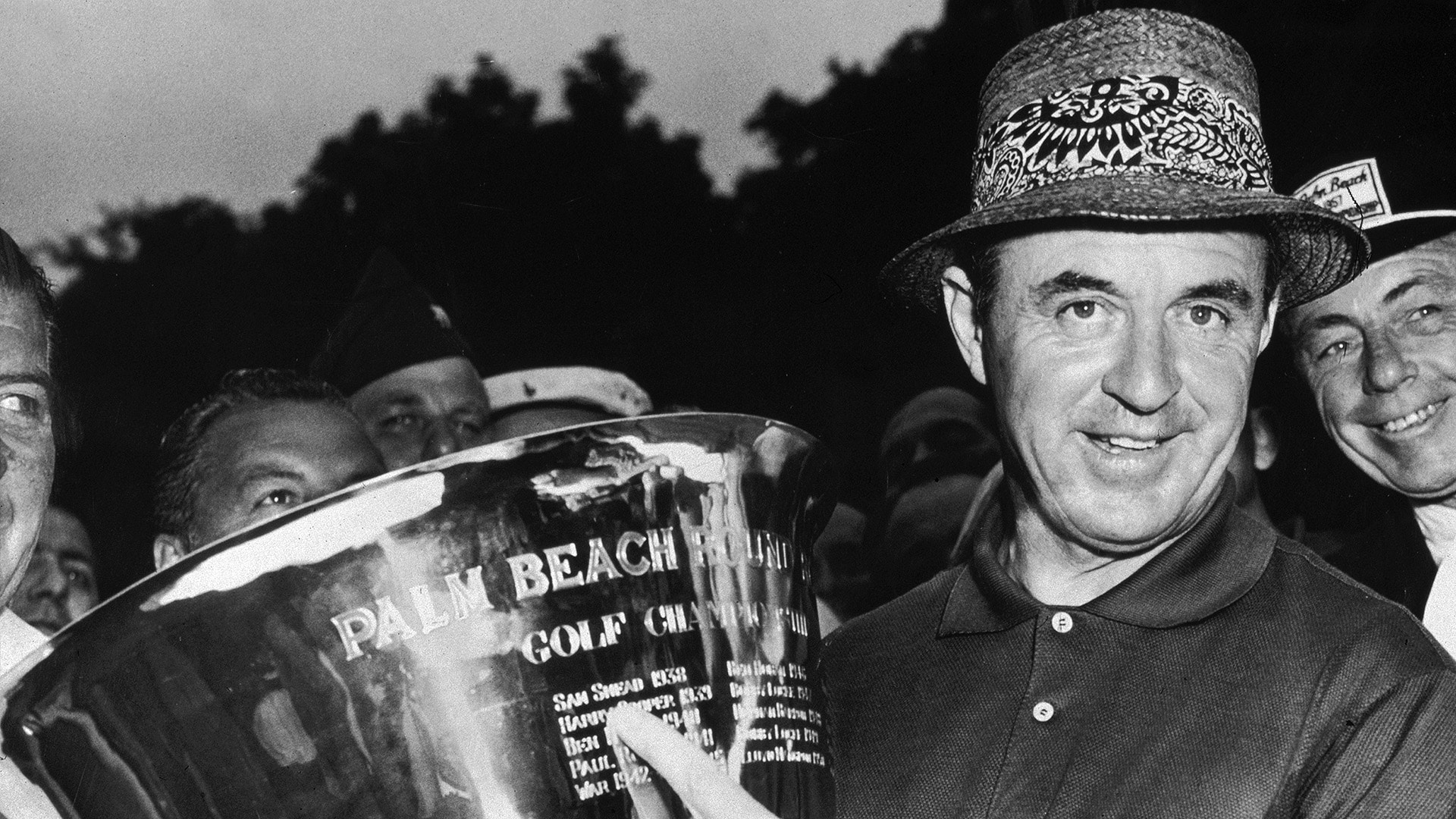 All eyes will be on Tiger Woods when he returns to the PGA Tour at this week’s Farmers Insurance Open. And for good reason. Woods will have a chance to not only move one win closer to breaking Sam Snead’s record for most career Tour victories, but also break the record for most wins on the same golf course [Torrey Pines South]. It’s a mark he currently shares with himself, so that’s a bit of a zero-sum gain. But a record is a record, and if Woods is on his game, 2019 could be a record-breaking season on the PGA Tour.

Here are some of the records most likely to be surpassed:

Most career PGA Tour victories: 82, Sam Snead: This is the biggie, the one the golf world has been waiting to drop since 2013 (and perhaps earlier), when Woods won five times to get within three of the Slammer’s total*. Woods’ win at the 2018 Tour Championship raised expectations that he could surpass Snead sometime this summer. Three victories in one year would have been looked at as subpar for Woods during his prime – he has won five or more times in one year 10 different times – but this is a different Tiger Woods. He expects to play fewer events in 2019 in an effort, he says, to stay fresh for the majors.

But that shouldn’t impact the record chase. Being healthy and flush with the knowledge he can still win at this level will help. Woods’ victory at East Lake rekindled his taste for trophies. Can Woods get to 83 victories this year? Well, he’s 43 now, and the last player to win three times in one year after turning 40 was Tiger’s good buddy, Steve Stricker in 2009. Stricker had won just one time in the previous seven years. So, yes, it can be done. Is Woods at the level Stricker was in 2009, at age 42? Arguably, yes. Another advantage Woods has is that he will still play tournaments at Torrey Pines and likely Bay Hill, Muirfield Village and Augusta National, all places where he has won at least four times. Getting three wins might be more difficult that it was for Woods in his glory days, but it’s not out of the question.

*The PGA Tour has designated Snead’s win total at 82. However, when Snead won at Greensboro in 1960 for what would now be known as his 80th victory, the Associated Press reported it to be Snead’s “105th major PGA circuit triumph.”  The Tour has cleaned up its record book since – removing some wins that didn’t conform to today’s standards and even others that did – and it’s not certain what other events the AP was counting.

Most victories on one course: 8, Tiger Woods: Tiger holds this record at three different courses – Torrey Pines GC (South), Bay Hill Club & Lodge and Firestone CC (South) – so if he wins at Torrey or Bay Hill he’ll be extending his own mark. And even though Woods won’t have Firestone to kick around anymore, he’ll have two chances to go one up on his current record.

Most victories in a single event: 8, Tiger Woods and Sam Snead: This article won’t all be about Woods, but before we take a Tiger respite, let’s mention this one. If Tiger wins the Arnold Palmer Invitational or the WGC-FedEx St. Jude Championship he will have won that tournament for the ninth time, breaking the mark he currently shares with Snead [Greensboro]. Yes, if he wins in Memphis, it counts as his ninth victory in the tournament formerly played at Firestone CC.

Single-season driving distance: 321.4 yards, Hank Kuehne, 2003: Like Bob Beamon in the long jump at the 1968 Mexico City Olympics, Kuehne’s record obliterated the PGA Tour’s previous distance mark, set in 2002 by John Daly, by nearly 15 yards. Kuehne’s record has stood for 15 years, but improvements in club and ball technology, as well as improved player workout habits have put this mark within reach. Rory McIlroy led the Tour at 319.7 yards a year ago, the second-best distance in Tour history.

Trey Mullinax finished 3.1 yards shy of Kuehne’s record. With veteran bombers Bubba Watson, Tony Finau, Luke List and Dustin Johnson being joined on Tour by long-hitting rookies Sam Burns, Cameron Davis, Wyndham Clark and the incomparable Cameron Champ – who led the Web.com Tour with an astounding average of 343.1 (!) yards in 2018 – it would be more of a surprise if this record wasn’t broken in 2019.

Longest official drive: 476 yards, Davis Love III, 2004 Sentry Tournament of Champions: Like the single-season mark, this record is in play because of all the long hitters on Tour. Love’s distance has been bettered several times* – memorably Tiger Woods (498 yards) at Kapalua in 2002 and by Dustin Johnson (489 yards) at the WGC-Dell Match Play in 2018. But those yardages are unofficial. Woods’ total is off the books because it came prior to ShotLink data becoming official in 2003, and Johnson’s wallop on the 12th hole at Austin CC is discounted because it did not occur in a stroke-play event. However, the best opportunity for this record to fall has already passed. No one came close at the Sentry Tournament of Champions at Kapalua’s Plantation Course, where 400-yard drives are plentiful (Jon Rahm’s 428-yard belt was the week’s lengthiest), so Love just might remain in the record books for another year.

*It’s worth noting that Love was actually more than 300 yards shorter than the flukiest long drive in PGA Tour history. Carl Cooper hit a 787-yard drive on the, par-4, third hole in the 1992 Texas Open at Oak Hill CC in San Antonio. The best account of Cooper’s shot comes from the book “Golf Anecdotes: From the Links of Scotland to Tiger Woods” by Robert Sommers: “From tee to green, the hole measured 456 yards, all downhill, with a gentle left-to-right bend. Cooper figured he’d play a little cut shot, letting the ball drift slightly right. Cooper let his fade get away from him. It sailed off to the right, hit a cart path, bounced along for a time, and then ran onto the dry and empty spillway. Trapped inside the spillway’s 2-foot high curbing, the ball began picking up speed and running ever faster, as if it were on the ramp of a ski jump. Past the third green it raced, then past the fifth and sixth, the 12th and 13th. Eventually the spillway petered out and the ball stopped at the end of the concrete.”

Single-season putting average: 1.682 putts per GIR, Bob Heintz, 2002: The revised Rules of Golf taking effect in 2019, most notably the ability to repair all damage to greens and the option of putting with the flagstick in the hole, should help PGA Tour players improve their putting this year. The most likely putting record to fall is this one held by Heintz, a Yale graduate and former PGA Tour journeyman, who is now an assistant coach for the Duke University men’s golf team. In 2002, Heintz finished the season with a putting average of 1.682 putts per GIR. It wasn’t until 2015 that anyone else broke 1.700 putts per GIR, when Jordan Spieth barely surpassed that barrier at 1.699. Justin Thomas matched Spieth’s mark in 2017, as did Phil Mickelson and Dustin Johnson last year. The fact that season averages are trending closer to the record, combined with the expected boost players will get from the new rules, leads to anticipation that Heintz’s record is ripe to be plucked.

Best single-season scoring average on par-3 holes: 2.91, Tiger Woods, 2000: Now back to Woods, only this time it’s one of Tiger’s records that is in peril. Woods’ otherworldly 2000 season saw him set PGA Tour marks for lowest single-season scoring average on par 3s, par 4s (3.91), and par 5s (4.37). Of the three, the short-hole mark seems most likely to be topped. Like Woods in 2000, Johnson led the Tour in all distances in 2018. A close look at the numbers reveals that had DJ made 12 fewer strokes on par 3s, 14 fewer on par 4s, and 24 fewer on par 5s, he would have broken all three records. But the par-3 record might be in the most jeopardy because it’s being threatened by bombers and short-hitters alike. Consider that in 2017, Tom Hoge averaged 2.93 strokes on par-3 holes. If he had made but three more birdies (or three fewer bogeys) he would have averaged 2.9135 strokes, good enough to break Woods’ mark by .00116 strokes. Not taking anything away from Hoge, but if a player who was 166th on the 2017 FedExCup standings can get that close to the record, there’s not much keeping it from lasting much longer.