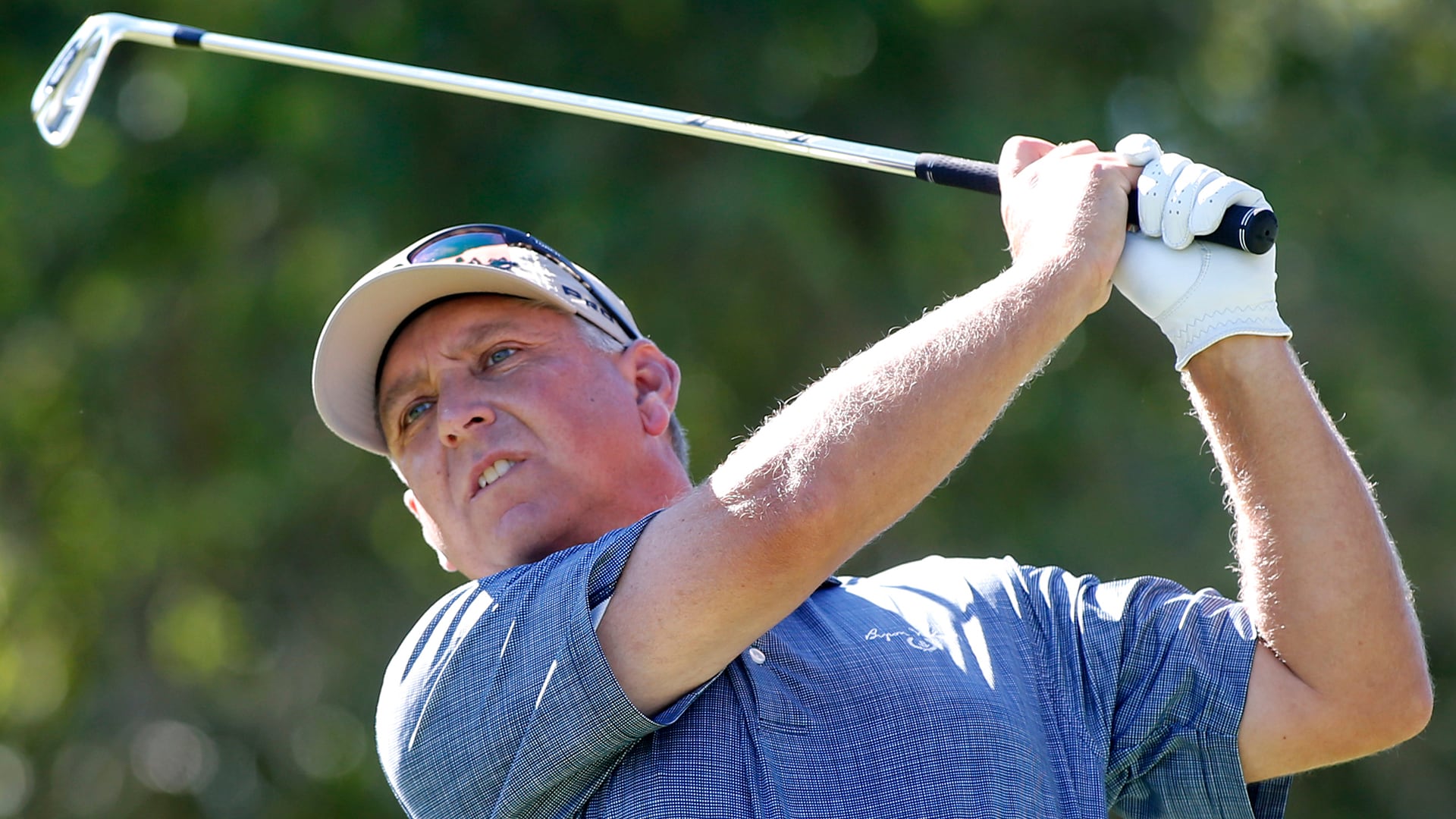 NAPLES, Fla. — Scott Parel overcame a three-shot deficit Sunday and closed with an 8-under 63 to win the Chubb Classic by two shots over Bob Estes, his third career victory on the PGA Tour Champions to surpass $5 million for his career.

Parel moved atop the Charles Schwab Cup standings for the first time in his career.

Parel seized control around the turn on The Classic at Lely Resort with a birdie on No. 1. Behind him, Langer dropped shots on the eighth and nine holes, giving Parel a two-shot lead. No one caught him the rest of the way. He finished at 17-under 196, tying a tournament record.

Parel has rallied on the final day in all three of his PGA Tour Champions victories. His bogey-free 64 extended his streak of 21 straight rounds under par dating to the second round of the SAS Championship last year. That's the longest active streak on the tour.

Estes birdied the 14th to pull within two shots of Parel, who was playing in his group. He couldn't get any closer and had to settle for his best score on the 50-and-older circuit. It was the second time Estes has been runner-up on the PGA Tour Champions.

Langer, going for his 41st career victory on the Champs, birdied three of the opening six holes to take the lead until he faltered before the turn and wound up playing the final 11 holes in 1 over. Even so, it was his 99th career finish in the top three.