O'Hair makes most of sponsor's invite at Bay Hill 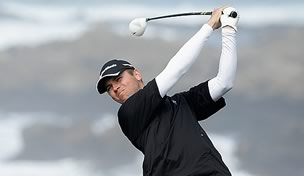 ORLANDO, Fla. – Sean O’Hair is playing the Arnold Palmer Invitational on a sponsor’s exemption this week.

It’s the first time he has ever played a PGA Tour event on a sponsor’s invite, and he seemed intent Thursday on making the most of the opportunity with a 3-under 69 to get into early contention.

O’Hair, 30, a four-time PGA Tour winner, nearly won Palmer's event in 2009. He had the 54-hole lead only to see Tiger Woods come from five shots back in the final round and beat him. O’Hair finished second. In ’08, he was tied for the lead through 54 holes with Woods and three other players. Woods won that year, too. O'Hair tied for third.

After missing his first three cuts this year, O’Hair showed some returning form tying for 16th at the AT&T Pebble Beach National Pro-Am and tying for 18th at the Honda Classic.

O’Hair slipped to 84th on the PGA Tour money list last year, his lowest finish in his nine-year career. He’s looking to get his game back to where he is once again in all the majors, World Golf Championship events and PGA Tour invitationals.

“Trust me, I always feel like I belong in the top 50 in the world, at least,” O’Hair said. “I feel like I’m that kind of player. I just haven’t played that way. It has nothing to do with talent. It has to do with results. I just haven’t had those the last two years. You ask me, ‘What’s the deal?’ I couldn’t tell you. There have been a few things here, and there that have been hiccups, but all in all, I felt like last year was a very consistent year for me. I only missed four cuts, but didn’t have anything to show for it.”

O’Hair is looking for something to show for his first sponsor’s invite this week. 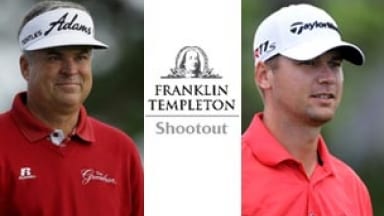 Kenny Perry and Sean O'Hair birdied five of the last six holes to win the Franklin Templeton Shootout on Sunday.

Kenny Perry and Sean O'Hair took a two-stroke lead in the Franklin Templeton Shootout on Saturday, birdieing the final six holes in better-ball play for an 11-under 61.