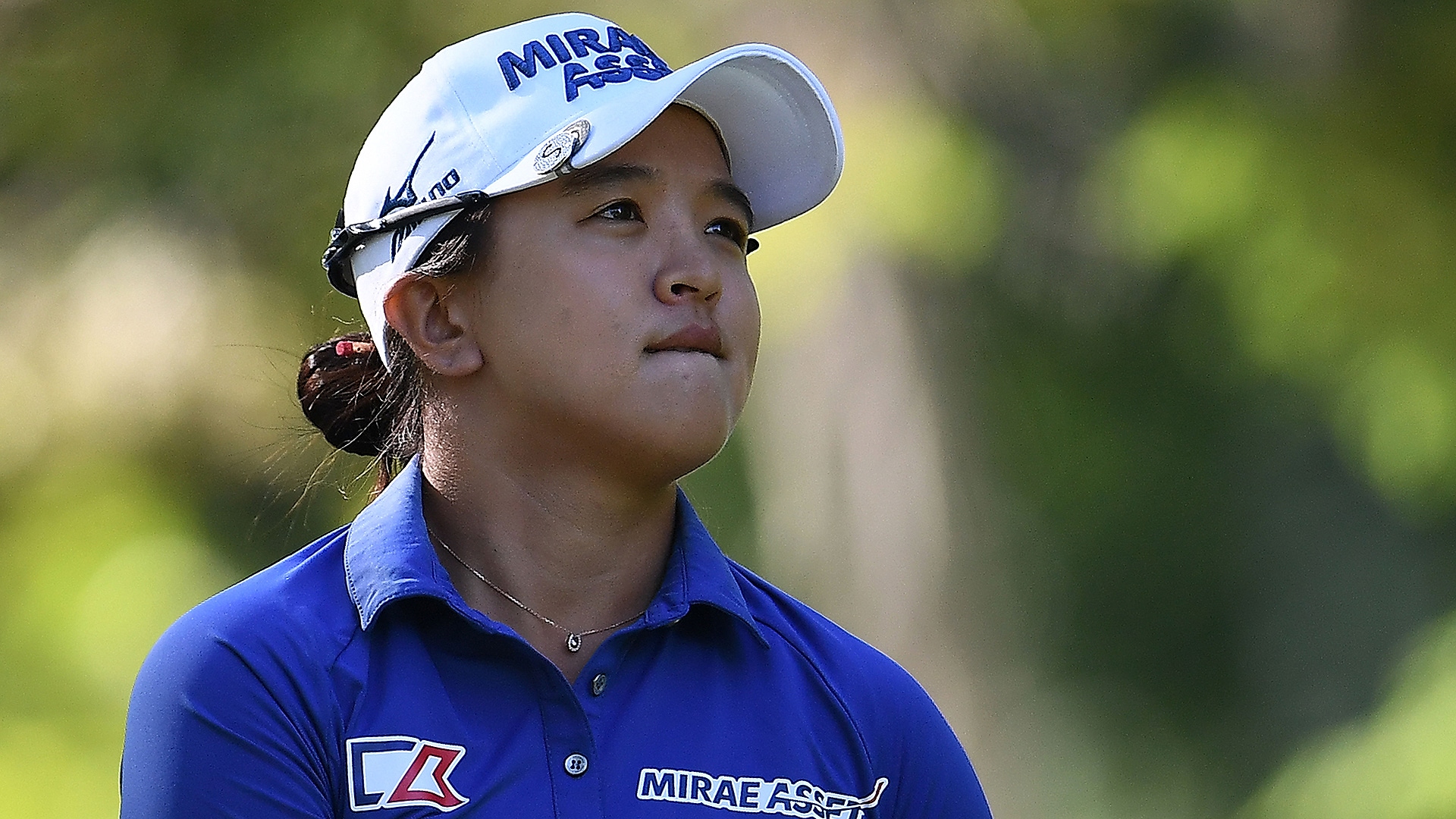 ONEIDA, Wis. - Sei Young Kim got off to a great start in the second round and finished the day with a four-stroke lead at the Thornberry Creek LPGA Classic. Her advantage could have been even better.

After missing makeable birdie putts on four of her final five holes, Kim had to settle for a 7-under-par 65 to move to 16-under 128 - tied for the lowest in the LPGA this season. She then headed straight to the practice green.

''Just a couple minutes of putting. That's it,'' Kim said. ''I missed a couple birdie putts the last few holes. Just check out that and then no more practice.''

Starting on the back nine, Kim birdied her first four holes and six of her first seven before a double-bogey on her eighth, the par-3 17th.

''The first hole, my second shot was a tap-in birdie,'' said Kim, who is seeking her first win since May 2017. ''After that, every hole I got it close to the pin. I had a lot of birdie opportunities. It was perfect weather so, every hole, I could attack the pin.''

Yu Liu made the big move of the day with a 9-under 63 to grab sole possession of second place. It was the lowest score of her career. She jump-started her round with an eagle on the par-5 third, with her 3-wood from about 245 yards stopping 15 feet from the flag, then birdied four of the next six holes.

''I wasn't hitting it too spectacular but I was rolling a lot of putts in,'' said Liu, who needed only 24 putts. ''I knew there were birdie opportunities out there.''

Defending champion Katherine Kirk, who had a one-shot lead after a 10-under 62 in the first round, couldn't get her putting going, though, and settled for 71. She is one of five players who are five shots off the pace at 133.

While Kirk hit 16 of 18 greens in regulation, she managed only two birdies and needed 33 putts.

''Front nine, I just couldn't get one to drop, and back nine, hit lots of good putts and, again, nothing happened,'' Kirk said. ''Overall, I'm happy with how today went. I was very patient. I hit a lot of greens. That's all you can do.''

Rookie Emma Talley was in that group at 11 under following a 4-under 68. The only blemish on her card was a bogey on her final hole, when she mis-hit her wedge into the par-5 ninth.

''I'm playing well now so I'm really just trying to play my game,'' she said. ''I felt really confident. The greens are pretty soft, so you can pin seek a little bit, which I like. It's kind of how I grew up, so I'm enjoying just going straight at the flag.''

''For me, when I get out on the golf course, it's not about putting pressure on anybody else,'' Stackhouse said. ''It's about playing as well as I can. This is golf and you never know what's going to happen. The better start you get, it's just easier golf on yourself. That's my only goal tomorrow - keep it going.''

Sung Hyun Park, who won her second career major at last week's KPMG Women's PGA Championship and could have moved to No. 1 in the world rankings with a win, missed the cut by five shots at 1-over 145.

The cut was 4 under, one shot off the lowest cut line in LPGA history.

Having hit 30 of 32 greens in regulation through two days, Kim will be really tough to beat if her post-round putting practice pays off.