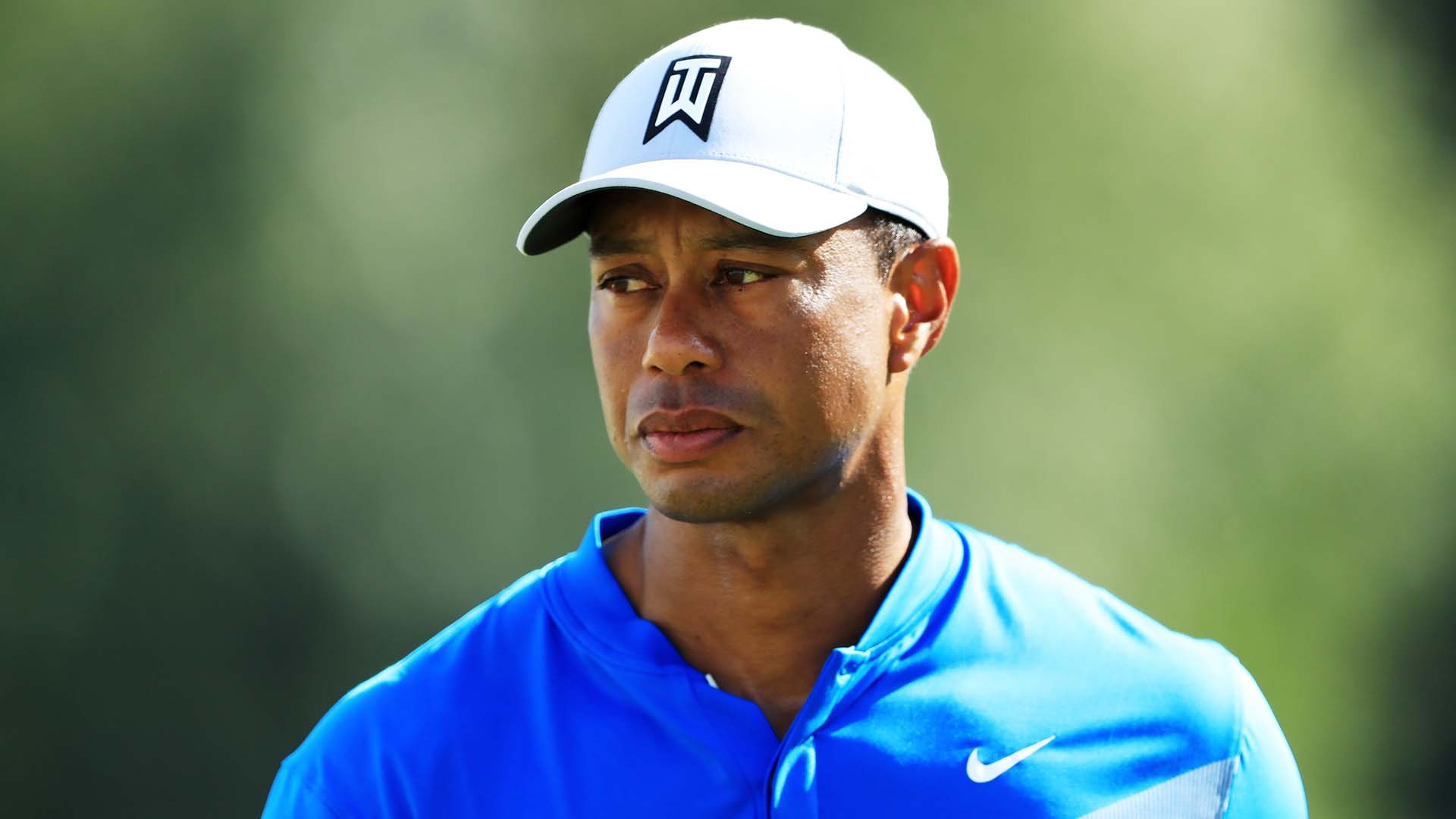 Look back at where he was just six days ago, or more accurately where he wasn’t. An abrupt withdrawal from The Northern Trust sent shockwaves through the greater New York area, and it led to questions about whether Woods would even be healthy enough to tee it up in a no-cut cash grab this week with his season on the line.

So from that perspective, an opening-round 71 at the BMW Championship was a win. Woods didn’t wince, and he didn’t seem stiff on a warm Chicago afternoon where the crowds came out in droves to see the biggest draw in the game. Afterwards he proclaimed that the oblique strain that led to his early exit at Liberty National was a non-factor, this despite his decision to cut short his pro-am for the second straight week.

“I didn’t feel any tightness in my oblique at all,” Woods said. “So that was a positive.”

A positive indeed, and another sign of progress that Woods has effectively shifted the focus back to the holes in his game rather than the status of his health. The crisis that seemed back on the table a week ago is, for now, no longer an issue.

But none of that helps solve the more pressing matter of Woods’ status on the leaderboard, where soft conditions and smooth greens meant his 1-under score simply wouldn’t cut it. In fact, it beat only 10 players in the 69-man field, as some of the best in the business made a former major venue look more like a Korn Ferry outpost. Only two players shot over par, and although Woods is only six shots off the lead he’s staring up at 49 names ahead of him.

It leaves a tall task if he’s going to even get within arm’s length of the top-11 finish he likely needs to move from 38th back inside the top 30 in the points race, thereby earning a chance to defend his Tour Championship title. After only one round, his path to Atlanta just became decidedly more arduous.

“When I got out here, I thought probably 5 or 6 (under) would be leading,” Woods said. “But once I got on the golf course and felt how soft the greens were, it’s like, ‘Hey, we’ve got to go. We’ve got to make birdies.’”

Unfortunately for Woods, he remained stuck in neutral at an event where a sports car lurks around every corner. There was the two-way miss off the tee, some shoddy distance control with wedges and short irons, and more glaringly some rusty play around and on greens he previously tamed en route to two major titles.

“I made quite a few mistakes around the green,” he said. “Didn’t chip it well, didn’t make that many putts and consequently ended up at 1 under.”

Despite tumbling down the standings, there were still bright spots for a man whose Masters win feels much farther than four months away in the rearview mirror. Woods’ game still impresses the masses even when it’s not firing on all cylinders. Just ask playing partner C.T. Pan, who walked away with an autograph after playing with his idol for the first time.

“I watched his every shot,” Pan said. “Just the shot he hits, obviously he didn’t really have a great day, but he hit a lot of iron shots that were just so pure. And the way he compressed the ball, the way he hit a ball, is just amazing.”

Woods has been turning heads both inside and outside the ropes for more than 20 years, and his mystique likely won’t diminish anytime soon as he continues his reign as Masters champ. But it also won’t do much to hide the fact that, at age 43, he’s falling back into an all-too-familiar dilemma of managing an ailing body while also trying to hone a game that clearly needs some elbow grease.

“It’s just not sharp,” Woods said. “I’m trying to make changes in my swing, and it’s just not quite there yet. And so it’s just one of those things. I need reps, and I just haven’t put in a lot of reps.”

Therein lies the rub. Woods skipped the back nine of the pro-am Wednesday, but professed that it wasn’t injury-related and swung with confidence in the opening round. Good. But he needs more than confidence to rein in the foul balls that stunted his momentum. Not so good.

He has three more rounds to figure things out on a course he knows well, and with plenty of birdie opportunities ahead. But after taking several days off to shake the oblique injury that’s no longer a concern, he started the week playing catch up – and he’s got an even bigger bridge to gap after most of the field moved ahead of him in the opening round.

There are pros and cons to Woods’ current position any way you slice it, with many breathing a sigh of relief at the mere appearance of the man on the first tee. But it’s increasingly likely that there will only be three more such appearances this season, with a storybook campaign somehow leaving him short of East Lake despite the green jacket hanging in his closet. 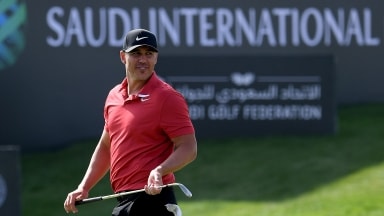 DJ, Koepka, past critic Casey in for Saudi event