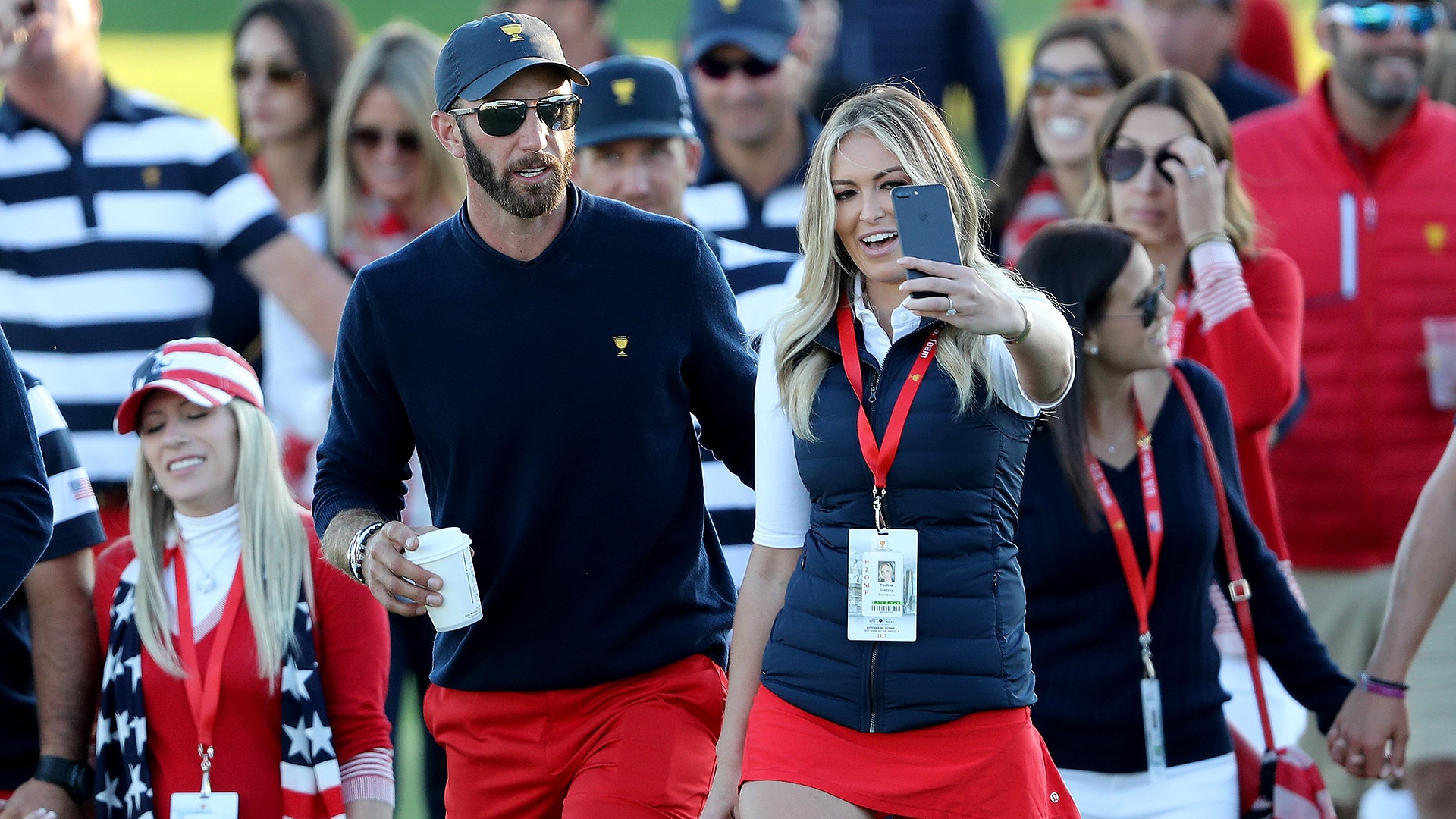 Dustin Johnson picked up his 20th career PGA Tour win on Sunday at the WGC-Mexico Championship, with only one player staying within 10 strokes of him.

The victory earned him a lifetime exemption on Tour and he celebrated by sending out this electric tweet:

Woah! Pump the breaks, DJ. Woudn't want anyone thinking you enjoy being so good at golf.

Not to worry, though. Like any good couple, Johnson is balanced out by his better half, Paulina Gretzky.

While DJ was going scorched-earth on Chapultepec Golf Club, Gretzky spent the week setting Instagram on fire, modeling for ... well, does it really matter? She's really good at it.

To top it all off, Johnson received a congratulatory tweet from the President of the United States on Monday:

Congratulations to @DJohnsonPGA on his 20th PGA Tour WIN. Not only is Dustin a truly great golfer, he is a wonderful guy. Big year ahead for Dustin!

Probably not as satisfying as a congratulatory Big Mac, but hey, maybe Trump is saving something for win No. 21.

The PGA Tour has seen an influx of temper tantrums from grown-ass men in recent weeks, and the trend continued at the WGC-Mexico Championship thanks to Bryson Dechambeau.

DeChambeau eventually apologized after he was caught on camera slamming his putter in anger and damaging a practice green, but it is nice to see him called out by a fellow competitor – even in a roundabout way.

Eddie Pepperell found himself in the background of the same television shot the next day and mimicked DeChambeau's meltdown, and then not-so-subtly tweeted it out when it came across his timeline later in the day.

Later in the week, DeChambeau joined in on the fun himself, spoofing the incident in a Instagram video with Bubba Watson.

So it appears all is forgiven, at least until the next blowup. But no matter how "extremely passionate" you pros are about the game, please try to remember it's just that, a game, that many are being paid rather handsomely to play it.

DO YOU EVEN LIFT, BRO?

That wasn't the only splash Bubba made on Instagram this week.

Watson – and his glorious chest hair – made a special appearance in the gym for Fitness Friday, only to be upstaged by Brooks Koepka, who is apparently still working on that whole Instagram model thing.

The video would've easily taken home the weekly Grill Room Academy Award for "Best Weird Workout Spoof" (it's a thing, look it up) the other 51 weeks of the year, but this week, John Daly came out swinging as well.

Daly's video wins by default. As Fat Jonah Hill once put it, "there's nothing funny about a physically fit man."

There's bits and piece of this video floating around the Internet but do yourself a favor and watch the whole thing. This kid is the best mic'd up athlete of all time, and it's not even close.

Some days it feel like social media is simply just incredibly good looking people peddling protein powder and Twitter trolls, so it's a nice change of pace when a feel-good story starts trending.

And that's exactly what happened on Sunday at the WGC-Mexico Championship. Despite finishing five shots behind winner DJ, Rory McIlroy spotted his mini-me in tears after the round and went out of his way to turn that frown upside down.

McIlroy consoled the child (who was dressed exactly like him) and his brother (who was dressed as Rickie Fowler) by taking them back into the locker room and giving them some signed memorabilia – including the shoes off his feet.

A young fan dressed like @McIlroyRory was in tears after he finished runner-up.

Rory took him and his brother to the locker room and gave them signed shoes and a glove. #LiveUnderPar pic.twitter.com/HQUYyXJUxX

A day they will never forget.

McIlroy has long been one of the Tour's nice guys, and with stories like this popping up on a day when he could've easily jetted out of the country without saying a word to anyone, it's easy to see that reputation sticking for the rest of his career.

HAPPENS TO ALL OF US

Paul Casey started his Saturday at the WGC-Mexico Championship par-eagle-birdie ... despite his caddie giving him pin positions for an event going on in a different country.

Casey and his caddie, Johnny “Long Socks” McLaren, had a good laugh after the third round (him carding a 65 probably helped the matter), because McLaren mistakenly provided the day’s pin locations for the Puerto Rico Open, last week’s opposite-field event.

Small shout out today to @Paul_Casey caddie #johnnylongsocks . -3 after 3 holes and then realised he was giving Paul the pin positions for the @PGATOUR event that’s happening in Puerto Rico! Nice one Johnny!🤣🤣🤣 @Fooch1993 @gareth_lord

As funny as it was, some may have moved on a little quicker than others. Some, as in, the guy everyone was laughing at.

“I texted [McLaren] the pin sheets from Puerto Rico last night. I was like, ‘Here ya go,’” Casey told reporters before the final round in Mexico. “He didn’t respond.”

A live look at the caddie paints a clearer picture: 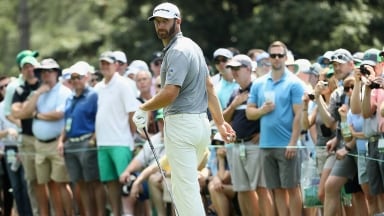 After adding another WGC trophy to his collection, Dustin Johnson has become the betting favorite for the season's first major.