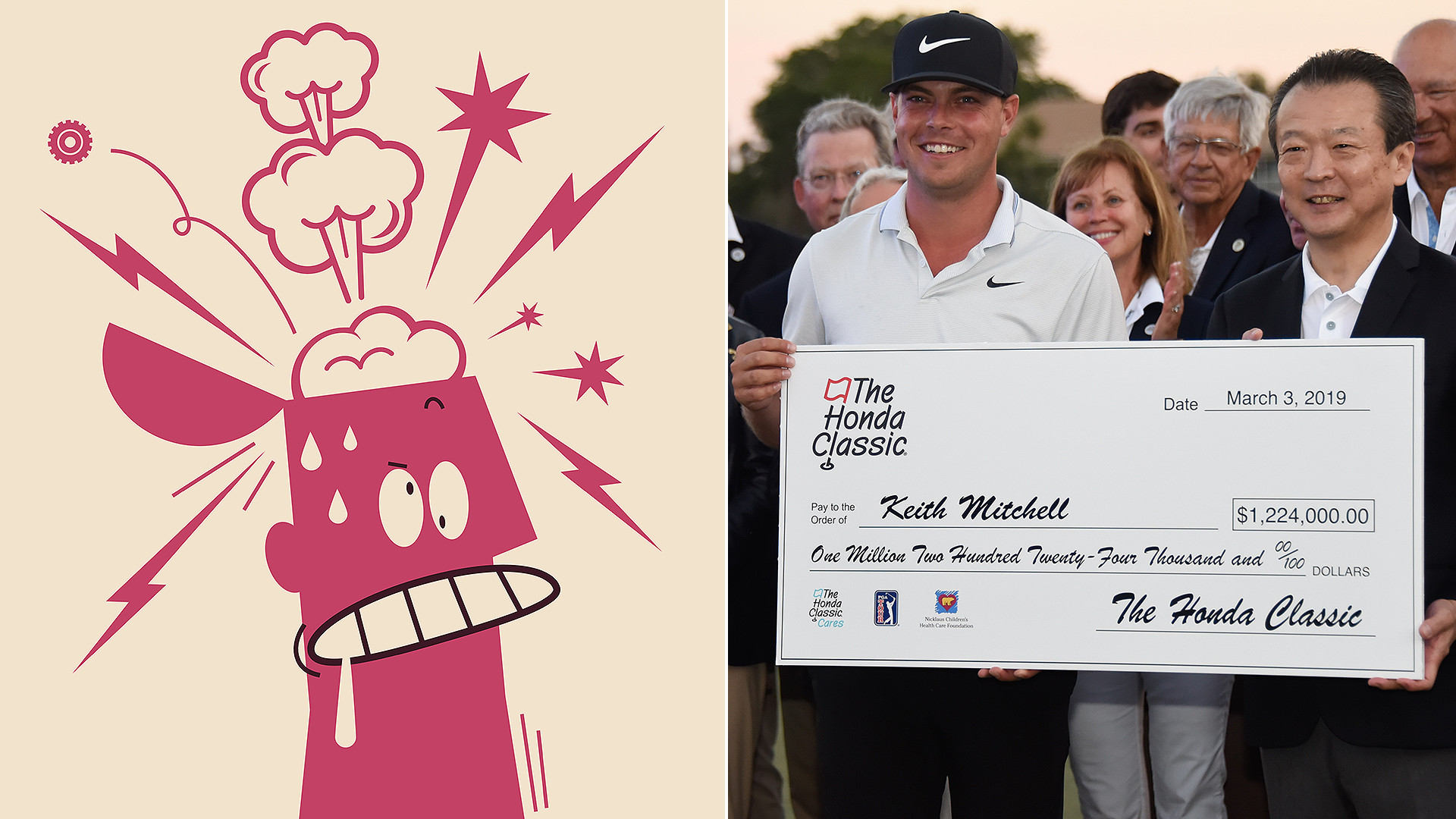 For all the folks out there who complain about the inordinate amount of media attention given to Tiger Woods whenever he does, well, anything, a quick look at the Twitter response to his surprise WD from this week's Arnold Palmer Invitational should give you the answer why.

And it's a pretty simple one – people care.

In a pair of tweets on Monday, Woods announced he was withdrawing from the field at Bay Hill because of a "neck strain" that he had been dealing with for a few weeks:

1) Unfortunately due to a neck strain that I’ve had for a few weeks, I'm forced to withdraw from the API. I’ve been receiving treatment, but it hasn't improved enough to play. My lower back is fine, and I have no long-term concerns, and I hope to be ready for The Players.

2) I'd like to send my regrets to the Palmer family and the Orlando fans. Its connection to Arnold makes it one of my favorite tournaments and I'm disappointed to miss it.

And to put it mildly, fans, followers, Tiger Trackers and even PGA Tour competitors lost their collective minds.

Along with the general sadness came offers for neck rentals, memes and GIFs galore and, of course, some Robert Kraft jokes.

Man, I’m playing in the event and I’m gutted to hear that. 😔

YOU CAN HAVE MY NECK I DONT NEED IT

My weekend is ruined

I know of a great massage place in Jupiter

So next time you find yourself complaining about the amount of coverage the 14-time major champ gets (you know who you are, you're probably very fun at parties), remember back to this random Monday when he nearly broke the Twitter machine without hitting a single shot.

If a golf tournament is played and there isn't a rules controversy, did it even happen?

That's certainly how it's beginning to feel as conversation about the Rules of Golf again overshadowed an event, this time the Honda Classic.

Last week's tournament at PGA National had it all, a penalty for a violation of the new caddie-alignment rule, Rickie Fowler figuratively (and almost literally) crapping all over the new knee-height drop rule and the USGA calling out Justin Thomas on Twitter.

Justin, we need to talk. You’ve cancelled every meeting we’ve planned with you, but we are reaching out again. We were at the first 5 events, and tournaments last year, and your tour has had a seat at the table for 7 years. We’d love nothing more than to give you a seat. Call us.

Justin, thanks for connecting with us offline. We look forward to meeting with you and talking through these issues. It's clear we both want to do what's right by the game.

This latest rules conflict bled into Monday, with PGA Tour commissioner Jay Monahan trying to calm things down by sending a memo to players regarding their constant criticism.

That should smooth things over until about Thursday, when someone has to take a funny-looking drop at Bay Hill.

Sounds like no one is quite sure what the answer to this riddle is, but there's no way it's to keep playing and then get in public spats with the game's governing bodies after walking off the course.

Whatever the resolution is in this case, here's to hoping it comes sooner than later.

Some would even say, "While we're young."

Lost in the rules madness was a fantastic Honda finish, as Keith Mitchell buried a 15-foot birdie on the 72nd hole to top Rickie Fowler and Brooks Koepka to claim his first PGA Tour victory.

Mitchell was apparently motivated by local newspaper headlines calling him a "no-name" over the weekend.

He was also referred to by the wrong first name on TV, a slight the first-time winner took in stride according to his Twitter account ... something much easier to do when you take home almost $1.3 million in prize money.

You can call me Kevin all you want. Just make the check out to Keith 😉 pic.twitter.com/Lcxh3xAGTO

So congratulations to Keith! You just won a giant check that says $1.3 million!

Remember, if you have trouble cashing that bad boy, try a bigger bank. One with a big check department.

We don't cover a lot of lacrosse here in the Grill Room (absolutely none), but pretty sure that after No. 8 in red finds his jock strap he has to hang up the cleats for good.

However, a couple of competitors brought their passion for the event to the clubhouse bar afterward, and things went sideways in a hurry.

It's not 100-percent clear what is going down in the video, with some NSFW language being thrown around and one guy calling another guy a "thief" and a "cheat."

But what is VERY clear is one angry man shoving (head-butting?) another man through a window, before landing several punches directly to his face.

Wow club champs is a serious business. Mike seems to have won the golf and the fight. pic.twitter.com/GzBrSfg7ts

Everyone knows the first rule of Fight Club is you do not talk about Fight Club. But no one ever said anything about putting it on social media and letting it to go viral.

That's why you should always check the fine print.

One of the oddest friendships in golf got a little odder over the weekend.

While playing with Jack Nicklaus, Kid Rock - yes, the "Bawitdaba" singer - made his first hole-in-one on the 175-yard second hole at The Bear’s Club in Jupiter, Fla.

The golf buddies, who have played several celebrity events together in recent years, posed for pictures that immediately made their way to social media.

First hole-in-one for Bob Ritchie (a.k.a. @kidrock)—No. 2 The Bear’s Club, 175 yards. Glad I slipped in some golf before settling in for some @hondaclassic action. Bob, the locker room thanks you for the free beverages! 😉 Video and narration by Gary Nicklaus (@gtnick1)

While it is crazy to think that Kid Rock is probably a better golfer than you, it's even wilder to know he's BFFs with the greatest golfer of all time.

As cliché as it is to say, what a time to be alive.

No one cares about Tiger. You heard it hear first.