With stacked leaderboard, an epic Masters weekend is on tap 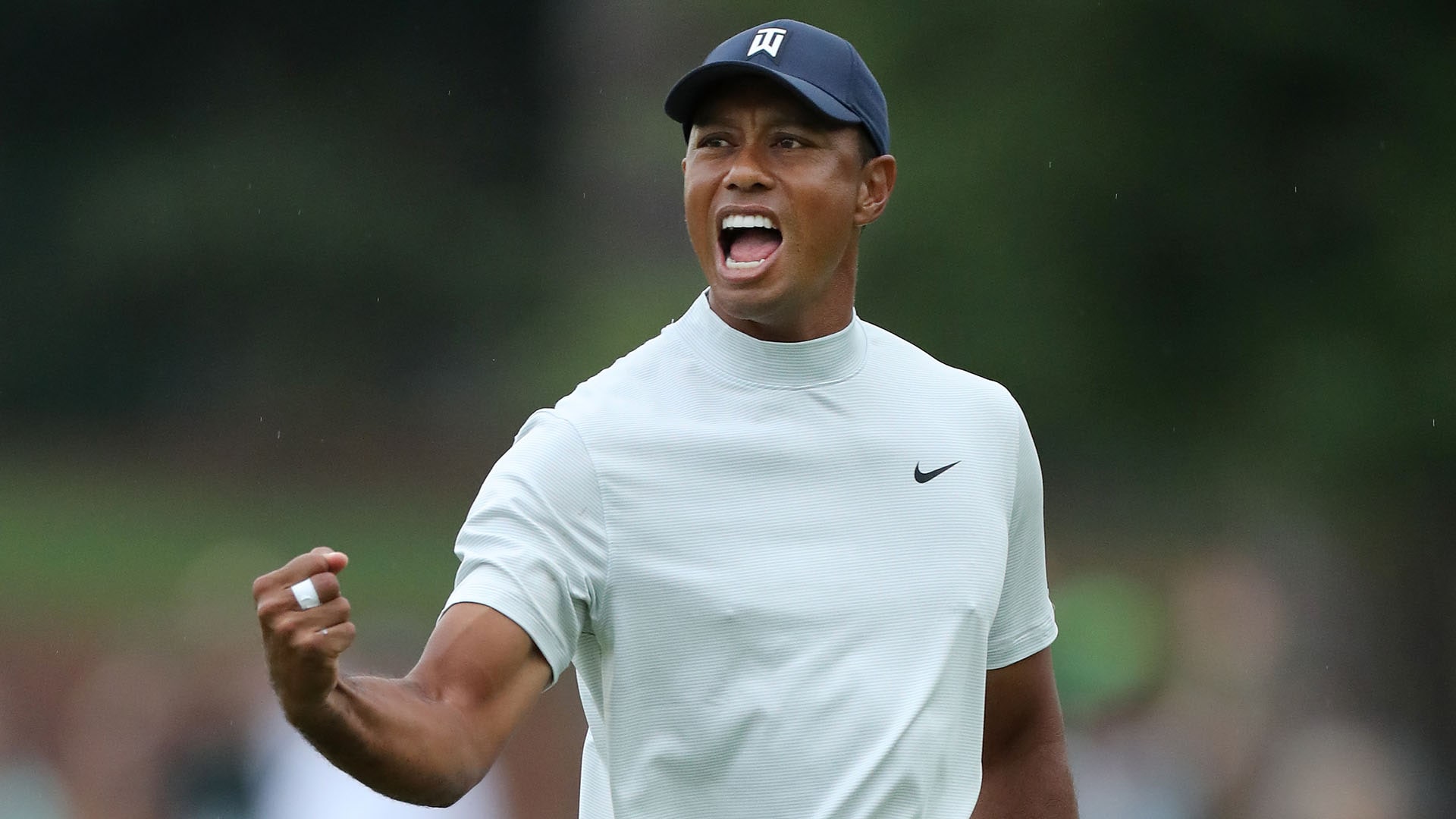 AUGUSTA, Ga. – Has a major championship ever headed into the weekend with more promise than this Masters?

• A five-way tie for first among five former major champions.

• Tiger Woods – one stroke back along with Dustin Johnson – seeking the most redemptive victory in golf history.

• Phil Mickelson in close proximity, with Rory McIlroy still in with a shot at completing the career Grand Slam.

Very often, the Masters has the best leaderboard of the year, and this one will probably end up the best of this year. But this may be the best 36-hole leaderboard in Masters history, or at least since three other major winners – Arnold Palmer, Jack Nicklaus and Gary Player – were tied at the halfway point in 1965.

Nicklaus won that year by nine shots, a prime example of the Masters traditionally producing higher quality winners than the other majors. As it was for Nicklaus, Ben Hogan in 1953 and Woods in 1997, Augusta offers a unique canvas for the best player to clearly define why he is the best.

How does the Masters do it? Does its leadership have an extra discernment when it comes to knowing what is best in golf? Or is the fix in?

A little of both.

Glass-half-empty cynics can point to the smallest field of the major championships (only 87 competitors this year). Take out the amateurs, aging former champions and a few of the more ceremonial international invitees, and that number shrinks by at least a dozen. Then add in a course that rewards (some would say disproportionately) length, creative scrambling and familiarity with the venue. The result is a sharper line of demarcation between those who can win and those who can’t, and finally a smaller pool of potential winners than any other major. No wonder, say the cynics, Masters leaderboards can look like a stacked deck.

Golf romantics take another view, beginning with Augusta National being founded on what both Alister MacKenzie and Bobby Jones loved most about the Old Course at St. Andrews, including:

Augusta National does all this, especially on the second nine where water comes into play so spectacularly the 11th, 12th, 13th and 15th holes. It’s on these holes that the tournament most often hangs in the balance, and where contenders must prove their competitive nerve.

Close observers of the Masters have also come to appreciate how the many captains of industry among the membership of the Augusta National provide a brain trust that has appeared to ensure club’s decisions about the tournament are sound. As former chairman Billy Payne said before passing the torch to current chairman Fred Ridley: “There is residing among our membership a wealth of talent that may be unparalleled in any organization in the world. And that gives us, I believe, the edge in the way we present our sporting event.”

So, while the U.S. Open is the hardest major to win, and The Open Championship has the most historic ties to the game’s origins, it is the Masters that is what more players want to win, and more fans want to watch.

And its leaderboard going into the third round in what could be an epic weekend further reinforces that status.