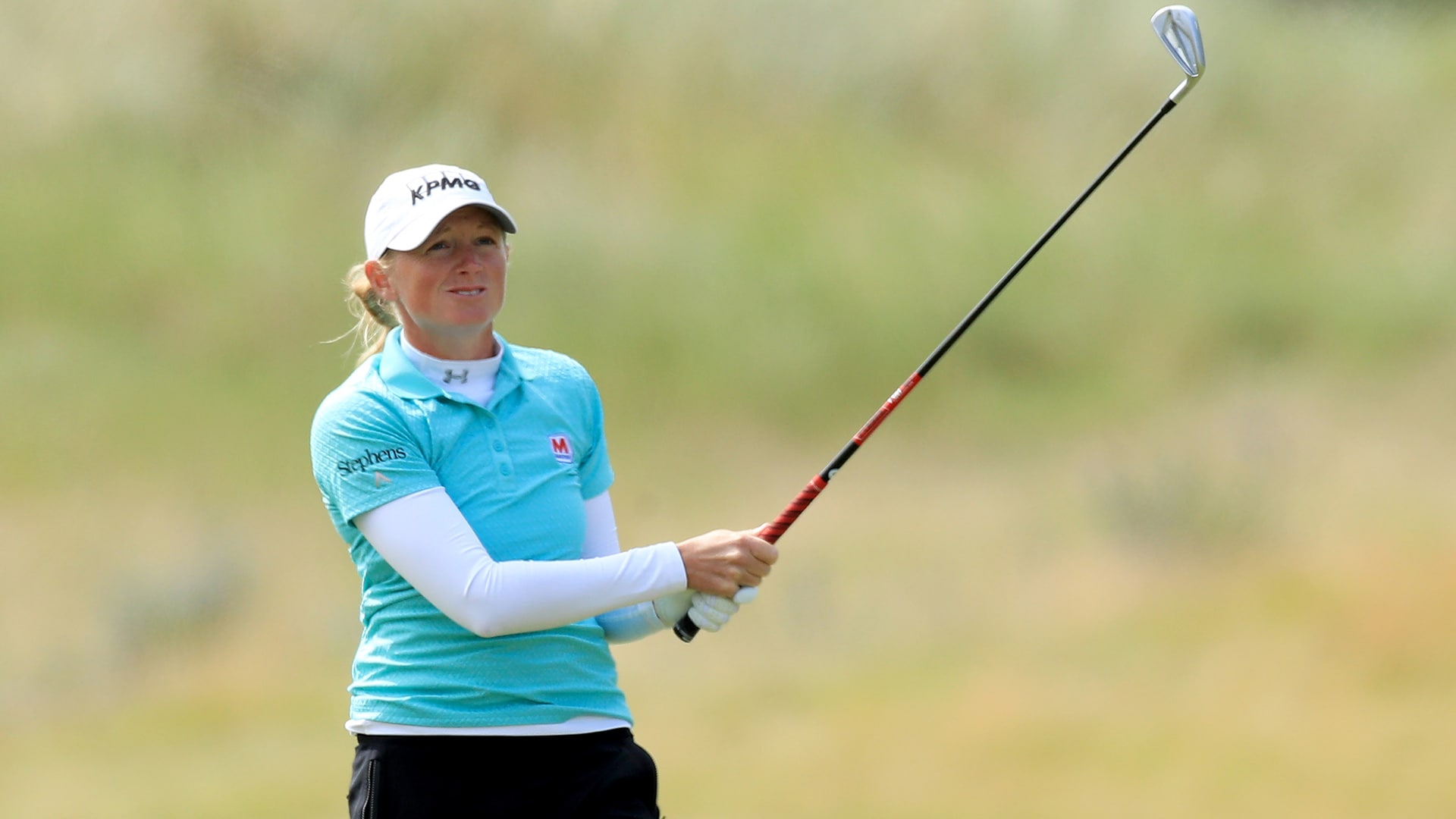 NORTH BERWICK, Scotland – Stacy Lewis shot a 5-under 66 for the lowest round of the week at the Ladies Scottish Open to take a share of the lead with Azahara Munoz after the second round on Friday.

Lewis, a former top-ranked player and a 12-time LPGA Tour champion, birdied the final four holes to bounce back from her only dropped shot – at the 12th – at the Renaissance Club in North Berwick.

The two-time major winner is looking for her first win in nearly three years - since when she has given birth to her first child, Chesnee - to take into next week's Women's British Open, which she won in 2013. 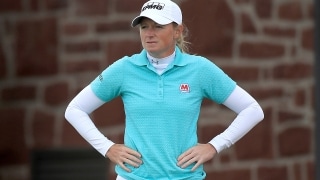 "I love links golf," Lewis said. "Everyone asks what my favorite golf course is and I say anything in Scotland. I love how creative you can be."

Munoz bogeyed the last hole for a 69 that followed up a 68 from the first round, and is also 5 under par overall.

Jennifer Song was a stroke behind after a 70, with Amy Olson and Olivia Cowan a further shot back after 71s.

Danielle Kang is bidding for a third straight win on the LPGA Tour, after back-to-back titles at the Drive On Championship and the Marathon Classic over the last two weeks, and the American is even par after two rounds of 71.

If Kang takes the title this week, she would become the first player since Ariya Jutanugarn in 2016 to win three consecutive events on the tour.

It is the first international event on the LPGA Tour since the Women's Australian Open in February.