Lewis bows out of Solheim Cup because of back injury 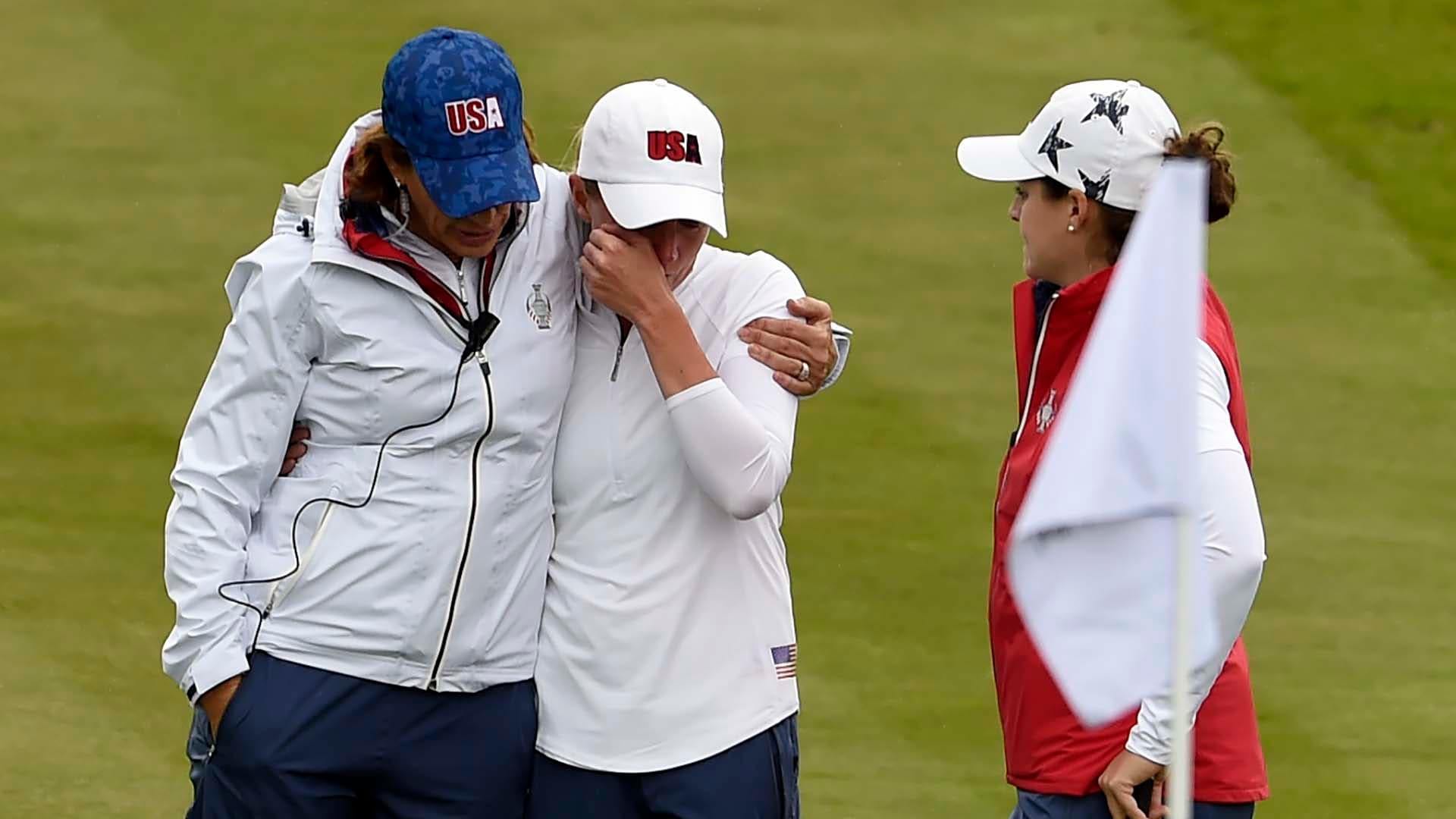 GLENEAGLES, Scotland ­– If the U.S. is going to win the Solheim Cup at Gleneagles, it is going to have to do so without Stacy Lewis.

The four-time Solheim Cup veteran withdrew from the competition Tuesday because of a back injury, which flared up on Lewis last week.

“I’m extremely disappointed not to be able to play,” Lewis said in a statement. “I’m a competitor and I want to play. … I’ve done everything I could possibly do over the last week to be ready to play. For my health and what I feel is in the best interest of the team, I decided to take myself out.

“I will take a different role with the team and will do whatever I can to help Team USA bring the cup home.” 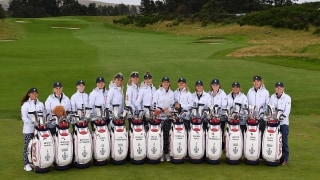 With Lewis, who was initially selected to the squad as a captain’s pick, now serving her team from the sidelines, first alternate Ally McDonald will replace Lewis on the playing roster.

“I didn’t want to make the team this way, but when [U.S. captain] Juli [Inkster] told me what was going on with Stacy, I was ready to step into either role, if that was being here and being part of the experience or being ready to tee it up,” McDonald said. “It was just mentally preparing for either scenario. I’m obviously very excited to play. This was a goal of mine to play on this team.”

McDonald, a fourth-year LPGA pro, will be making her Solheim Cup debut. However, the Mississippi State product did represent the U.S. at the 2014 Curtis Cup. That week, she partnered with Annie Park, also a member of this year’s Solheim Cup team, and beat Charlotte Thomas and current European Solheim Cupper Bronte Law in fourballs.

She has big shoes to fill, though. Lewis, 34, has a 5-10-1 career record in the matches, though she is 3-1 in fourballs and brings with her a wealth of experience.

“Stacy is one of the fiercest competitors I have ever met,” Inkster said. “I know this was an incredibly tough decision for her, but she also has the team’s best interests at heart. Stacy will stay with Team USA over the next week and will still be an incredible asset to our crew. But when I had to choose an alternate, I knew Ally would be able to step up for the challenge. She’s got a cool head but a fiery spirit. I know she’ll bring her best to Team USA.”