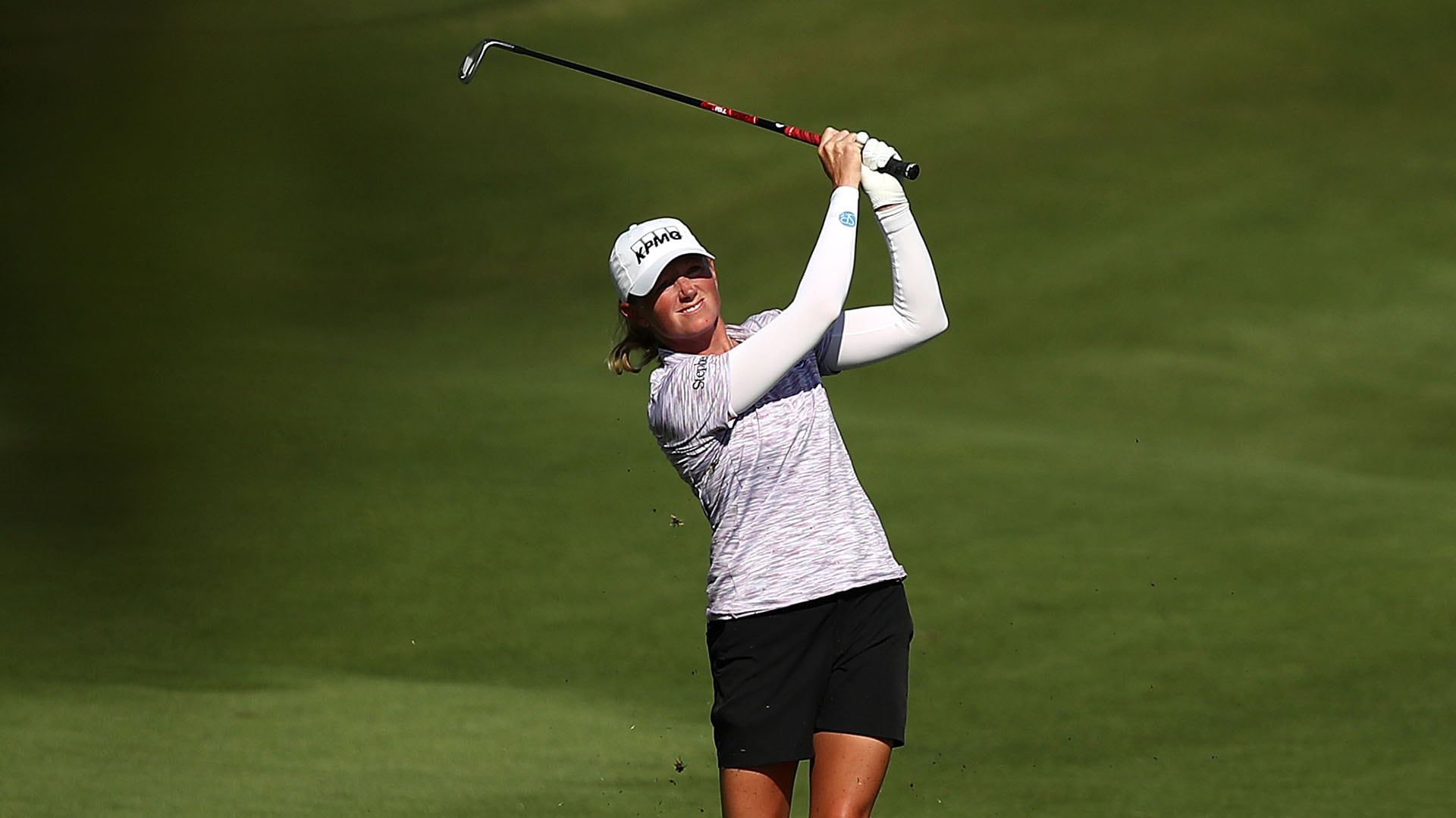 With her mother with her to look after son Baren, the 34-year-old Stoelting had a bogey-free 7-under 64 - playing her first nine in 5-under 30 - to join Anna Nordqvist and rookie Esther Lee atop the leaderboard.

''Didn't really have many expectations, but also have an extremely different perspective on life now that I'm a mom,'' Stoelting said. ''I was pretty much in quarantine the last 11 months with a child.''

She played in the first group of the day off the 10th tee at Pinnacle Country Club, giving her the afternoon off and a late start Saturday in the second round.

''I think the great thing with having my child is now in the past I would've sat there and looked at scores and just sat in my room not knowing what to do,'' Stoelting said. ''Now I have a great distraction, and my husband's actually flying in this afternoon.''

She made her first tour start since June 2019.

''I would've gone back earlier, but everything with COVID, and flying with a baby just makes things a little bit more difficult,'' Stoelting said. ''I actually played in the Florida Open three weeks ago as a test event just to see if even I was OK mentally, physically being away from my son while I played. I finished third there, so I was like, 'All right!' Literally, the next day I signed up for Arkansas.''

Stacy Lewis birdied the last two holes for a 66. The former University of Arkansas player won the 2014 event at Pinnacle. She won the Ladies Scottish Open two weeks ago for her 13th LPGA Tour title and first since the birth of daughter Chesnee in October 2018.

''Every opportunity I get to play right now is special because I feel like I'm playing well,'' Lewis said. ''Just need rest is kind of the key. But I love it here. I love this golf course. It's unfortunate we don't have the fans this year, but it's still special being here.''

Nordqvist, the 33-year-old Swede with two major titles and six other LPGA Tour victories, also opened with a 5-under 30 on the back nine in a bogey-free round.

''Today was really good,'' Nordqvist said. ''I feel like I've done a lot of good things the last couple weeks. It just hasn't really paid off. It's been a little bit disappointing, a little bit frustrating. But had a pretty good talk with my caddie and fiancee the beginning of the week, and I feel like they kept me in it.''

Lee is making her sixth start of the season and her career. She broke 70 for the first time on the tour after missing the cuts in her previous five events in the coronavirus-interrupted season.

''I's been hard to find a rhythm for tournament golf,'' Lee said. ''I've definitely struggled the first few back. It's nice that when everyone was in Scotland for two weeks, I was just at home and just kind of took a breather. Just kind of re-examined everything and seems to be working well so far.''

Alexa Pano, the 16-year-old Florida amateur playing on a sponsor exemption, had a 72.

Coming off the Women's British Open last week, the tour is week next week before the major ANA Inspiration in California.